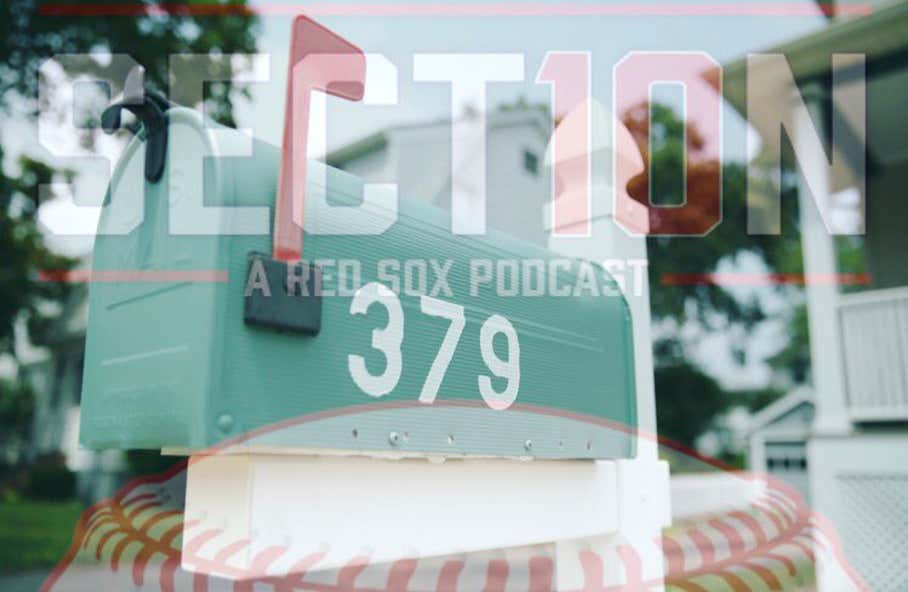 On Episode 109 of the Section 10 Podcast, we’re breaking out the ol’ listener mailbag and you guys brought the heat. Before we got into the mailbag questions, I had to address the elephant in the room — the fact that I fell asleep during the 15-inning Red Sox game on Tuesday night and missed the end of a Red Sox game for the first time in years. I also explain why I was at Barstool HQ this week, which might shed some light on a topic that keeps getting brought up by Barstool Redditors. We break down the timeline of Todd Frazier trade rumors and how the Yankees swooped in at the last second. Oh, and a rather interesting video of a certain NESN sideline reporter made the internet rounds this week, so we break that down.

Before we hit the mailbag, I cut a WWE promo on Pablo Sandoval for shitting on the San Francisco Giants after signing with Boston and then immediately crawling back to them after getting released by the Red Sox, how Aubrey Huff’s Facebook rant about Pablo in 2015 ended up being true, and a story about an incident between Pablo and one of his Red Sox teammates that hadn’t seen the light of day until this podcast.

Mailbag Questions — Between Pete, Steve, and me, who would hit cleanup, who would be the closer, and who would be the manager? What’s your favorite bagel flavor? What position should this listener be best at if he wants to fuck chicks? Listener has a date with a guy to a Sox game and he said he likes the NESN sidebar — should she run or get free dinner first and then run? Most significant player in Red Sox history — Mike Timlin, Doug Mientkiewicz or Bronson Arroyo? Would you toast or not toast a bagel you bring to work?

Over/under Pete being on 70% of the shows from now until October? What’s the best game you guys have ever been to? Will you guys celebrate the Pablo release as much as the Pablo DFA? What Red Sox position player would you most want to see pitch? (With a live response from Jackie Bradley Jr. himself) Would you rather have the career of Jason Varitek or Dustin Pedroia? Are you guys down with the “C” on the jersey for MLB captains? MFK — Sweet Caroline, The Wave, $10 beers. Start one, bench one, trade one — Andrew Benintendi, Xander Bogaerts, and Hanley Ramirez.