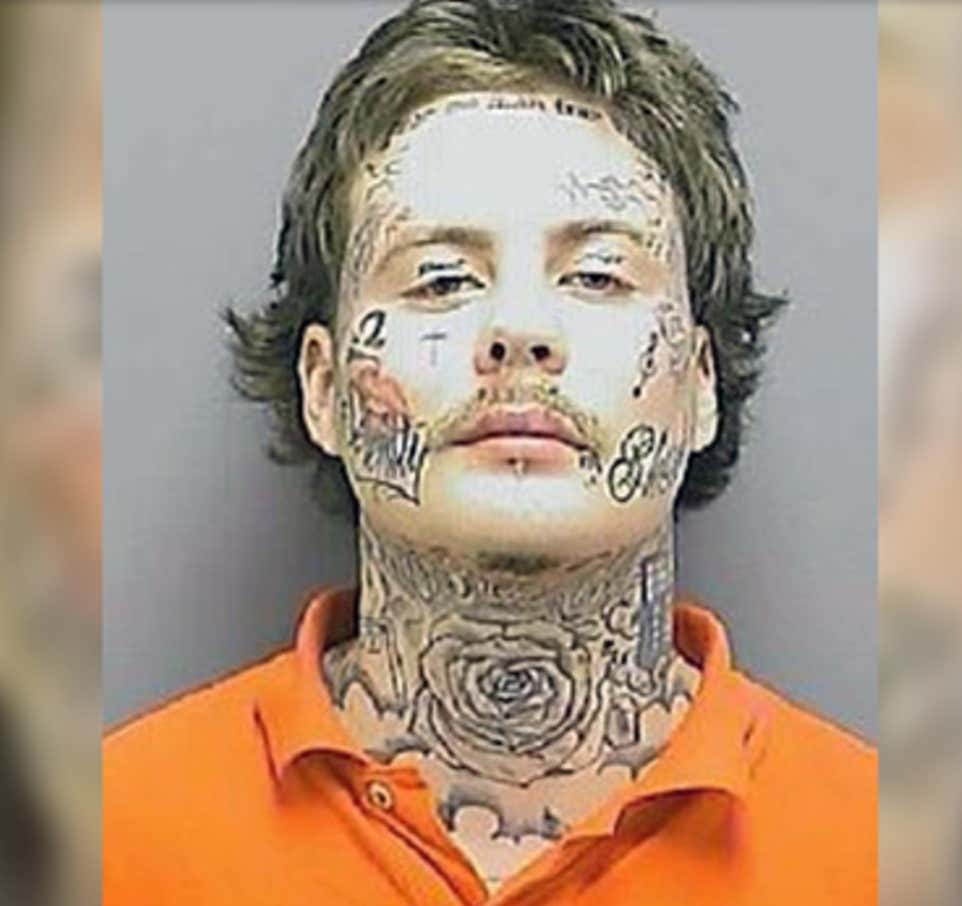 Fox 5 - A man who stole a cash register from a thrift store in Frederick was taken into custody on Thursday, according to authorities.

Mewshaw walked into the store, grabbed the cash register and fled, according to officials.

Police said they were able to track Mewshaw down thanks to witness statements and video surveillance.

These are easily my favorite arrests. My favorite mugshots are when the people are crying, usually because they just sobered up and found out they took 18 tequila shots and drove the wrong way down a 1 way street into a playground, but my favorite arrests are when the people are covered in face tattoos. I love the balls on these people to think they can get away with robbing stores in broad daylight, completely forgetting their face is a walking billboard of meth and FASD.

And the thing is, from my nearly 4 years of blogging, I’ve come to the realization it’s not hard to rob a bank or a store. Like when I’m eventually fired, I’d love to get into the bank robbing game. You put on a mask, smash and grab, you’re in and out in 12 seconds flat. You just have to make sure you cover up the smallest of details, like not write your demand note on a personal check, or having your face covered in tats. If you can  overcome those two minor obstacles, you’re golden, pony boy. Otherwise, you’ll be serving jail time for stealing 97 dollars from the Goodwill store down the street.

PS: This kid was great flow. No denying that. Wouldn’t even shock me if that’s why he went sans mask. Probably thought about putting one on, but then realized his hair was too wavy to mess up with a ski mask. Better to take your chances than to muff up the lettuce.