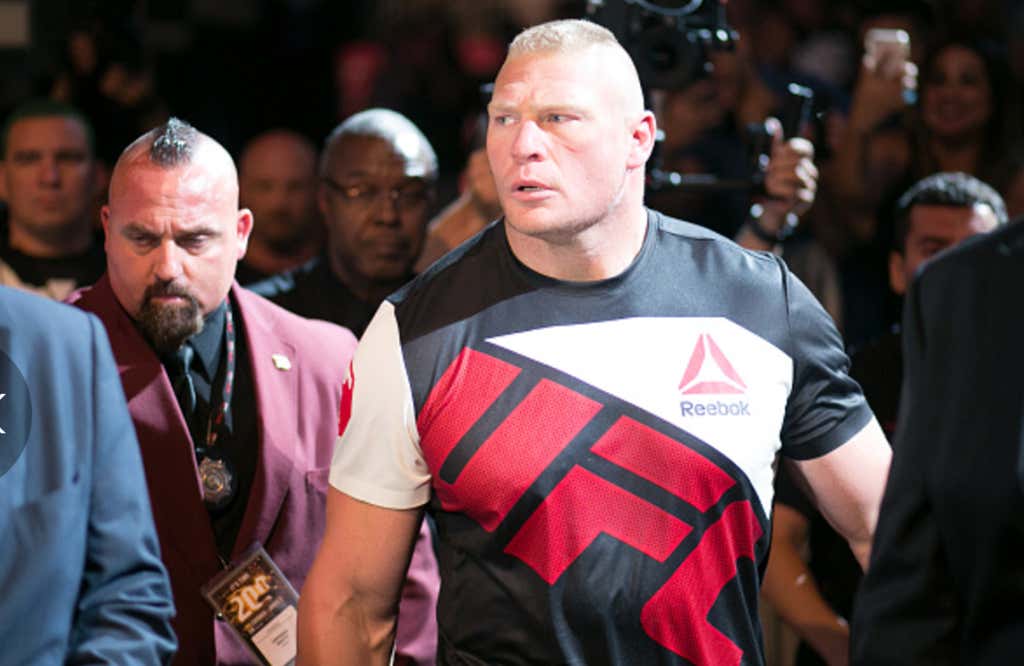 There’s an MMA “insider” on Twitter that goes by the name of @TalkMMA (I use “insider” loosely, he’s very hit or miss) that tweeted this yesterday, causing the MMA world to go into a frenzy:

Everyone reported this, Dave Meltzer came out and said Brock had re-entered the USADA pool, and many jumped to the conclusion that he’ll fight Stipe Miocic for the UFC Heavyweight Championship at Madison Square Garden in November. Now, when Brock failed his USADA test last July, he was suspended for one year but remained in the testing pool. This means he was subject to USADA showing up at his doorstep and checking to see if he was on steroids. He officially retired from MMA in February, which halts both testing and his suspension, so when he inevitably un-retires (I believe with all my heart that we will) he’ll have to serve the extra six months he was originally suspended for. This makes MSG in November unattainable, especially with Mark Hunt’s current lawsuit against the UFC for letting Brock fight him on steroids last year.

Marc Raimondi (a fantastic journalist from MMAFighting.com) finally confirmed for us last night that Brock has NOT re-entered testing, but didn’t rule out the possibility of it happening in the future.

My take: There’s been talk of Brock Lesnar putting Roman Reigns over HUGE at WrestleMania next year since before this past WrestleMania, because just like in 2014, WWE doesn’t expect him to re-sign. If you remember correctly, there were pretty big issues with the company and Lesnar in the build to WrestleMania 31, and he even walked out on them during a live RAW. He has kept up with his MMA training, has a huge passion for it, and is obviously a huge draw for the UFC so they’ll jump over hurdles to get him back in a time period where they’re dying for stars, particularly at the heavyweight level. There’s no doubt in my mind Brock Lesnar will compete in the Octagon again one day, but it won’t be in November.