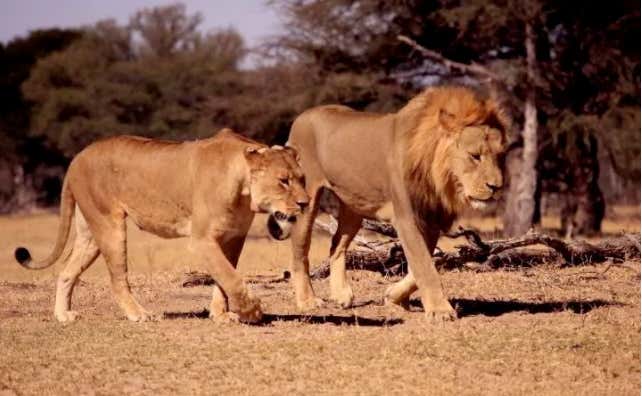 One of Cecil the Lion’s cubs has been shot dead by a big game trophy hunter in Zimbabwe, just two years after his father was killed in similar circumstances.

The six-year-old lion named Xanda, who was in his prime, was killed just outside the Hwange National Park in north west Zimbabwe, not far from where Cecil was killed in 2015.

His death was discovered because Xanda was wearing an an electronic collar, fitted by researchers monitoring his movements in the area.

It is with the heaviest of hearts that I bring you such devastating news. I hate being the one to tell you of Xanda’s passing but you needed to know. Just two short weeks after his father Cecil the Lion was killed, Xanda has succumbed to his gun shot wounds and is dead.

I know what you are thinking. You’re thinking that it’s very brave of me to have the courage to write this blog so soon after Xanda’s death. You’re right. It is brave. I’m gonna get through this just like I got through Cecil’s death with many shots of booze and some angry shit posting on twitter.

Half mast is too damn high. (just change horse to lion. No analogy is perfect, you mother fuckers)