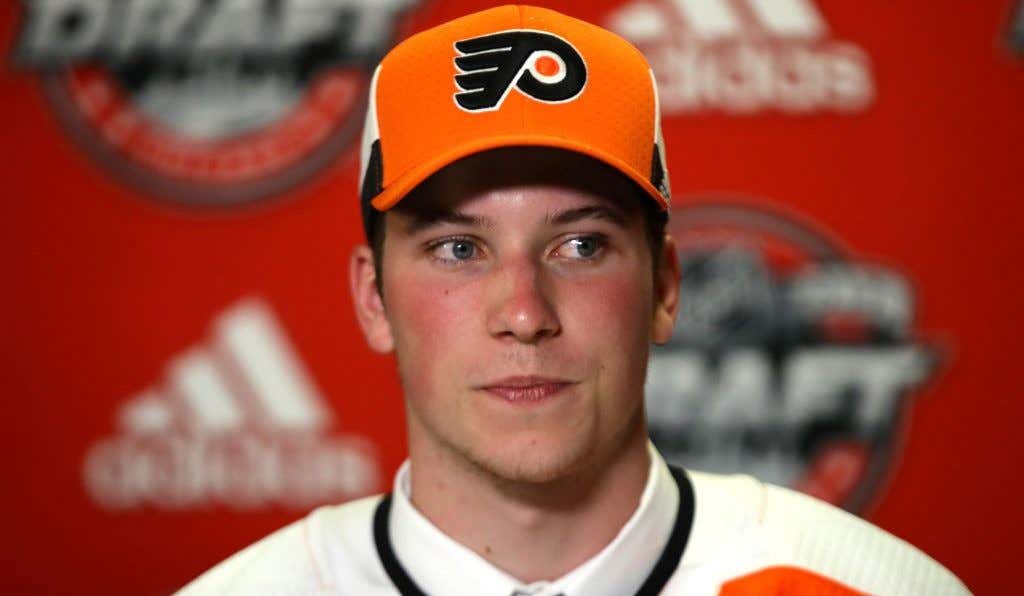 Nolan Patrick is 18-years-old but already has a pretty lengthy injury history. Everybody, including the Flyers, knew this before he was drafted 2nd overall back in June. Now I know this may come as a shock to many of you, but I am actually not a doctor. Never even applied to med school before. With that being said, I’m almost certain that it’s a good thing Nolan Patrick has gotten these injuries out of the way now instead of later. Like I said, the kid is only 18. Think about your body at 18. You heal so much faster and when you have doctors that know what they’re doing, you usually heal up better than you were before. Nolan Patrick has had so many surgeries at this point that he’ll basically be a super human by the time he’s fully healed.

But yeah. The Flyers drafted Patrick 2nd overall back in June and then after he was drafted, it was announced he’d miss development camp after he had surgery 10 days before the draft. So the Flyers 100% knew about this, but they were just waiting until right before development camp to announce it. With that being said, Flyers fans still got pretty skeptical with the 2nd overall pick already missing “time” on the ice due to injury just weeks into his career here.

So he missed prospect camp but was scheduled to skate for the first time today. That is, of course, until the Flyers announced this, this morning.

An infection…. in his…. face? What in the friggin’ fuck? I guess this is what happens when you let kids grow up idolizing Sidney Crosby as their role model.

Kid can’t catch a break. Missed all but 33 games last season with multiple injuries. And now he’s got whatever the hell this is going on. And while I don’t necessarily love to speculate and start rumors, I think we all know what’s going on here.

Like I’ve said twice before, Nolan Patrick is just a teenager. So methinks that he’s probably just dealing with a face full of acne right now. Only he knows that this is his first time on the ice in a Flyers’ uniform and he knows that all the cameras will be out at the Skate Zone today. He doesn’t want the first batch of photos that come out of him wearing a Flyers jersey on the ice to be with a face full of acne. That’s humiliating. So you call it a face infection, which is just a fancy phrase for “upper body injury” and you wait until that shit goes away. Literally nothing at all to be worried about here.

Unless he’s already been introduced to the puck bunnies in the Philadelphia area and let one of them use his face as their personal penalty box. In which case, that face infection is going to last for a while. Either way, Nolan Patrick is fine and he’ll be fine and everybody can shut the fuck up about his injury history already. Only thing worse than people talking about Nolan’s injury history is John Boruk even considering the Flyers would move him to the wing. Holy shit, bud. I know you’re taking over for Panotch but you don’t actually have to become him.