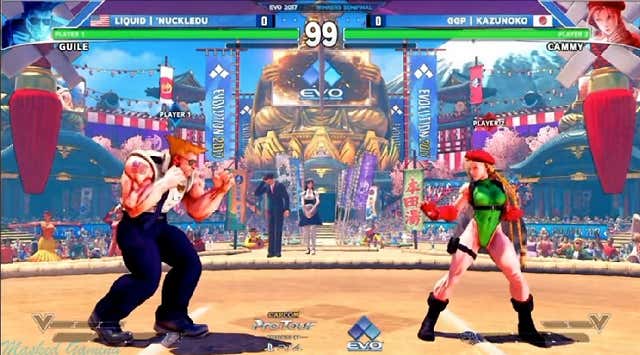 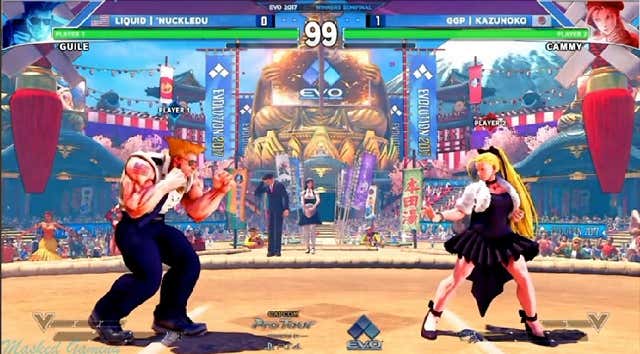 One Angry Gamer – We finally have a reason as to why the default green leotard outfit that Cammy has been wearing in Street Fighter games since her debut in Super Street Fighter II back in 1993, was banned during the live broadcast of the Top 8 EVO 2017 finals for Street Fighter V on ESPN 2: It was due to broadcast standards on cable television. …

We recently reported that regular Cammy player, Kazunoko, was asked in between sets to change Cammy’s outfit while he was going against NuckleDu during the live broadcast on cable television. …

A staff member from EVO raced up on stage after Kazunoko finished the match and quickly advised him to go back to the character select screen. Kazunoko was clearly confused at first. The staff member then advised him to swap out outfits to something more suitable for the broadcast, so Kazunoko picked Cammy in her Capcom Pro Cup Tour dress with spandex shorts underneath. …

Worries are now mounting that perhaps this could lead to less sexy outfits for the female fighters in the future as attempts are made to make fighting games and the FGC more mainstream.

Thank you, ESPN. It’s good to see somebody out there still gives a damn about broadcast standards. I’m glad someone is will to take the tough stand and draw the line somewhere to protect the children.

Of course they can show real life gymnasts in actual leotards that show their physical glutes. And if there’s another reason to show Women’s Beach Volleyball other than ass cheek, it’s escaped the world’s notice all these years. Not to mention the women’s body building competition. And The Body Issue is an ESPN creation if I’m not mistaken. And that’s empowering. Or something.

While we’re at it, unless Street Fighter has changed a lot since I last played it, the whole point of the game is to commit bloody, violent mayhem. It’s also worth noting that if you’re good enough with a controller in your hand to be watching the Top 8 EVO finals, you’ve probably figured out how this whole Internet thing works and seen real asses by now.

But right, let’s make sure we spare America’s population of virgin gamers from getting their minds poisoned by a video game characters’ outfit. No wonder ESPN is doing so well right now. Look away, children. Look away and save your souls.