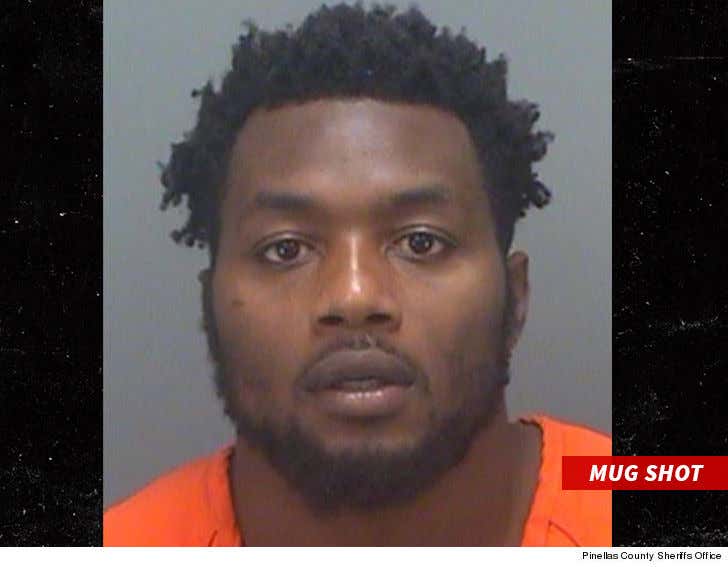 Jaguars star DE Dante Fowler was arrested for battery after allegedly roughing up a man Tuesday night in Florida … TMZ Sports has learned.
Fowler — the 3rd overall pick in the ’15 draft — was arrested by St. Petersburg PD around 8:30 PM after cops say he got into a fight at an apartment.
According to the police report, Fowler, 22, punched a guy and broke his glasses after after a verbal argument. Cops say the victim didn’t have any visible injuries. Cops also noted they don’t believe DF was under the influence of alcohol or drugs.
Fowler was arrested for 2 misdemeanors … simple battery and criminal mischief.

Before we begin, can we all stop being so loosey goosey with the word “star.” Dante Fowler is far from a star. He’s a top 5 pick who has already been supplanted as the starter. He was replaced by then rookie Yannick Ngakoue as the starter in like game 3 last year. Yannick was pick 69 of the draft. Nice.

I dont know what happened here or if Dante was even in the wrong for punching the guy. Sometimes you can have a good punch. Maybe the other dude was talking shit and deserved to get punched. Who knows? Not me. But breaking the guy’s glasses and throwing his booze because he criticized your driving?

Come on, Dante. You gotta be bigger than that. I’m not even gonna go into the wasting the booze part of this because I feel sick about it. You know my thoughts on that already.

Anyway, I’m a certified glasses wearer and I’d be absolutely devasted if someone broke my glasses. Insult to injury city. I mean, I could go to WarbyParker.Com and use the promo code Chaps and utilize their free try on program and Iphone app but some people dont know that. You do, now. Hopefully the dude Dante punched reads this and takes advantage. He’ll need those glasses to watch Jaguars Star DE Dante Fowler attack the quarterback instead of himself in this upcoming season.