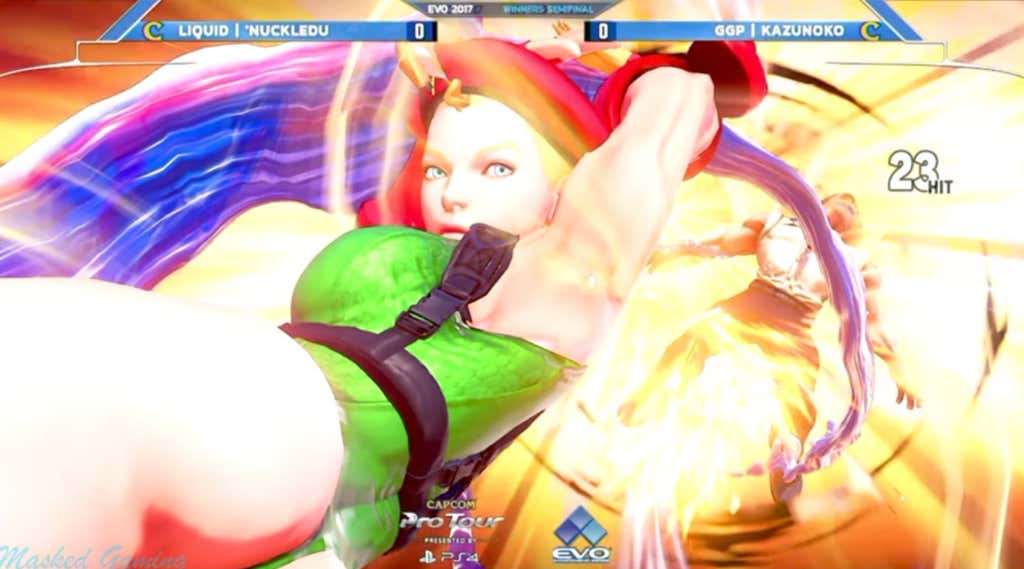 RocketNews – When video game developer Capcom revealed Cammy as one of the playable characters in Street Fighter V, a bit of a firestorm flared up as some gamers went to far as to call the British martial artist “shockingly ugly,” particularly when judged against her appearance in previous installments of the franchise. Now Cammy is stirring up controversy again, but this time it’s not that some people think the character design is too ugly, but too sexually provocative.

During last weekend’s Evo 2017 e-sports tournament in Las Vegas, Japanese competitor Ryota Inoue (who competes under the mononym Kazunoko) advanced, on the strength of his Cammy play, to the Street Fighter V finals, where he found himself paired against American player Du Dang, also known as NuckleDu…

…Just before the second match starts, a tournament official can be seen speaking with Kazunoko. The gamer looks puzzled as the official fiddles with his controller before giving a nod of acquiescence and holding up a hand in the “OK” gesture. According to competitive gaming website Compete, the discussion took place because cable sports network ESPN, which was broadcasting Evo 2017’s Street Fighter V finals, was uncomfortable showing Cammy in her default outfit, and so “The request was made per broadcast standards.”

So as you see in this video, buddy over here is getting his rocks off by playing Street Fighter as Cammy and flaunting this fine piece of cartoon ass all over ESPN’s airwaves. 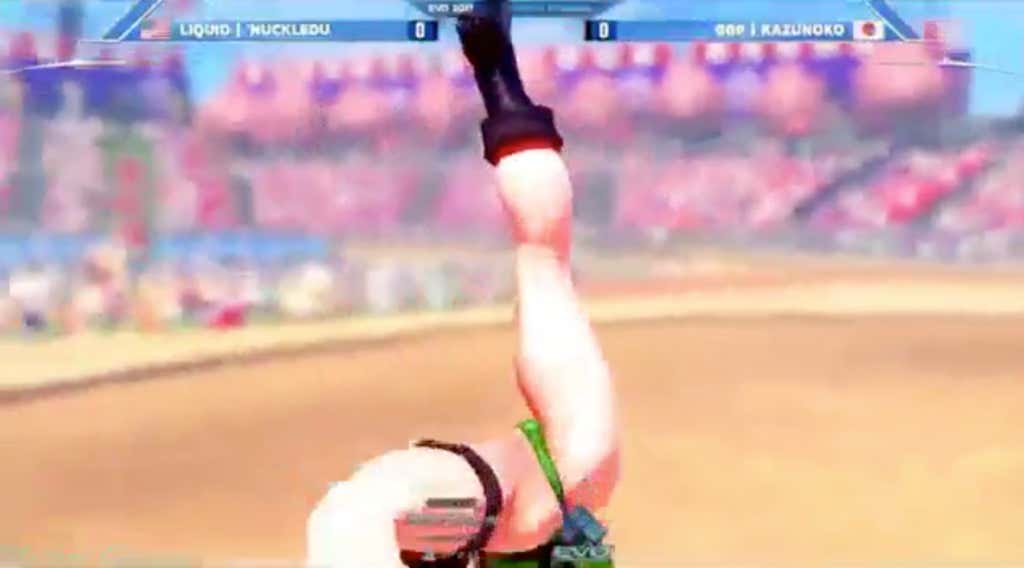 One moment you think you’re just airing an innocent video game. The next moment you’ve got a million nerds beating their meat to your broadcast. Cammy doing everything she can to bring GTA back. But then the virgins over at ESPN deemed that an ass like that is much to thicc to be appropriate for television and told our buddy over there to change into something a little more modest.

So Cammy changes into a little black dress, nerd boners everywhere are instantly deflated and now we’re back to just watching a guy beat the shit out of a woman.