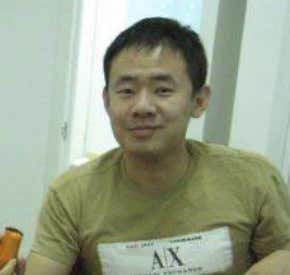 Source - Iran says it has sentenced an American graduate student to 10 years in prison for spying for U.S. and British intelligence agencies. The Princeton University student was in Iran doing research when he was arrested.

Xiyue Wang, is pursuing a Ph.D. in Eurasian history, studying local government in predominantly Muslim regions during the late 19th and early 20th century. The fieldwork stage of Wang’s scholarly research took him to Iran about a year ago, Kotkin says.

“He was arrested in Iran last summer, while there doing scholarly research on the administrative and cultural history of the late Qajar dynasty in connection with his Ph.D. dissertation,” Princeton spokesman Daniel Day said in a statement.

This weekend, the Mizan news agency, a mouthpiece for Iran’s judiciary, broke the news of Wang’s 10-year sentence. It said Wang was accused of gathering confidential articles with the intention of delivering them to the State Department and Western academic institutions.

The State Department issued a statement saying it’s aware of the reports of Wang’s incarceration and is calling for the “immediate release of all U.S. citizens unjustly detained in Iran so they can return to their families.”

Yeesh, here we go again. This sounds eerily similar to the Otto Warmbier story. Except instead of ripping a poster off the wall he was photocopying documents. As terrible as it sounds you’ve got to blame Xiyue here. You’re a PhD student; you should know the Middle East doesn’t play when it comes to its religion. Of course they’re going to be upset you’re rifling through the Iranian Dewey Decimal System looking for dirt on it.

I’m not going to pretend I know anything about academia, but couldn’t he have done the research online? It’s “field work” but it must have been an option. No academic institution is going to force a student to go to Iran. And if they do, just say no. The risk isn’t worth the reward. Especially considering the reward is a dissertation that nobody is ever going to read.

I understand why we don’t negotiate with these countries but situations like this make me wish we did. It’s not like we have to keep our promise. They’re scum bags, let’s sink to their level and beat them at their own game. That or send in some special ops and break them out, Captain Phillips style.

I hope Xiyue comes home soon but something tells me he’s in it for the long haul. The US has called for immediate releases before and nothing ever happens. We can’t threaten them with sanctions because we’ve already thrown the book at them. Even if we do, what’s one more to them? Iran has a history of using people as political pawns. If this was North Korea we could send Dennis Rodman over but it’s not. Hopefully there’s a positive outcome but only time will tell.