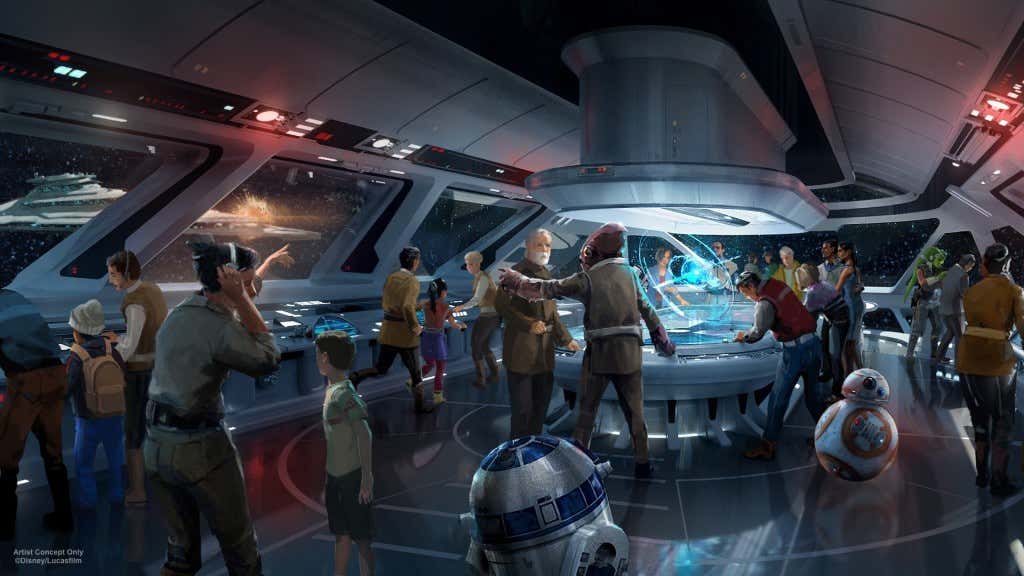 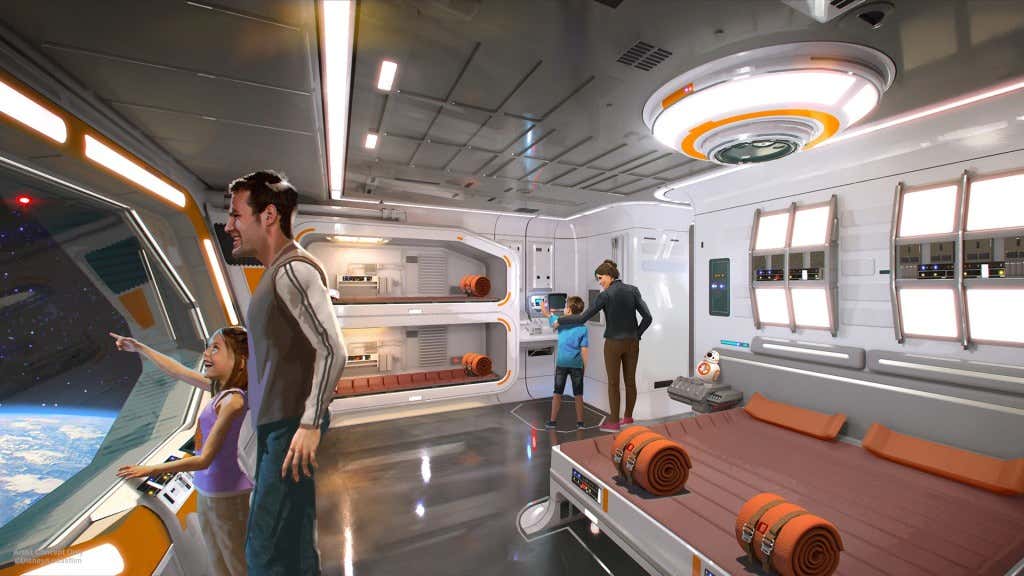 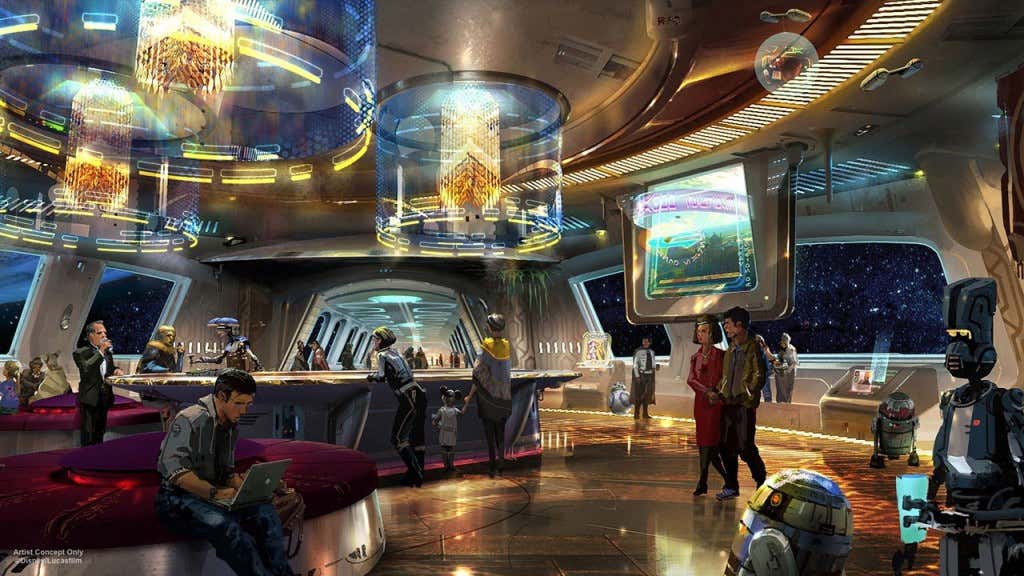 The survey is not being conducted by Disney, but rather by a contracted third party. The survey includes concept art and many details of what the experience would be like…

This all-inclusive, 2-night immersive resort experience at Walt Disney World would include:

– The opportunity to experience a 2-day story set in the Star Wars universe
– Be surrounded in a continuous, story-driven entertainment experience as it unfolds over the course of the 2-night stay
– Have personal interactions with Star Wars characters, live performers throughout the starship (experience the story or simply observe the action according to personal preference)
– Engage in the story with programs such as flight training, ship exploration, lightsaber training, and personalized secret missions (both on the starship and throughout the Star Wars themed planet)

I don’t know what Barstool will look like if/when this hotel is built and where I will be in my “career” at that point (I use that word verrrry loosely). But all I can think about is how I need to boondoggle my big ass down to Orlando for a few nights. By that point, Robbie will be legally able to drink, which means I will not longer have to tell people I am hanging out with a teenager in Florida, which seems reeeeeeally creepy to the uninformed. Or maybe Nate can win the World Series of Poker and I can bring my own kid down there since she has become a Star Wars diehard by the grace of God. But I can’t fathom paying $1000 per person just to re-enact this scene with Robbie (or my daughter, I guess).

Regardless of how I get there on someone else’s dime, I need it to happen. People say this is a real life Westworld. And even though I have never seen the show, hearing things like that still get me really excited. I still get giddy when I go to the ice machine or find a game room in my hotel. I can’t even imagine what it’s like to live out a story at your hotel, let alone a Star Wars story. Disney may rob you of every last dollar in your bank account, but at least you are having a good time doing it. Mickey Mouse and company are basically the greatest hooker in the galaxy.

And you know what the best part of this hotel will be? The pool will probably be as desolate as Hoth in February. That hotel is going to be packed to the brim with nerds that have a bigger fear of the sun than Chaps. No Star Wars fanboy is going to play Marco Polo outside if they can hang out with R2-D2 inside. The pool at the Star Wars hotel will be the only pool out of the 8,000 in Orlando that isn’t filled with shitty screaming kids.

But the obvious downside is that the last thing people want after coming back from a day at Disney is to deal with being in a story with actors and droids and shit. Sometimes you just need to decompress when you get to the hotel and I feel like the story would change based on your choices. And like anyone else with a brain, I cheated my ass off when I read Choose Your Own Adventures books. I don’t need my arm getting chopped off by some random Jedi because I needed to hit a cantina because my feet were hurting and I wanted to murder my entire family because of 48 hours at the Magic Kingdom. Now lets start working on a Toy Story house, a Moana hut, and a bunch of other shit that will cause idiots like myself give Disney wayyyyy too much of my money for a vacation.

But seriously, I neeeeeeeed this boondoggle. Getting to the Star Wars Convention only makes me want to hang out with fellow Star Wars weirdos more.