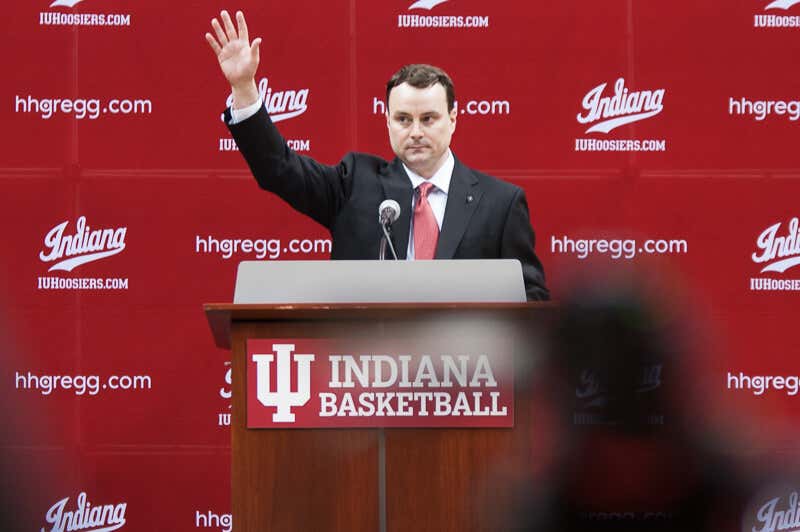 This is absolutely significant news as we start seeing schedules getting released for nonconference games. Come February/March you start hearing about quality wins and trying to compare resumes. It’s not the easiest thing in the world as you have to factor in where the game took place, were there injuries/suspensions and more things along those lines. Well, now the NCAA Tournament Committee is taking a page out of KenPom’s book by emphasizing road wins and I for one am in love with the decision. Why do I say KenPom’s book? Well, because he has a Tier A and Tier B section. Tier A is top-50 games and Tier B is top-100. He factors in where the game is played, so while you may play the same team three times in conference, you could have 2 in Tier A and 1 in Tier B. It just makes sense.

“Effective with the 2017-18 season, team sheets will place greater emphasis on where the games are played rather than the ranking of each opponent,” the NCAA said.

That line right there gives me hope for the NCAA. I had no idea they could make that much sense. Going by a ranking system is flawed so much due to the human element of bias when ranking in the AP/Coaches and the RPI is extremely flawed. Factoring in where the game is played means more than the number next to a team. This in turn should also play a role in how teams schedule nonconference games after this year. My guess is we will see more neutral court games between bigger teams and midmajors benefiting the most as they will have no problem traveling to play teams to get that ‘quality win.’ Here’s how the four columns on team sheets will look starting this year. Note, the numbers are still RPI numbers:

According to CBS, there is a source that said KenPom’s offensive and defensive efficiency ratings could be used as well to the team sheets. As everyone knows, I love KenPom and anything that incorporate his data into forming a bigger picture is something I’m all for. Now, there still will be problems when it comes to seeding teams and placing the bracket together, but these are all steps at least to eliminate dumb decisions by the committee.

Archie Miller and Indiana are on Fire Recruiting:

So that Archie Miller guy is off to a good start. When he got hired at Indiana, I told everyone that it was arguably the best hire they could have made – especially since everyone knows Brad Stevens is coaching for his job. The last 48 hours have been Archie working his ass off early in the recruiting cycle at Indiana as the Hoosiers received commitments from three different four-star guys that are all ranked in the top-100. The biggest name to commit is Jerome Hunter, a top-60 player in the class of 2018. He’s a 6’7″ wing from Ohio that was being recruited by Ohio State, Michigan, Pitt and Xavier. Perhaps the most important commitment though came from Damezi Anderson. He’s the first commitment to stay in state for Archie, something that has been established as a goal by the Indiana athletic department and Archie himself. The state of Indiana has a ton of in state talent, but the majority of that have left for the likes of Kentucky, Louisville, Duke and UCLA. That can’t happen when you’re as big of a name as Indiana. Archie still has 2 open scholarships to hand out for the class of 2018 and they are expected to go after five-star guys Romeo Langford and Darius Garland hard. 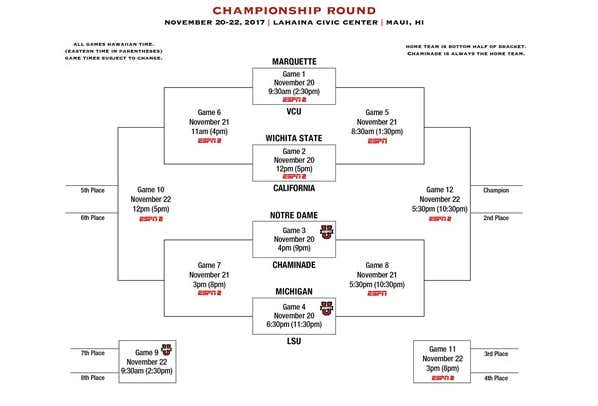 Somewhat of a ‘down’ year for the Maui Invitational. They will have a top-12 team in Wichita State and a top-25 team in Notre Dame, but there are definitely some question marks with LSU, Cal and VCU(who should contend in the A-10  a year removed from Will Wade. Wichita is the likely favorite for Maui but really you hope to see Notre Dame/Michigan in the second round. Both teams are expected to be in the top-25 and return decent talent. These early season tournaments with day betting are simply the best.

A couple of interesting games that won’t highlight the schedule. If we get Providence/Virginia Tech in the finals of the 2K, you could see two top-25 teams playing each other. In the Legends Classic you get rivalry game between Pitt/Penn State and an old Big 12 matchup with A&M and Oklahoma State. A&M should dominate the Legends Classic pretty easily as they are the best team by far in there. The 2K classic though will be a little more intriguing due to the balance with Providence and Virginia Tech.

I know people like to rag on SEC basketball, but the recruiting has picked up big time for the next couple of seasons. This time it’s Reggie Perry – the No. 17 player in the class of 2018. Perry, who is from Georgia, decommitted from Arkansas only to commit to Mississippi State. Perry’s father played for Mississippi State, which played a role in the flip. Perry has been playing on the Adidas Gauntlet circuit, where he’s been averaging 16.5 points and 8 rebounds a game.

The former Michigan player will be a grad transfer to Ohio State. Now, I’m not sure how many times this has happened, but it’s rare to see anyone with any sport transfer between these two schools. News of Dakich transferring was talked about during the season and with him going to Ohio State it’s smart. He’ll be in the rotation as he should play about 15 minutes a game or so, especially with how young this team is. He’ll help first year head coach Chris Holtmann in developing the young guards. Also, props to John Beilein for not blocking this as it’s the third transfer Michigan has had within the conference.