I’ve been stewing on this for a bit because I’m still in awe of what the Redskins did yesterday. And that takes A LOT because they generally fuck up everything they do, but woah boy, yesterday was special.

Yesterday, the Redskins released a statement throwing their starting QB, a guy who has been nothing but loyal to the Skins, a guy who has said multiple times he wants to play here, and a guy who the Skins have fucked over time and time again, directly under the bus. I’ve never seen anything like it. And the thing is, it was a big lie. He was offered a shitty contract, that for some reason Bruce Allen put the details of in a statement meant to turn the fans against their QB. INSANITY.

AND THEN HE READ THE STATEMENT, CALLING KIRK “KURT” 9 DIFFERENT TIMES BECAUSE HE’S A GIGANTIC ASSHOLE.

I mean this from the bottom of my heart- Bruce Allen is the world’s biggest piece of shit. He is a tool of massive proportions, a weasel unlike any other person in this world besides his puppet master Dan Snyder who is the bane of my existence.

It’s so nuts what the Skins and Bruce Allen specifically did yesterday. They released a statement trying to shame the starting QB into looking greedy. Bruce Allen tried to spin a narrative to turn a fanbase against the best QB we’ve seen in 25 years. A guy everyone wants locked up long term. Because he is a shitty GM, a shitty person, and has a sad, shitty life.

The Redskins have bet against Kirk Cousins 3 times, and will lose all 3 times. He has zero reason to stay with this awfully run team, when he can go play for a team that actually values him and treats him professionally at season’s end.

It is amazing- actually impressive, how the Skins have the nicest, most team-player, most optimistic, non-jaded QB in the league, and they somehow managed to make him go “hey, fuck you guys”. That’s so hard to do, but Bruce Allen found a way.

I will cheer for Kirk wherever he is next season because he did nothing to deserve this besides prove to the organization that he deserves big money, and all they did in return was bet against him and lose, and then throw him under the bus for being better than they (besides Scot McCloughan who knew it all along) thought he would be. 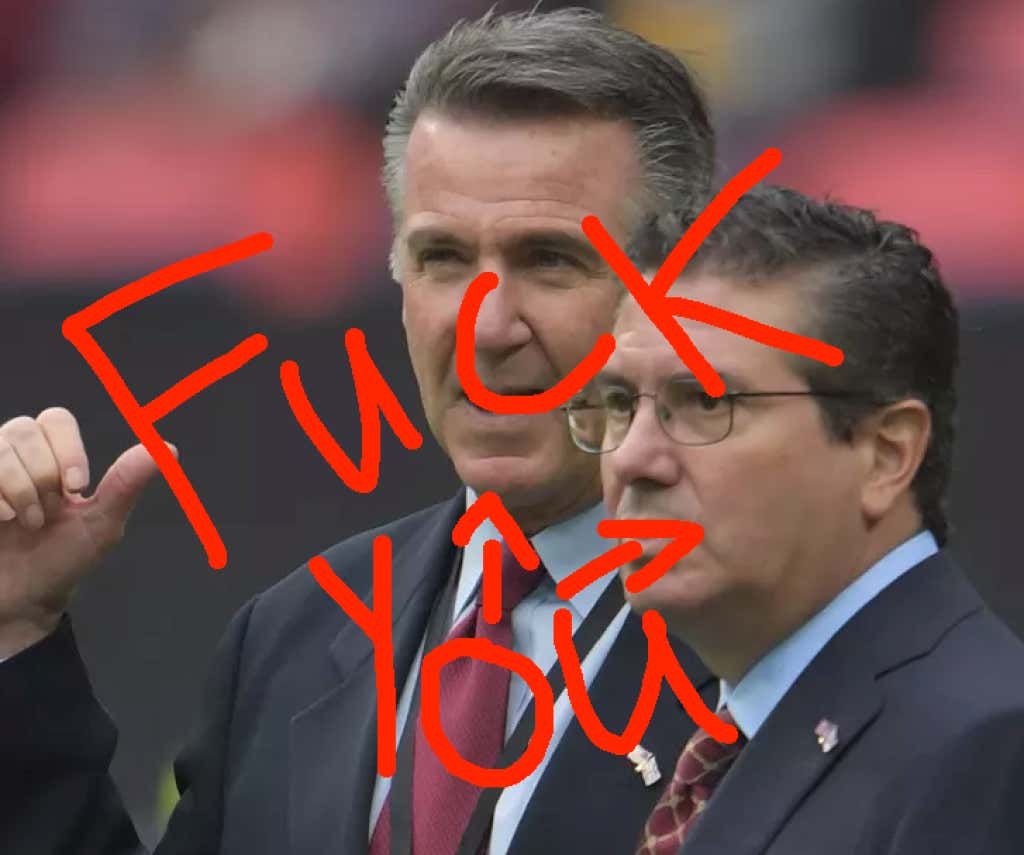