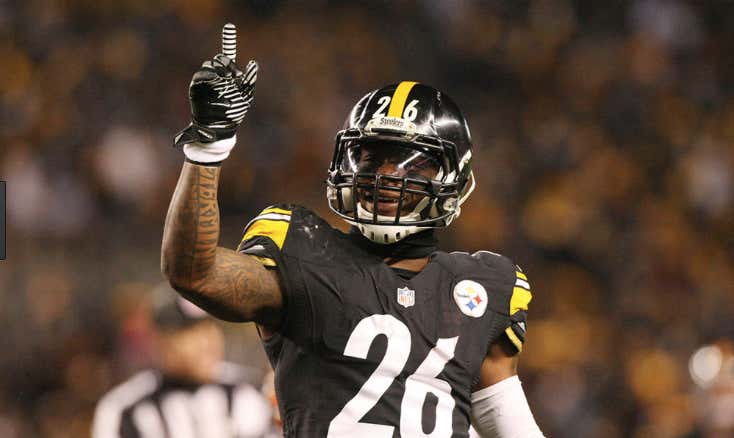 After the Steelers and Le’Veon Bell failed to reach a long-term agreement before the 4PM deadline today, Le’Veon put this video out on his snapchat & also tweeted the same thing.

NFL.com – The deadline for Le’Veon Bell to sign a long-term deal with the Pittsburgh Steelers has come and gone.

“Unfortunately, we were unable to agree to terms on a long-term contract with Le’Veon Bell prior to today’s deadline,” Steelers general manager Kevin Colbert said in a statement. “Le’Veon is scheduled to play this year under the Exclusive Franchise Tag designation. We will resume our efforts to address his contract situation following the 2017 season.”

With the 4 p.m. ET deadline passing, Bell will play 2017 under the $12.1 million franchise tag. He will be a free agent in 2018, unless the Steelers again wield the franchise tag.

Bell has not yet signed his franchise tender. Until he signs the tender, the running back is not obligated to attend training camp, which opens on July 27. Bell, who is coming off surgery but appears healthy, could sit out the beginning of camp.

NFL Network Insider Ian Rapoport reported Monday that the Steelers and Bell couldn’t get a deal done despite intense negotiations up to the deadline. According to Rapoport, Pittsburgh made a “very lucrative, good-faith offer” to Bell that would have paid him more than $12 million per season.

One issue with the deal, per Rapoport, was the amount of guaranteed money. The Steelers historically structure deals with little guaranteed beyond the first year. The issue appears to have stalled the process.

Do I think Le’Veon needs to get better? No, he’s the best running back in the league.  Should the Steelers have offered him more guaranteed money? Probably, but when you’ve had 2 knee injuries, groin surgery,  and a drug suspension you don’t always get what you want.

Unfortunately for Bell, the Steelers are known to be a little stingy with the guaranteed money (other than Antonio Brown’s last deal).  I completely understand Bell wanting more guaranteed money with his history of injuries and coming off a season where he averaged 28 touches a game.  Bell is an absolute workhorse and the shelf life for running backs with that many touches is crazy short.  Bell also knows that he is only 25 years old and if he has another season like he just did (156 Total YPG), he’s going to get huge money come free agency next year so he’s not just going to settle for any deal.

I don’t think this is a bad thing for Steelers fans.  All this tells me is that Le’Veon is going to be motivated as fuck come game time.  I love when players are in a contract year, for some odd reason they just seem to always play a little better ($$$).  I am very excited to see a non-suspended, healthy, motivated Le’Veon Bell.