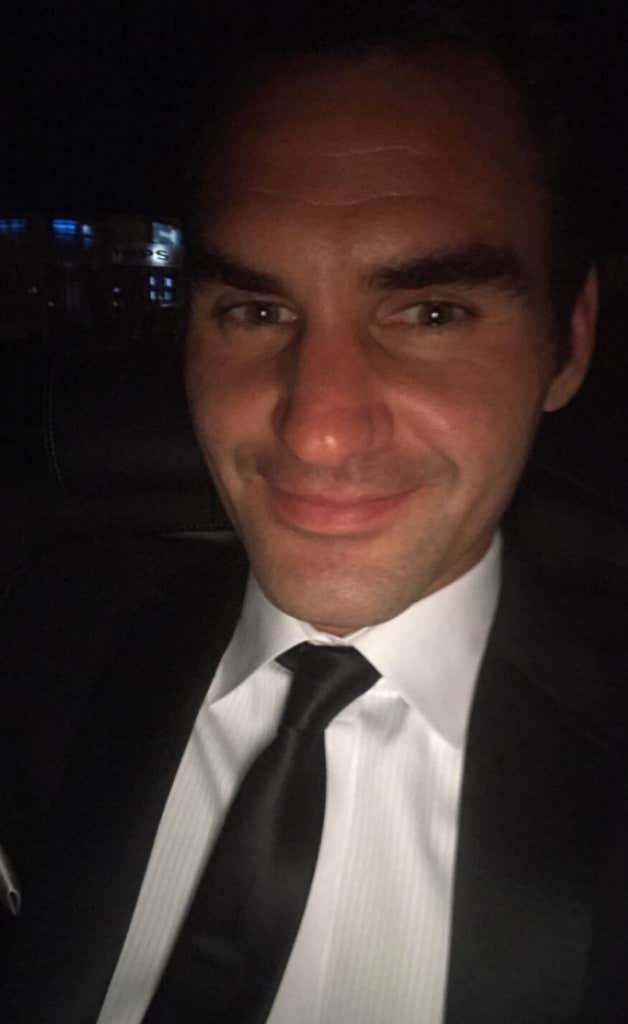 His preparation is legendary and now we’re learning that his celebration is, too.

After winning his 19th Grand Slam with his eighth Wimbledon singles title, Roger Federer let his hair down and, with his 36th birthday bearing down next month, he paid the price. What was Fed drinking? What wasn’t Fed drinking?

“Yeah, my head’s ringing,” he said Monday, the day after the annual champions’ dinner and dance in London. “I don’t know what I did last night. I drank too many types of drinks, I guess.”

“After the ball we went to — what would you call it? I guess it’s a bar,” Federer said, “and there were almost 30 to 40 friends that were there. We had a great time. Got to bed at 5, then woke up, and just didn’t feel good. The last hour or so I’m somewhat okay again. I’m happy with that.”

Dude is 35 years old, 36 next month, with four kids (coolest pair of twins ever) and he’s out until 5AM drinking his ass off. Drinking like a freshman in college mixing every sort of alcohol known to man because he’s Roger Fucking Federer. You’d think from his on court persona that he’d take a load off, drink some wine, and go to bed before 10 after a long tournament. Not Fed, nope. He set England on fire last night, and he deserved to. I’m 23 and I can barely make it to 2 AM most nights without almost falling asleep at the bar. I cannot fathom being 12 years older and doing that still. It’s incomprehensible.

To make the night even better, Fed got to dance with the women’s champion Garbine Murgurza who isn’t too bad looking herself…

Some guys just have it all. Roger Federer is one of those guys, minus maybe his wife but I’m sure she has a great personality. See you in Queens for #20 Rog. I’ll buy all the rounds