This is my bread and butter: Chicago Cubs and Game of Thrones. In one way or another, they’re quite similar worlds. Only the strong survive, unless of course you’re smarter and have more resources than the strong. Then in that case, the strong fight for you kinda like how Tom Ricketts employs everyone. Other similarities include the gut-wrenching anxiety AND NOT ENOUGH DRAGONS. 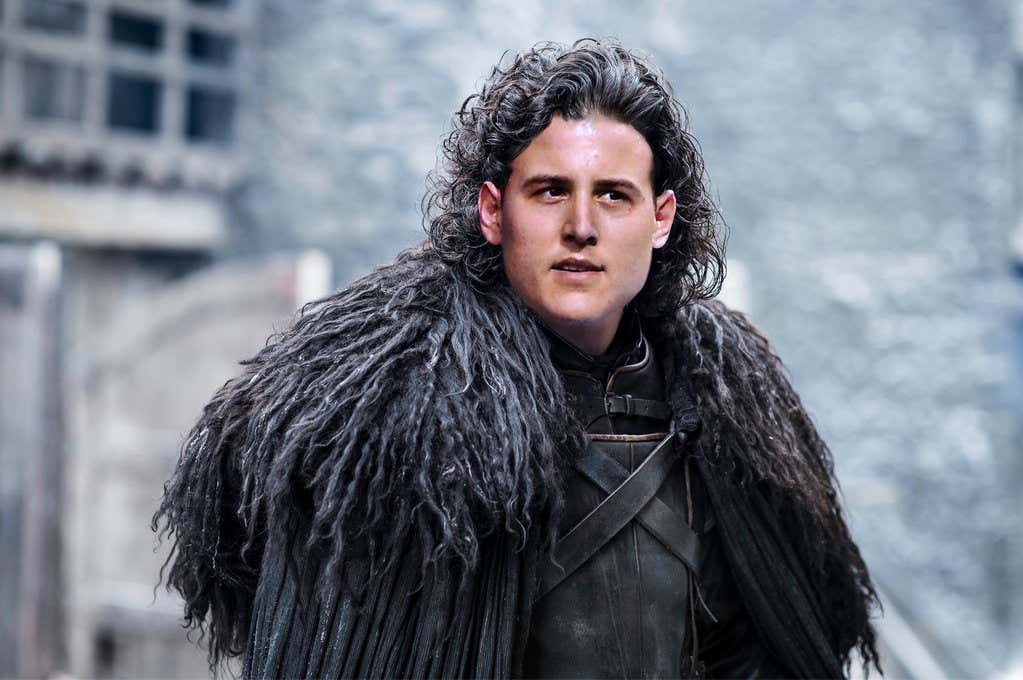 Put a C on the man’s chest already. King of the North. Lord Commander. World Series Champion. Unofficial captain of the Chicago Cubs. Cancer surviver. The shit’s all in front of you.

But here’s where it gets really strange – Rizzo had a bit of a journey to get to where he is today. He was drafted late, traded twice, struggled early with the Padres, but didn’t really hit his sweet spot until he got his chance with the Cubs, regardless of how fucked up an organization it was. Sounds like Jon Snow doesn’t it? No identity, looking for somewhere to make a name for himself. Ends up at the Night’s Watch and then next thing you know SPOILER ALERTS EVERYWHERE.

Jon Snow is the man. It doesn’t get any easier than this. He and Anthony Rizzo should be friends that’s how close this is. 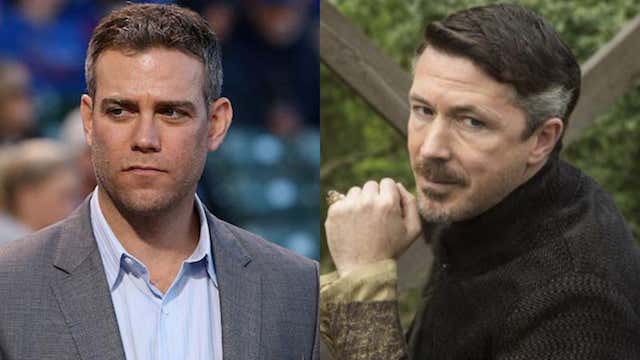 Like no one thought little Teddy Epstein from Brookline Mass would ever be anything in baseball just like no one thought Little Finger would be worth a damn in a world full of fire and ice and dragons and black magic and all that shit. WRONG. Both Dudes founds ways climb to the top – outsmarting the competition. On one hand, that meant using data analytics and thinking different than decades of poor decision making. On the other, that meant pimping solid average hookers throughout Westeros to gather information to create power. Say what you want, but these guys know the power of information.

Also, let’s all agree we do not want to cross either of these Dudes in a game of telephone. 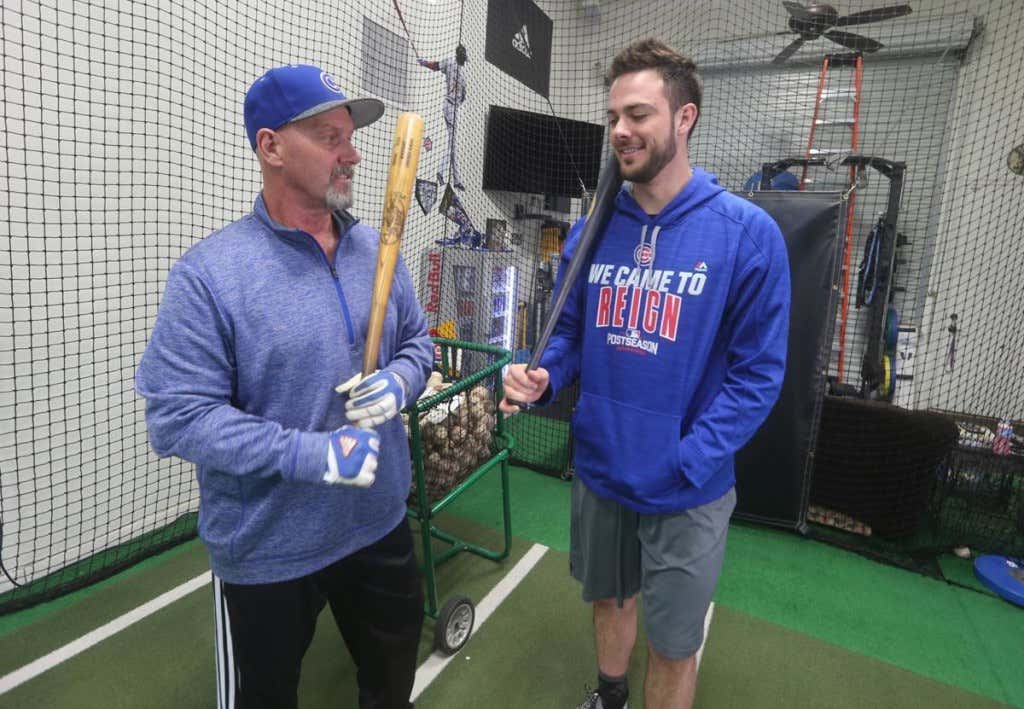 Let’s look past the fact that Bran physically can’t walk and doesn’t have good pitch recognition skills, just like we need to ignore that Kris Bryant probably doesn’t have magical powers. That said, I struggle to find a better example of what it means to be the Chosen One. You think Kris Bryant had a choice of whether or not he was going to be a bonafide MLB savior? Look at the intensity embedded in his dad’s face: 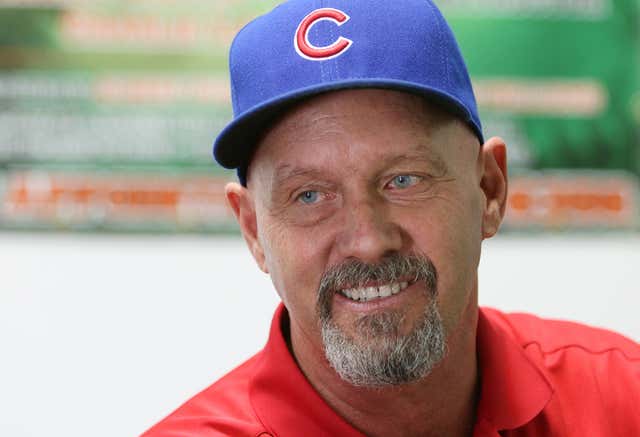 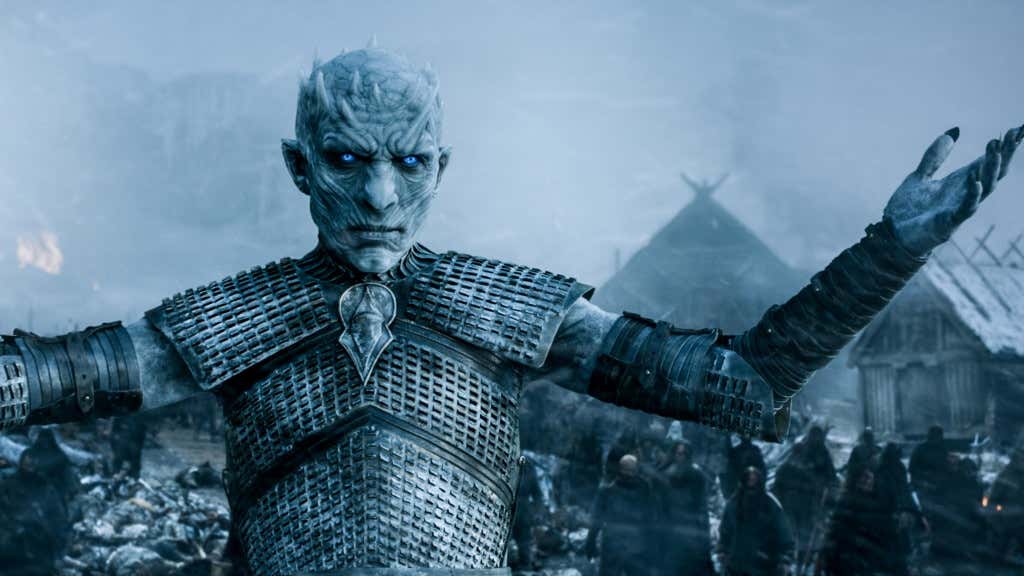 … ultimately boils down Bran’s production AS HE MATURES GUYS. Don’t nail me to the cross on this one. I’m just saying, lot’s of Chosen One shit going on with these two.

Sandor Clegane is here for one reason and one reason only = to brutally murder other human beings. The guy is painfully obvious to this fact throughout the whole series, making him a raging psycho yes. But one that we kind of makes us say “aw that’s cute” as he chops someone’s head off rips someones throat out.

The problem is, murdering baseballs and murdering people can lead to a lonely and depressing existence. Like I can only imagine the grief the Hound carries with him on a daily basis that he can’t escape his murderous fate. Just like I can only imagine how bad Kyle Schwarber feels for not being able to do anything but strikeout, walk or hit the ball a mile. Either way, these guys are psychopaths and I’m glad I get to cheer for them.

Also, bonus points floating around about being motivating by their sisters. These guys are classic fan favorites.

Muscle for hire. That’s not rocket science. Next.

Hendricks has the advantage of growing up in California, a hotbed for baseball talent. Samwell had the advantage of growing up in Horn Hill, a hotbed for military talent. Both guys lost their virginity extremely late in life. One studies at the Citadel, the other in the Ivy League. One guy can’t break 86mph, the other can’t swing a sword. For all intents and purposes, they don’t belong.

But that’s what makes them work. Samwell killed a white walker with dragon glass. He’s going to figure out a way to use his resources to the best of his ability to stick it to the white walkers. Just like Hendricks is going to continue to figure out a way to battle around his physical limitations. And at the end of the day, these are MAJOR players in saving the world/winning a championship.

And as I’ve said before in Jake Arrieta Is His Own Religion from last year:

That said, it’s not exactly rocket science that Mother of Dragons is the sweet spot here. She’s conquering yet compassionate, fearless and exotic, a late boomer and devoted to re-establishing her house as the preeminent ruler of the 7 Kingdoms just like the Cubs are trying to get back to 1908 glory. Coincidence? No.

It just works for me that these two go in the same sentence. They refuse to give up and if you take the time to know the back story for both, it’s fuckin INSANE that they have accomplished so much. Only history will tell where these two go….

That’s it for now. I’ll let the comment section debate the remaining. Or let me know what you think