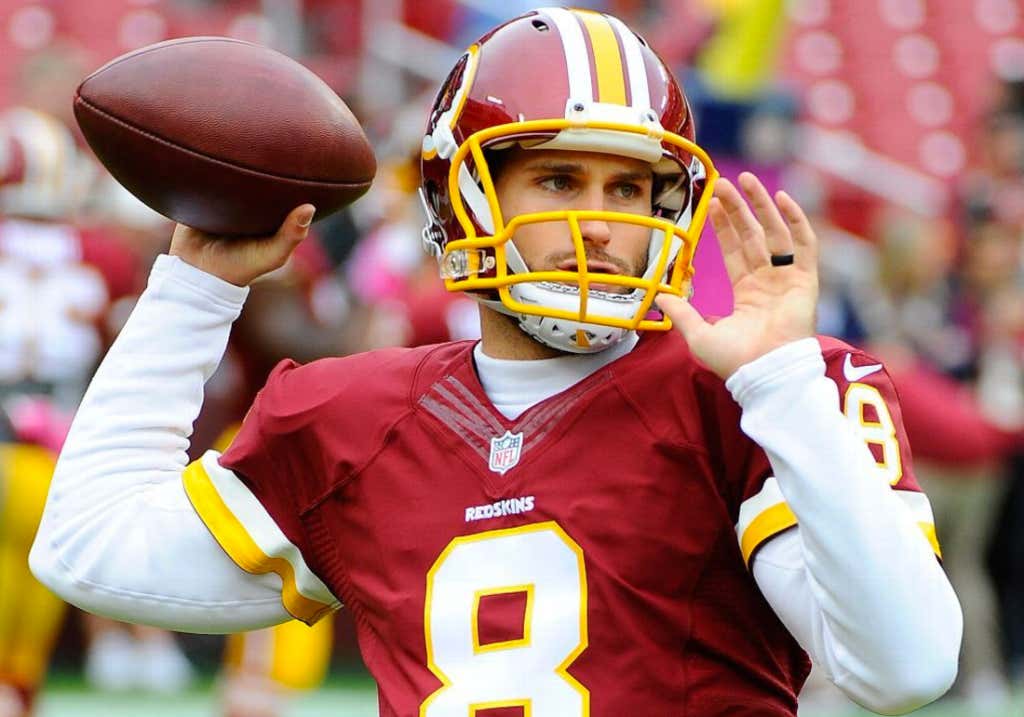 ESPN - Washington Redskins quarterback Kirk Cousins is not expected to sign a long-term deal by Monday’s 4 p.m. deadline to sign franchise players to long-term contracts, but he is open to doing a deal with the team after this season, per a source familiar with the situation.

Washington still could make a last-minute push to try to get a deal done by the Monday deadline; however, Cousins fully intends to play this season under his franchise tag, worth $23.9 million in 2017.

Washington still can use its franchise tag on him again next offseason for a third straight year, but it would cost the Redskins $34,478,784 to franchise him again. Under that scenario, Cousins would be unable to negotiate with any other teams.

Ah, it feels good to be back home. If there’s one thing being in Vegas does, it makes you lose complete track of time. I was out there for a week and it feels like I aged 30 years. But now I’m back to reality after sleeping for the last 2 days straight, and back on the grind. First stop: Kirk Cousins, of course. Time is a flat circle. You can’t get away from it. Lived a dream for a week in Vegas, but life always finds a way of balancing itself out.

So here we are, once again. The Kirk Cousins extension that now looks like it will not happen. Cousins will be the first QB to play under the tag for two straight seasons. First the Skins bet against him, and lost. And now he’s betting against the Skins. They Skins didn’t want to pay him a pretty fair deal in 2016 when the Cousins camp offered a 19.5 million dollar/year extension. So now, they are stuck paying him 24 million this year, with no long term offer being considered.

Everyone agrees- the Skins fucked this up. They bet against Cousins twice, hoping he would suck so they could get him for cheap, and all he did was get better. So he’s rejecting every deal that doesn’t pay him him a bazillion dollars, and good for him. Why take less than market value? Guys like Mike Glennon do nothing and get paid 15 million a year, why would Kirk settling for 20?

There’s still a few hours for the Skins to pull a magic out of their hat and get him signed long term, but it looks like both sides have agreed to just play this year under the tag and try again in the offseason. Basically, have fun in San Fran, Kirk. Sorry Danny and co. were too dumb to sign the best QB this team has had in 25 years.