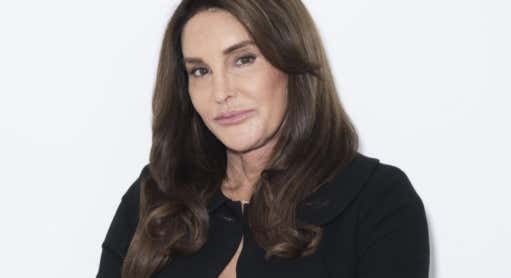 Source - The 2018 U.S. elections may just be the year of celebrity candidates.

Jenner made the comments on John Catsimatidis’ radio show “Cats Roundtable” on 970 AM.

“I have considered it,” said Jenner. “I like the political side of it. If there’s one thing — I work very closely with the American Unity Fund — that their sole purpose, their mission statement is to get the Republican party to do a better job with all LGBT issues.”

“Over the next six months or so I’ve got to figure out where I can do a better job. Can I do a better job from the outside? Working the perimeter of the political scene?” she told Catsimatidis. “Or, are you better off from the inside. And we are in the process of determining that. And yeah, I would look for a senatorial run.”

If Jenner decides to run in 2018, she faces incumbent Democratic Senator from California Diane Feinstein, who will be up for re-election — although Feinstein has not announced her candidacy.

Most people get upset when celebrities run for office. Not me. I love it. Makes normal politicians sweat a little, step up their game. Imagine spending your entire adult life working in a field, honing a particular set of skills, only to have someone with none of those skills put you out of a job. Now imagine that person is Caitlyn Jenner. If that’s not motivation enough for Diane Feinstein to get her ass in gear then I don’t know what is. She’s probably breaking open the books right now, trying to find what she promised during her campaign so she can get deliver before elections roll around. I wouldn’t blame her either; she’s going to need to run a tight campaign to beat the Jenner-Kardashian machine- you know they fight dirty. I wouldn’t be surprised if Kris already has her hands on a Feinstein sex tape. And I’d bet my life she’s already done a camera look-see for the Senate reality show she’ll be executive producing.

California’s notoriously shitty with its money so it would make zero sense to elect a person who’s even worse with theirs.  Everyone knows Bruiser used to live way beyond his means until he met Kris. So if she’s in that’s one thing, but something tells me that won’t happen. Besides, is she going to run as a Republican? Sounds like an uphill battle considering the conservative take on some of the social issues she’s so passionate about.

The only thing I can chalk this up to is boredom. LGBT issues aren’t as exciting as reality TV so she’s looking to combine the two. Regardless, we all know the Kardashians already run California. Giving them an office would just make things official.

Live look at America after Caitlyn announces her candidacy: