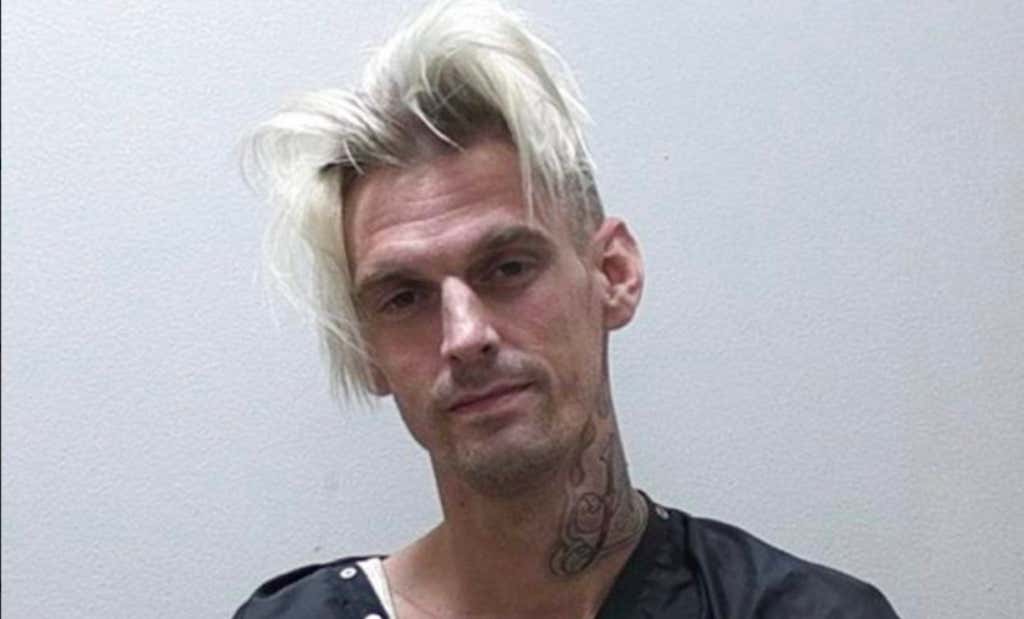 The singer was charged with a DUI and possession of less than an ounce of marijuana and drug paraphernalia, while his girlfriend was booked on possession, paraphernalia, and obstructing law enforcement. All six charges are misdemeanors, and Carter was released from jail on $4,610 bond Sunday afternoon. Parker remains in prison.

Holy shit, bud. I get that no press is bad press. But if you’re Aaron Carter, this is the absolute worst way to remind people that you exist. I’m willing to bet that 85% of the population have completely forgotten about him. Now, not only are they reminded that Aaron Carter was once a thing, but he looks like dog shit. How do you end up looking like that, when you’re life used to be this.

Good news is that he’s getting ahead of the story on this one. 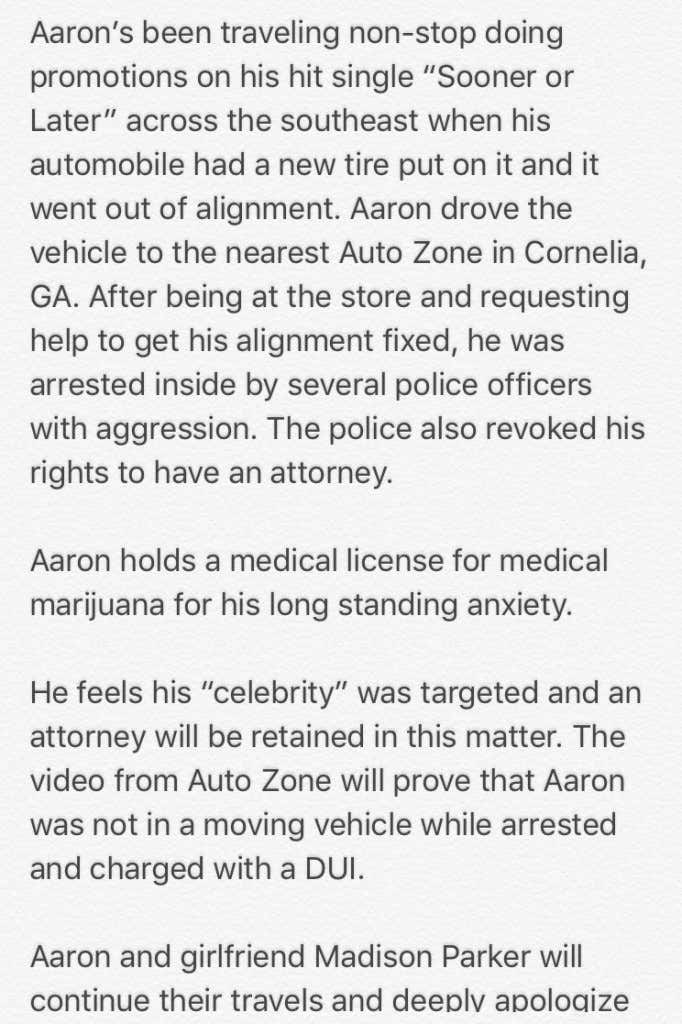 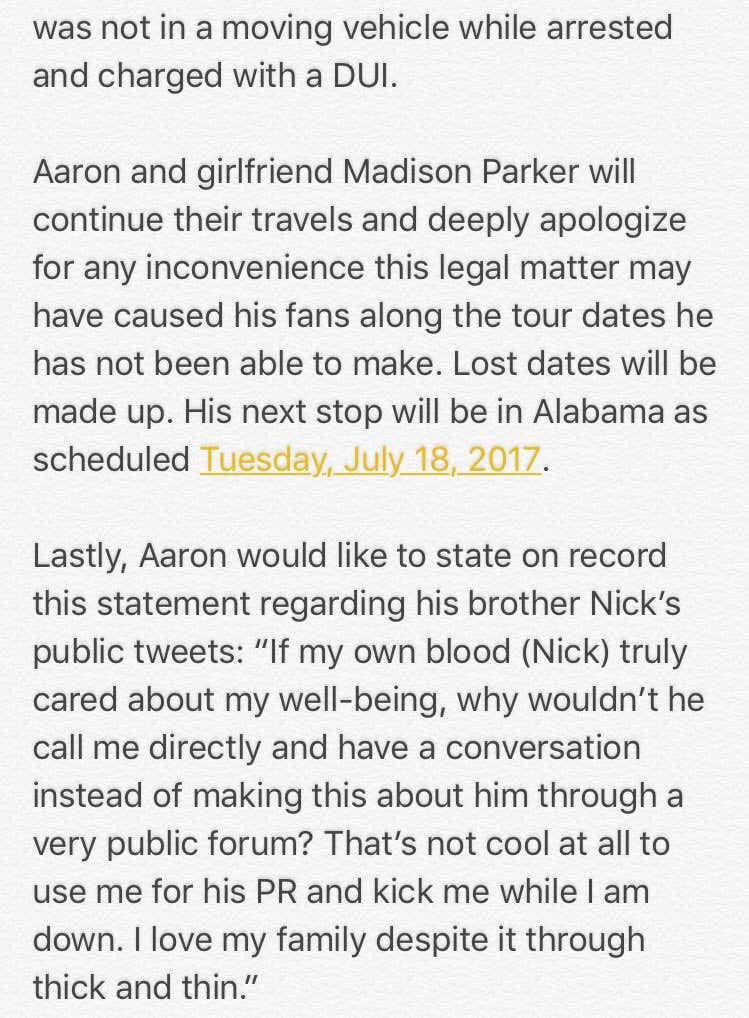 Not cool at all, man. Nick saw Aaron try to step out of that shadow for no more than 20 hours and immediately had to shove him back under there. Ultimate big brother move right there.

All I’m saying is that through all of this, I’m still holding out hope that an Aaron Carter comeback is on the way.

Nothing says “I’m back and totally wasn’t fucked up at all while driving” like a subtweet accompanied with some bizarre selfie in nothing but a towel. Minor setback for a major comeback.