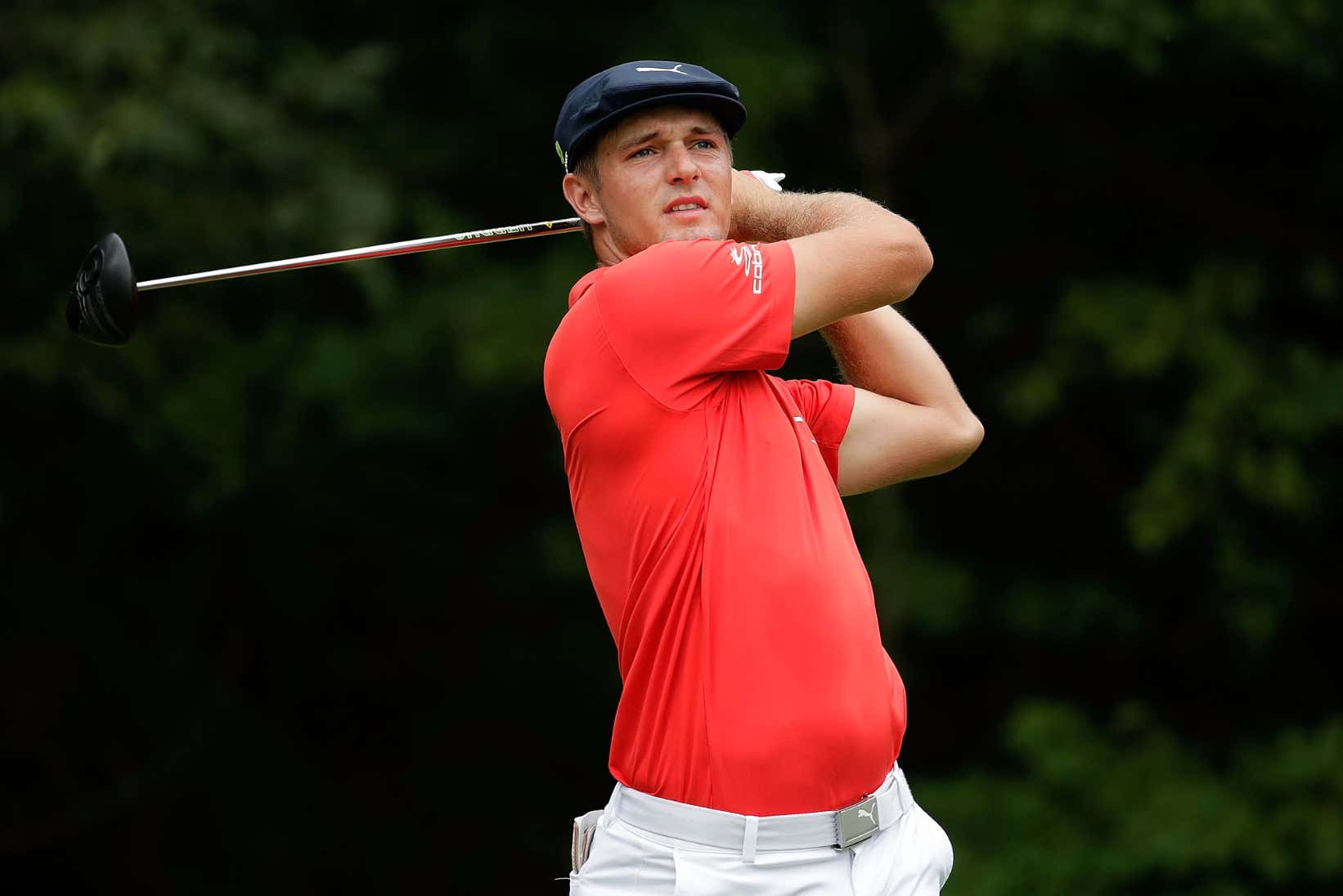 GOD DAMN IT! Here I was thinking nothing could ruin this day. Season 7 of Game of Thrones is set to debut in just a few short hours. I was walking on sunshine getting ready to watch the drama unfold in Westeros. Nothing could bring me down on a day like today…….except Bryson DeChambeau getting his first PGA Tour win. Not only that, but getting his first PGA Tour win at the John Deere Classic. The 5th major. The tournament that is near and dear to my heart as a Midwesterner. But I’ll eat crow. I have to. I’ve long hated on Bryson DeChambeau for getting a TON of attention while not matching it with his performance. He got a lot of attention for being a super smart physics geek who overanalyzed the game. He got so so so much attention for all of his irons being the same length. He got attention for the hat he wears. He signed endorsement deals and was all over my TV. All the while he kept missing tons of cuts (at one point, he missed 8 in a row this season). That’s what I hated him for. It wasn’t as much him as it was the way he was covered. Is that fair? No of course not but he’s polarizing and I took the side of hating him. Well he took allllllllll of that hate and shoved it right down my throat. He made me look like a real dumbass.

I mean look at this fucking Sunday back 9

30! That’s just an incredible run to eventually win for the first time on Tour. No ifs, ands or buts about it. He earned it. No one can deny that. He buried this putt on 18 to (at the time) tie Patrick Rodgers at -18

That’s how you step up and close out a goddamn tournament. Then Rodgers bogeyed 17 and and parred 18 and that was all she wrote. Bryson DeChambeau is a winner on the PGA Tour and he made me shut my fucking mouth.

Of course he cried

Congrats dude. We’re onto the Open (and so is Bryson).