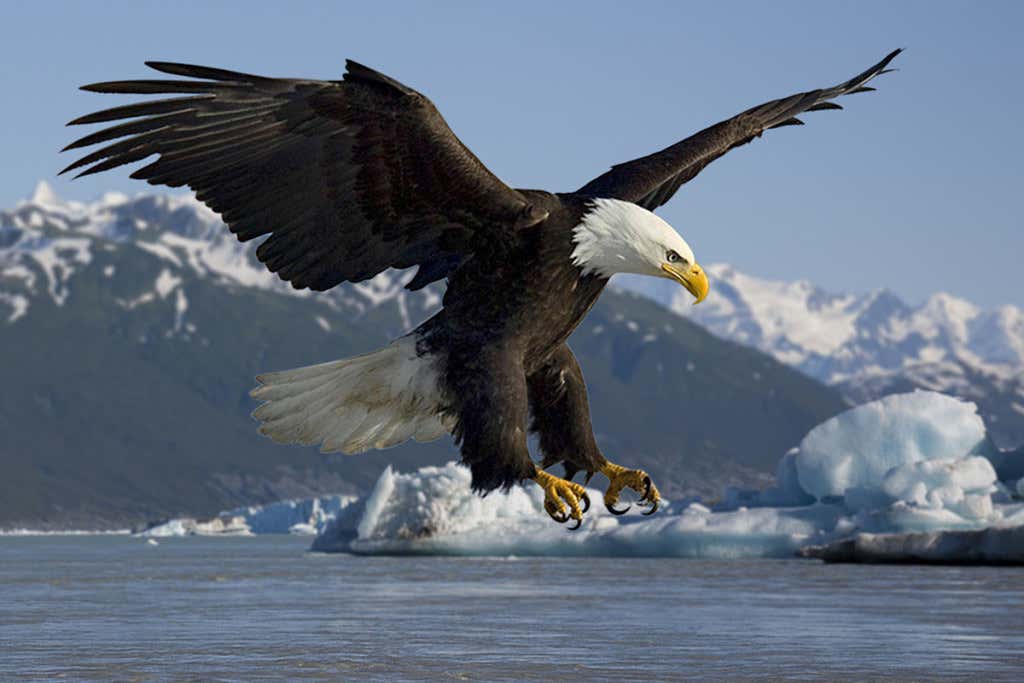 Source- “To Allen H. Thacker, it was simply a matter of protecting his property. But to the federal government, his attack on a national symbol constituted a crime.

On Tuesday, Mr. Thacker, 62, pleaded guilty to shooting a bald eagle and killing it by running it over with an all-terrain vehicle, according to the Department of Justice.

The episode took place in Smithfield, Va., when a woman told authorities that she had witnessed a person on a red, all-terrain vehicle run over what appeared to be a bald eagle, circle the bird and repeat the act several times, according to a court filing. She said the individual then dragged the bird from a field into the woods.

During an interview with the authorities, he admitted to shooting the eagle and led the officers to its body, telling them that the bird was killing small game and taking fish from his pond and that he needed to protect his property, according to court documents.

Mr. Thacker said he had fired a warning shot, but the eagle was undeterred so he then shot it with a Remington .22-caliber rifle. He denied running it over with the A.T.V. and said that he instead killed it with a pistol. He later admitted to running over the eagle, the Justice Department said.

Days later, he told agents with the United States Fish and Wildlife Service that he was upset by the eagle’s actions because he put time and effort into caring for the property so his family friends could use it.

He also told the agents that he believed too much emphasis was placed on protecting bald eagles and that they were a menace. Others agreed, he said.

In the end, a necropsy on the eagle found that the bird was wounded by the gunshot, but killed by blunt force trauma to the head. There was no evidence found of a pistol shot. Mr. Thacker faces a penalty of up to one year in prison and a $100,000 fine. Robert Rigney, Mr. Thacker’s attorney, declined to comment before the sentencing hearing, which is scheduled for October.

This fella is one sick fuck. Everyone knows the penalty that comes with killing a bald eagle. Everyone also knows that it is a symbol for this great nation. Which is why I don’t buy the bullshit web of lies Al Thacker is spinning here. How much chaos could one bald eagle rain down on his property? Did he think this bald eagle was consciously trying to ruin his well-being? Maybe it realized that he was a scumbag and not a true patriot, I think they have a 6th sense for things like that.

I understand firing a warning shot to try to scare it off, but the way he killed this majestic creature is some serial killer shit. Running over its head several times with an ATV is beyond psychotic, and he understood that, which is why he told the Fish and Wildlife Service that he just shot it, and started creating the sob story that it had been terrorizing his life.

This should be considered treason. It clearly wasn’t an accident, and the full force of the law should be brought down on this schmuck’s head. Fuck the year in prison and $100,000 fine; this type of heinous betrayal should result in death by firing squad. I would also recommend that the authorities search his property thoroughly. Anyone who would murder a bald eagle this viciously surely has a couple bodies buried in different locations. Pay your respects to this patriotic creature who was taken too soon.