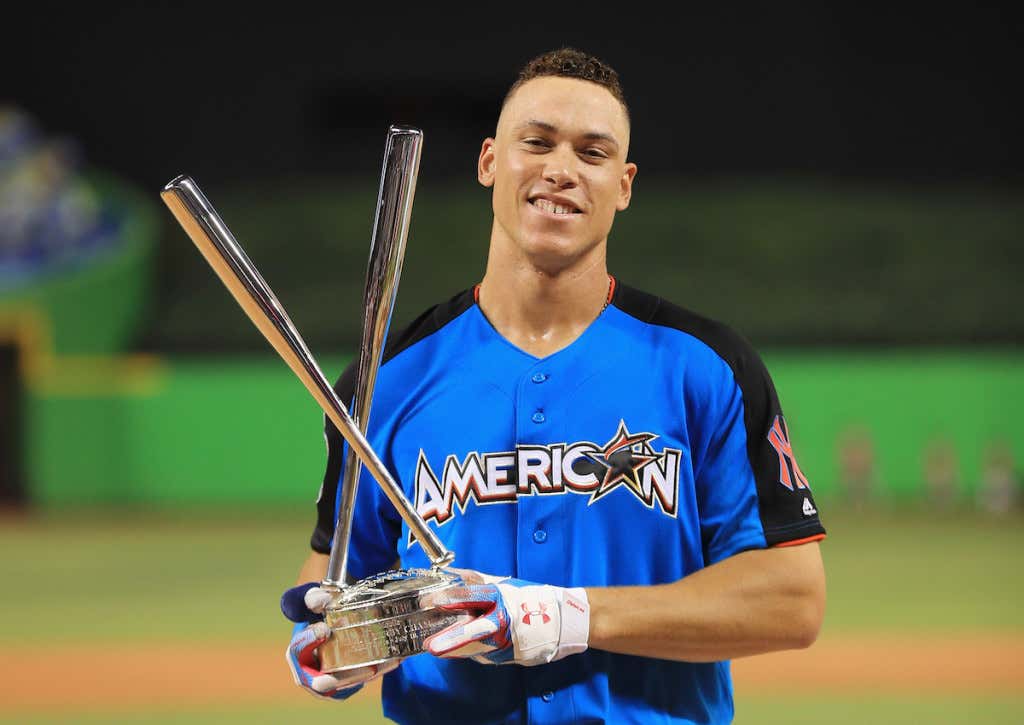 (Business Insider) — Major League Baseball’s Home Run Derby had its biggest television audience in years and it is a small sign that young stars like Aaron Judge are starting to breathe life back into the sport.

The Home Run Derby posted a television rating of 4.6 and 8.2 million viewers. As Sports Media Watch pointed out, that was actually more viewers than either the NBA All-Star game and NFL Pro Bowl and the Derby is not even baseball’s main All-Star event.

See, Logan Morrison? This is why ain’t nobody want you at the Home Run Derby over the likes of a young star like Gary Sanchez, regardless of the gap in home run totals in 2017. This event is not about fairness. It’s about showcasing stars. And while I’ve gone beyond just saying Morrison has had a nice year, I’ve even said that he deserved to be an All Star. But this event right here? The Home Run Derby? This is the night when the megastars are on display for the world.

There’s this misguided narrative that baseball is dying, while they continue to set revenue records every single year and the salaries continue to climb to laughable numbers. Are viewership numbers down? Yup. They are. But guess what? They’re down in every single sport. Baseball’s percentage might be higher than others, but your average American isn’t watching sports as much as before and that’s across the board.

So, how do you fix that problem? Can you even fix that problem? Professional sports leagues aren’t just competing with each other for attention anymore. Of course, they were always competing with other television shows, but now you have streaming. You have Netflix, you have Hulu, and you have the DVR to catch up on. People don’t have time to sit around and wait anymore, especially when they don’t have to. People want to point to baseball’s pace of play as the main culprit, and it very well could be, but nobody’s complaining about pace of play in the NFL, NBA or NHL, are they?

Time is a precious thing and nobody wants to waste theirs. That’s why we DVR shit, skip commercials and prefer streaming to anything else. Just give me what I want to see and fuck everything in between. With the Home Run Derby, no wonder why everyone tuned in to watch that. It’s non-stop action. When you watch a baseball game for over three hours, what are you hoping to see just once? A 500-foot bomb. You watch the Home Run Derby, and you might see that a handful of times in a four-minute span without the pitcher scratching his balls for thirty seconds in between pitches.

The Home Run Derby, in its updated format, is great for baseball, and it’s a great place for the league to market its biggest stars. People were talking about Aaron Judge entering the All Star break because he hit 30 bombs in the first half, but now they’re REALLY talking about Aaron Judge because he hit a few bouncy balls into the sun. Whatever works. All I’m saying is that the Yankees played their final game of the first half on Sunday, but we weren’t debating whether or not Judge was the new face of the MLB until Tuesday morning.