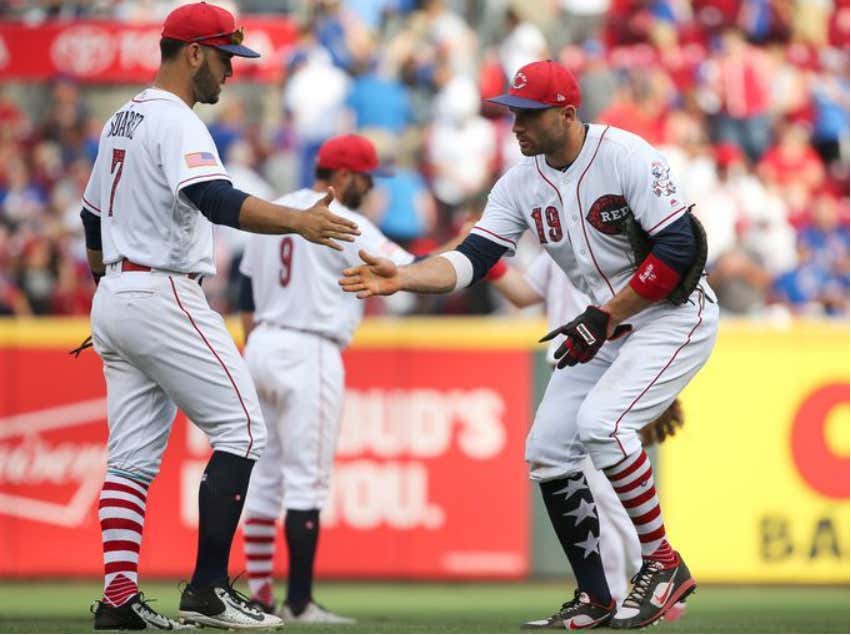 The first half of the 2017 season has been somewhat of a rollercoaster ride, as the Reds shot out of the gate and looked like they might shock the world and wind up a contender. Since then, the shoe has dropped and this team looks a whole lot more like the rebuilding project we initially thought they were. Nonetheless, it’s pretty obvious that the Red stockings are developing nicely and are well on pace to win the 2020 World Series as predicted by many experts (me). The most notable first half performers – and performances – are as follows: I hope you didn’t need to read a Barstool SPORTS blog to confirm what you should already know. Votto is, and has been, far and away the Reds best player and it’s really not even close. Joey leads the NL in HR’s, slugging, OBP, one off the mark for the league lead in walks, and two away from the league lead in RBI’s. Numbers so impressive that even long time critic and Hall of Fame Reds broadcaster Farty Brenneman has gone as far as anointing Votto the greatest hitter in Reds franchise history. Better than Rose, better than Bench, Morgan, Robinson, etc. If Votto keeps up his current pace, he’ll more than likely find himself in the conversation for another MVP award, as has become par for the course in his career.

Cozart’s journey to the All Star game and subsequent donkey acquisition has been well documented in MLB circles, but I still don’t think the average MLB fan realizes how good Zack has been this season. Cozart is tops among all NL shortstops as well as all qualifying Reds hitters. Doubly impressive when you consider the offensive numbers Votto is putting up this year and a big reason why Joey’s RBI numbers have increased this year as result of Cozart’s .316 average near the top of the lineup. 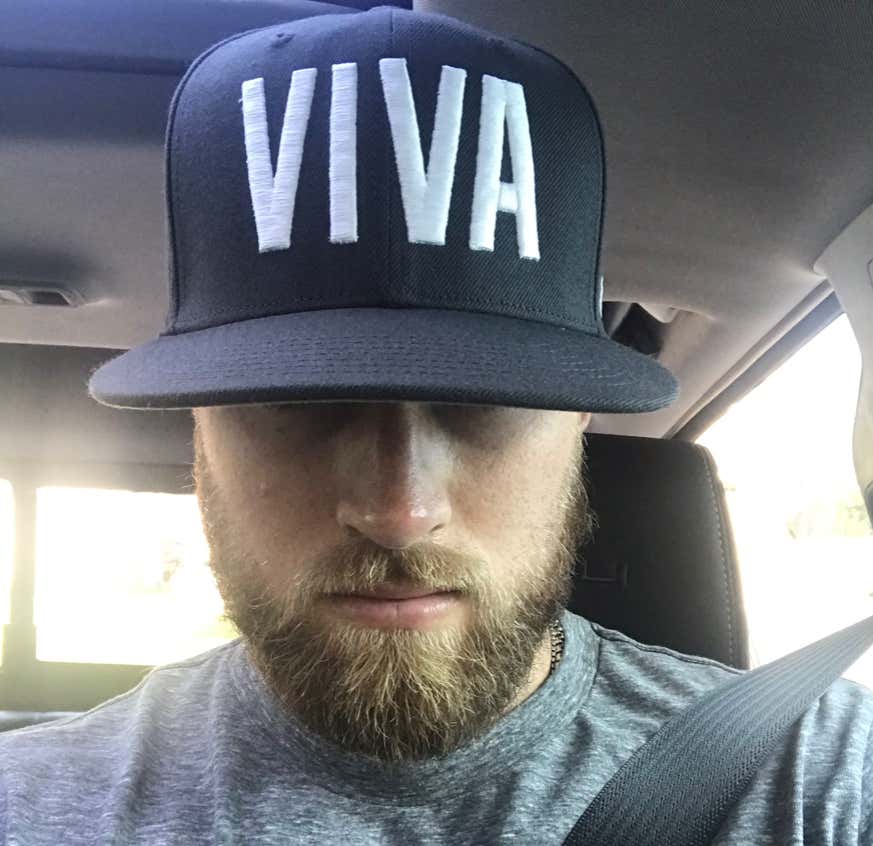 Billy Hamilton is widely regarded as the Reds best defender and rightfully so. His speed and athleticism make him arguably the best defensive CF in the game, but Barnhart has quietly posted a .998 fielding percentage this season, three ticks better than Hamilton’s .995. In addition, Barnhart leads the NL in runners caught stealing, making him unquestionably the best defensive catcher to date. Not many people thought Barnhart would stick at the Major League level after Devin Meseraco signed his $40 million extension a few years back, but injuries have somewhat derailed his career while Barnhart has consistently improved each and every year.

The terms ‘Cy Young’ and ‘Cincinnati Reds’ are about as synonymous as Mike Pence and same sex marriage, evidenced by the Reds worst team ERA in all of baseball, but Scott Feldman has been the lone bright spot in the Reds rotation. If you’d have told me on Opening Day during Scott Feldman’s first career start as a Red that a guy who most fans had never even heard of would be the Reds only serviceable pitcher at this point in the season I’d have probably punched you in the face, but nonetheless here we are. 7-6 with a 3.94 ERA certainly doesn’t jump off the stat sheet, but when you consider that Feldman is the only guy in the rotation who can consistently get hitters out and give the team a chance to win every time he steps on the mound, that 3.94 is Kershaw good.

Rookie of the Year – Luis Castillo

In what was unquestionably labeled a rebuilding year, one of the main things to watch for Reds fans is the development of the rookies and the young guys, something that hasn’t exactly panned out as expected. Amir Garrett was supposed to be the rookie pitcher that dazzled and did so through his first couple starts but has since fallen short. Instead, Castillo has been pleasantly surprising in a small sample size, posting 3.13 ERA while going at least 5 innings in 4 starts this season. 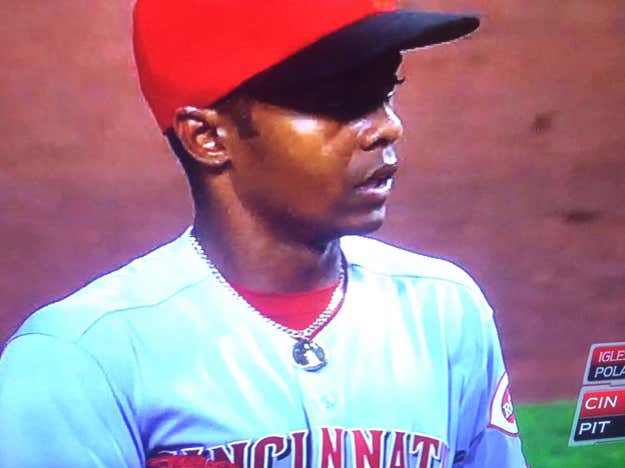 A year removed from the worst bullpen in Major League history, the Reds bullpen has actually been fairly solid this season. Iglesias probably hasn’t had as many appearances as his talent would indicate because the Reds, you know, suck, but his 1.69 ERA and 16 saves in 17 appearances are as good as it gets. Iglesias has recently been the center of rumored trade talks, but the Reds would be wise to hang on unless given an offer they can’t refuse. Iglesias is young enough and has the type of stuff that could make him one of the premier closers in baseball by the time this organization is competitive again. 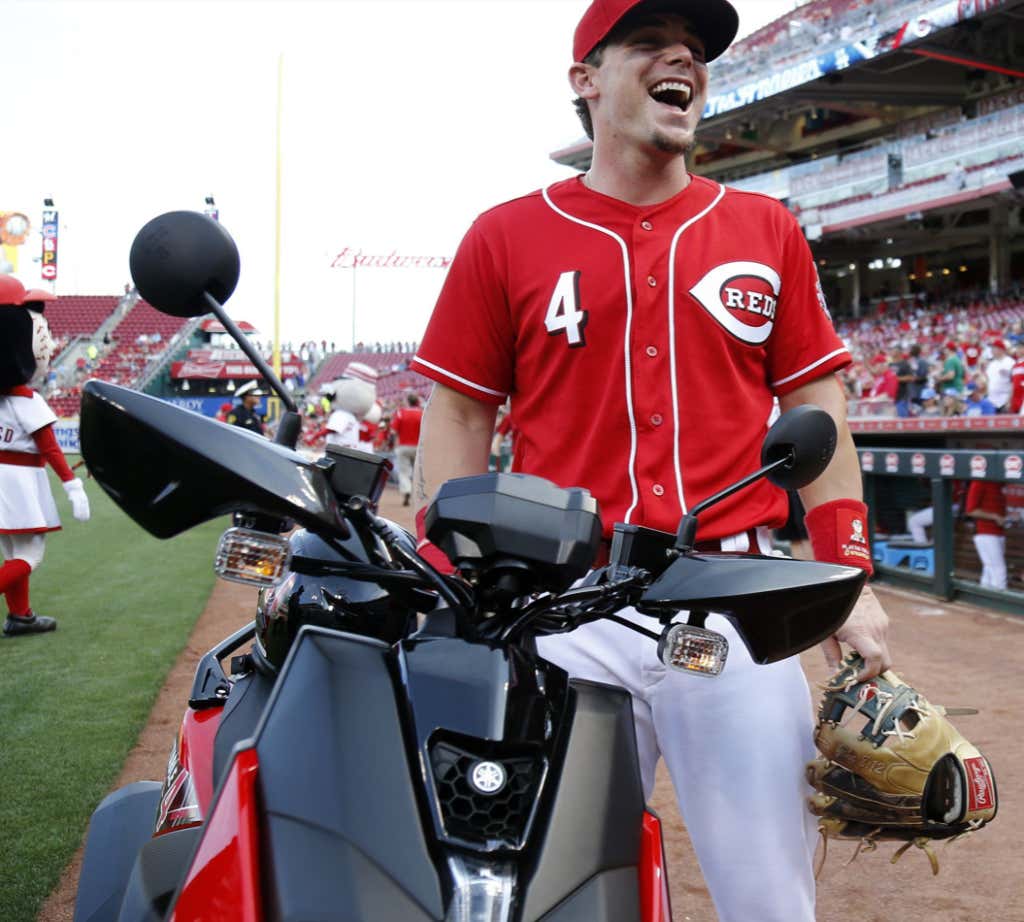 Five months ago, Gennett was considered a bit of an outcast after being let go from the Brewers following spring training, but after joining the Reds as an early season pickup, Scooter has been playing out of his mind. In just 73 games this season, Scooter has already smashed his career high in home runs and is averaging more AB/RBI than anyone in the game. Only problem is Scooter’s 209 AB’s aren’t enough to officially qualify for that statistic, but that hasn’t stopped him from posting numbers better than a lot of everyday outfielders and second basemen.

Aside from Votto’s MVP, Scooter’s MOP was the most obvious choice for any of these hypothetical midseason awards. Through 88 games this season, Gennett appears to be the best low key acquisition the Reds have made since fleecing the Indians for Brandon Phillips back in 2006. His 4 HR game was undoubtedly the highlight of the year and will live on in Reds and MLB history for decades to come.

Willie Mays’ “The Catch” has somehow set the standard for over the shoulder catches, even though that happened six decades ago and that particular catch is a routine play for outfielders in today’s game, but if you want to see a REAL over the shoulder snag, look no further than Scotty Schebler. The concentration and timing needed to make this play look that easy is nothing short of unreal, especially when you consider Schebler has never been a guy known for flashing the leather. That being said, Scotty has been much better than advertised and I wouldn’t be surprised if his June 28th catch against the Brewers winds up being a finalist for web gem of the year.

Not the most exciting game, not the most memorable game, but maybe the most impactful game in terms of what that win stood for at the time. The Reds 5-2 win capped a 4 game series sweep and pulled the team within 2 games of first place in the division. A team of guys whose average age is only 24 looked the long time division bully square in the eye and kicked them in the nuts. Since then, things have sort of spiraled out of control, but that type of fight and charisma is exactly what fans and management wanted to see from a team trying to claw their way back to the top this year.