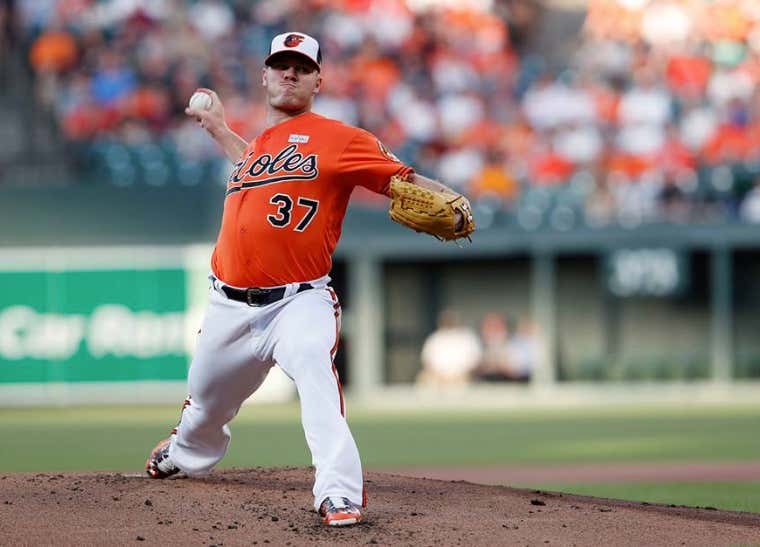 If you thought the infielders and outfielders were bad, you may not want to look at the pitchers report cards. It’s been a rough year for the starters (30 out of 30 teams in ERA), but for the most part, the bullpen has been pretty good. Seems like the story we’ve heard the last few years, let’s see how the scrub starters did the first half…

Dylan Bundy- Bundy has been the saving grace for the pitching staff this year, he’s legit been the only guy who has resembled a MLB starter. Even if he’s less than 3 innings from matching his career high, slowed down a bit down the stretch of the first half, and is moved to the back of the rotation to give him the most rest coming out of the break, I’m not worried about him at all (I’m a little worried)! He leads the O’s starters in wins (8), ERA (4.33), Ks (84), quality starts (12), IP (108), and WHIP (1.25). We didn’t know what to expect from him coming in, and he’s been a great surprise up until this point. Have to hope that he can continue his first half run into the second half and attempt to keep this club’s head above water. B+

Kevin Gausman- We thought him getting the Opening Day start would be a sign of great things to come. When he took over for Tilly, we thought he’d take 5 steps forward this season, but instead, he’s taken 7 back. For a majority of the season he was near the top of the list for runs, hits, walks, and WHIP for the pitchers in the American League. Gausman has had a handful of good starts this year, but the numbers still look terrible. 5-7, ERA of 5.85, WHIP of 1.76, and 83 Ks. Have to hope Gausman can start to turn it around, and keep it on that path. D+

Chris Tillman- We all know he was battling a shoulder injury in the offseason and missed all of Spring Training. He made his season debut on May 7th with 5 IP and 0 runs, and hasn’t won a game since. He’s made only 2 starts of 6 innings in his 11 starts, and has a start of 1.1 IP where he gave up 9 runs. That seems impossible, but Tillman did it. His ERA is almost 8(!!!!), his WHIP is 2.14, and he only has 36 Ks in 11 starts. He isn’t missing any bats this season, and doesn’t look close to the guy who won 16 games last year. Not an ideal first half for a guy in a contract year. He will have some extra rest going into the second half because he was placed on maternity leave (sex, nice), so he hasn’t pitched since June 30th. Hopefully that will help him with anything he had going on in that shoulder. F

Ubaldo Jimenez- Water Trash. Guy stinks. Should be put down. No clue why he is on this team. I hate him. F 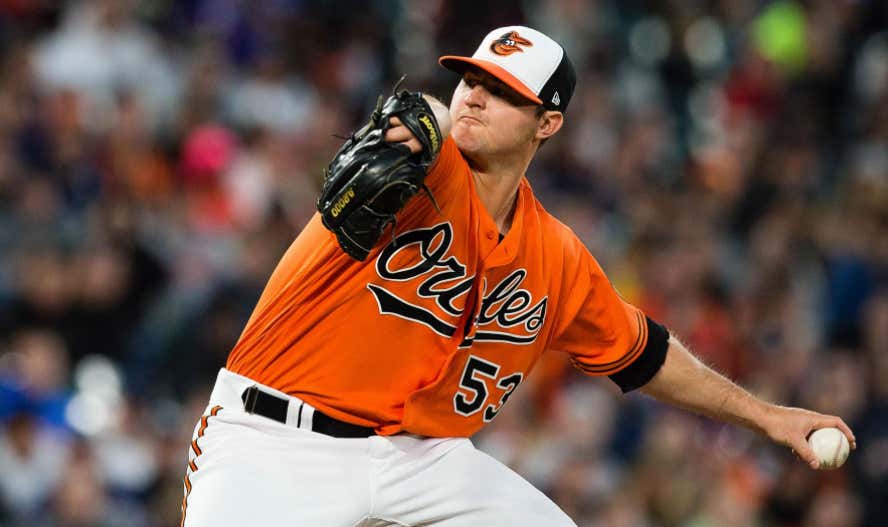 Alec Asher- The new TJ McFarland, Asher has been counted on to do mop up duty, and make a spot start or 6. He’s been decceeeeent, but nothing really to impressive. He’s back down in AAA, but made 21 appearances for the Birds, the 5.53 ERA is inflated because of his garbage starts, but as a reliever, he’s been okay. D

Mychal Givens- Stud, an absolute stud. Givens has been great this year is a sort of new role. He got elevated when Britton went down, and he has been pretty damn good. A 2.25 ERA and a WHIP of 1.02 to go along with his 6-0 record. Guy is the best win vulture in the game. He’s given up 2 ER since May 20th, and is holding batters to a .206 average. One of the most underrated guys in the game. A-

Richard Bleier-WHO? Exactly. Bleier came over in the offseason from the Yankees, and has quietly put together a nice season as the O’s lefty in the pen. How long can he keep going with an ERA of 1.48 and a WHIP of 1.32? He was expected to take the Norfolk Shuttle back and forth, but he’s been the one guy who has deserved to stick around. The fact that he’s been this good with batters hitting .258 off him is just weird, guys get on against him, but he doesn’t let them score. A guy to watch in the second half to see how long he can keep this up. B+

Brad Brach- Another guy who flies under the radar in the pen, Brach has been just as good this year as he was last year. 2.58 ERA, a WHIP of .86, and 15 saves while Zach Britton was out. He did have 4 blown saves while Britton was out, but for the most part, he did a damn good job. I love Brach and how he doesn’t care what is role is on the team. He fits the team and bullpen so well, and probably deserves more attention for the numbers he’s put up the last few years. A

Darren O’Day- Even though he’s been banged up a few times and made a DL stint, O’Day has been solid for the Birds. Last year got us worried with his injuries and age, but he has rebounded. 3.86 ERA and a WHIP of 1.09, and don’t look now, but he’s back to shutting down lefties (.108 off him). Nice to see him rebound after a rough early season stretch. B+

Zach Britton- What a year for the should have been reigning Cy Young winner. Britton got the job done early, but did not look good doing it. Then came the injury to his wrist. I thought it was Tommy John from the start, and it looks like I’m wrong. He didn’t opt for surgery and rested instead. He’s still a perfect 5-5 in saves on the year, and hasn’t blown one since 2015. His ERA (2.25) and WHIP (1.75) are both way up, but as I mentioned, that was when he was pitching with discomfort. His last appearance before the break, he looked great. I expect that he’ll be fine the rest of the season, and we’ll see the old Britton. We won’t talk about the trade rumors to the Dodgers….unless they want to unload all their prospects in Baltimore, then we can talk. Since he was out for 2 months, I don’t think that warrants a grade for Zach. Incomplete

Donnie Hart- After he burst onto the scene last year as a reliable arm out of the pen, he has fallen flat on his face this year. His ERA was 2.96 before he got sent down, and opponents were hitting .260 off him. 25 hits in 24 IP wasn’t getting the job done either. He hasn’t given up a run in his last 7 appearances, so lets home his time down in Norfolk helped him out. I did expect better out of him though, kind of disappointing for Hart to be struggling. D+

Vidal Nuno/ Gabriel Ynoa/ Tyler Wilson/ Mike Wright/ Jayson Aquino/ Miguel Castro/ Stefan Crichton/Logan Varret/ Jimmy Yacabonis-  How the hell can a team have this many guys they shuttle back and forth, and NONE OF THEM CATCH ON. Aquino has made some solid appearances, but those have mostly been as a starter. Miguel Castro has shown some flashes, and they are starting to use him in higher leverage situations. Everyone else has been prettyyyy prettttyyy bad. Mike Wright has actually surprised me when he was healthy. But seriously, how can a team have a group of this many guys and not find 1 guy who has anything to bring to the team. Woof. D

Big 10 game homestand to start the second half. This will tell the story of the 2017 Orioles. Do they come out flat and are forced to sell? Or can they inch their way back into the division race, and get closer in the wild card race. Buckle up!