We are getting closer. To be exact, we are 43 days away from college football kicking off. If the numbers aren’t doing it, the completion of SEC media days today should be making college football fans feel all warm inside.

The week that has hundreds of capital j Journos and crazy fans flock to Hoover, Alabama (RIP MTV’s Two-A-Days) to ask SEC coaches and (alleged) 18-23-year-old kids about football ended yesterday. Similar to past years, 2017 SEC Media Days did not disappoint as it had a bit of everything…..let’s give out some awards:

Question Of The Week: 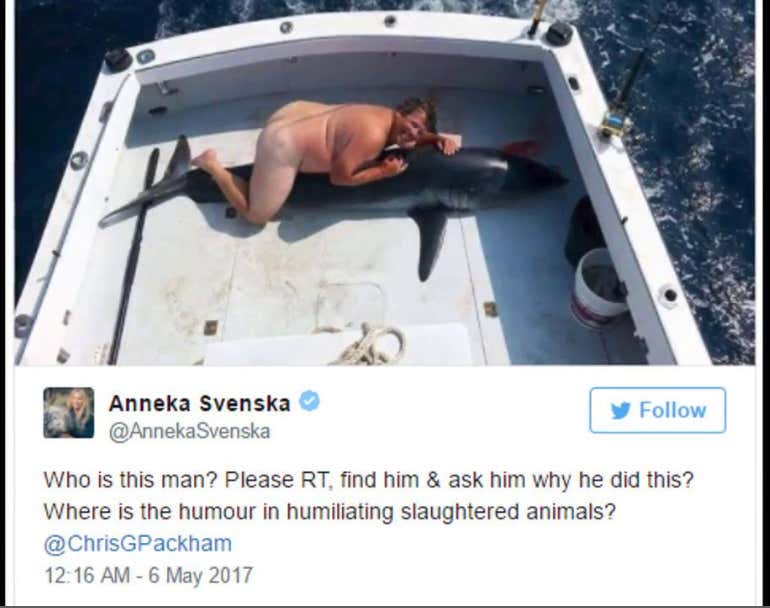 This is why college football is the best. You have a millionaire coach on stage taking questions from journalists, whose companies paid for them to travel to Hoover, that is being televised live on the SEC Network and the biggest question of the day is about a viral picture of a naked guy (who may or may not be Jim McElwain) hugging a dead shark. As the SEC loves to tell us, #ItJustMeansMore!

Father Of The Week:

Yes, somebody did let this man reproduce. I’m as shocked as you are.

I was going to give this award to Brett Bielema, but then remembered he was still at SEC media days even though his wife had a baby 48 hours earlier:

I had a high school coach who did a similar thing. He came to practice only hours after his wife had given birth. He, also, used the “I care more about this team than I do my family, so QUIT YOUR COMPLAINING and give me 25 pushups” line every practice until I graduated. That man is still teaching PE somewhere today.

Fan Of The Week:

Serious question: if you are feeding this dog and getting it’s hair dyed once every eight weeks, at what point do you admit to yourself that you should’ve just gotten a Tiger.

I would love to know “Tiger Jake’s” owners story because you don’t get to the point in life that that man is at without going through some shit.

Suit Of The Week:

While we are on Derrius Guice, good luck to anyone who has to try to tackle this man come September:

Selfless Act Of The Week:

Don Corleone Move Of The Week:

This one goes out to Houston Nutt for suing Ole Miss the night before Hugh Freeze and Ole Miss’ turn in Hoover:

A phenomenal middle finger from Nutt.

Hugh Freeze, who already had a lot on his plate with that whole NCAA investigation thing going on, handled his time on stage by doing an all-time SEC media day fillibuster:

Shoes Of The Week:

Football Guy Move Of The Week:

Sometimes after a great sports moment, the PBP announcer proclaims “they couldn’t have written this in Hollywood!” I don’t know where they are making featured films on football guys, but wherever that is (probably Youngstown, Ohio) could not have written this football guy move by Freeze. Bringing in somebody to talk to your players on an adversity, which was brought upon by yourself, is so football guy it hurts.

Handshake Of The Week:

White people have and will always continue to fuck up handshakes.

Story Of The Week:

You can’t say this every day: South Carolina TE Hayden Hurst was caught up in a “pussy masturbator” story. 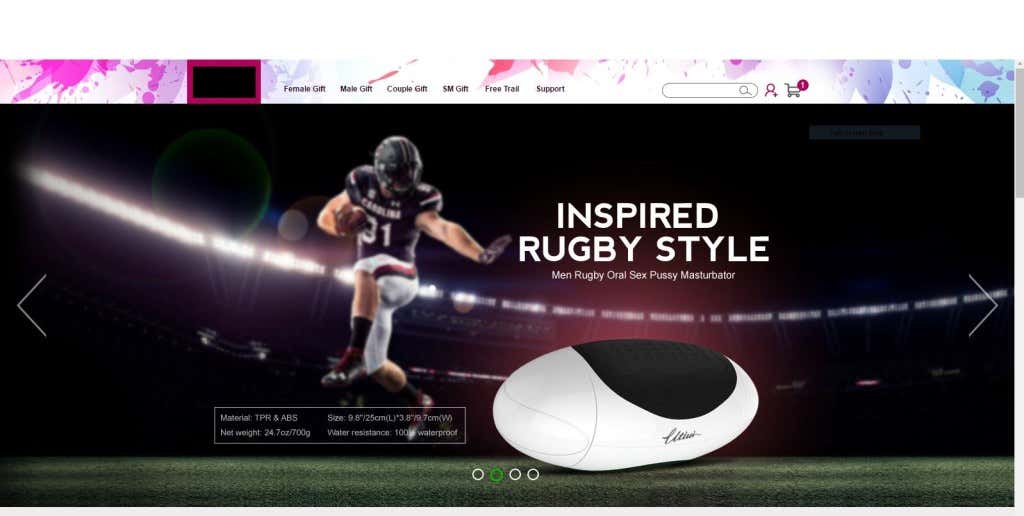 Next to the inspired rugby style “pussy masturbator” you will see a photo of South Carolina TE Hayden Hurst. It was safe to assume that Hurst hadn’t knowingly posed for a “pussy masturbator” product…right? If you were to lose your eligibility, you’d probably pick something better than that. Lucky enough for us, Hurst was brought to Hoover with South Carolina. There, a man who went to journalism school for four years asked him if he had known about this advertisement:

Only 7 more weeks, folks! Then it’s finally back!!! We are going to make it.