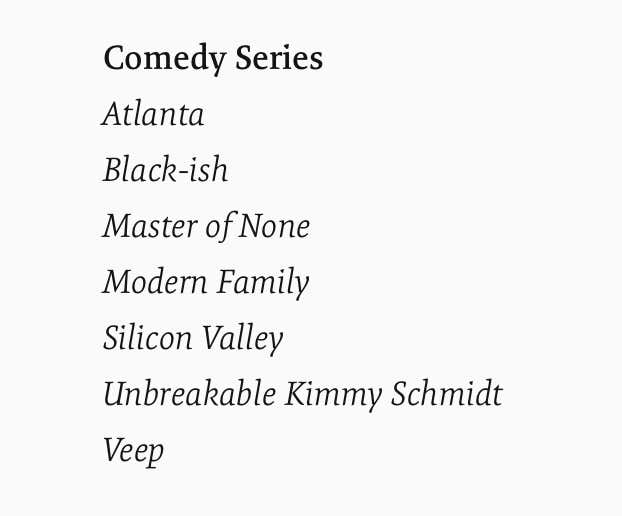 This isn’t exactly what anyone would call a “surprise” anymore but another year, another snub for Always Sunny by the academy. I demand to know how this happens 12 years in a row and I’m not even kidding. I want a sit-down with someone over at the Emmy’s board and, after I slap him in the face, I want him to gather his composure then calmly explain to me how the funniest show on television can go over a DECADE without getting any recognition at all from those who decide what is “great” television.

I know getting worked up about awards is stupid but I don’t give a shit, I’m gonna get worked up about awards. This has gone on far too long. Always Sunny is one of the most important things in my life, my relationship with Sunny is the longest of my life outside of my immediate family. It was my high school sweetheart, we got together junior year, and we’re just as happy now at 28. That’s incredible.

But you’re trying to tell me that Modern Family is better? That’s comfort television. I put on the USA Friday night marathons while I sit on the couch and stare at my phone, waiting for someone to ask me if I want to go out. Master of None? Master of None STUNK this year. It wasn’t funny at all and the only people who liked it are fucking losers who are scared for someone to say “you didn’t understand the art” when they offer a bad opinion, they want to seem cultured. Guess what? Fuck your culture and fuck Alllorrrrrraaaaa! Unbreakable Kimmy Schmidt? I’ve tried a billion times to watch that show, because I love Tina Fey, and it’s zanier 30 Rock with people who suck at it. The only person worth a damn on that show is Titus. I’ve seen a few episodes of Black-ish and while I’m sure I’m not quite the target audience, it seems to be a black version of Modern Family. It’s also comfort TV, the shows you put on in the background when you just want to waste energy and run the electric bill because you know damn well you’re focused on your phone laptop. Silicon Valley is still funny but it’s nowhere near what it used to be.

The only show on that list that is even in the conversation with Sunny is Veep and Sunny is still the better show, it’s just not a blowout like it is versus all the other nominees. One day we’ll tell our grandkids about how we lived in these crazy and corrupt times, the times when It’s Always Sunny in Philadelphia was repeatedly refused to receive an honor they so richly deserved.

Shame on the Emmy’s. SHAME ON THEM.