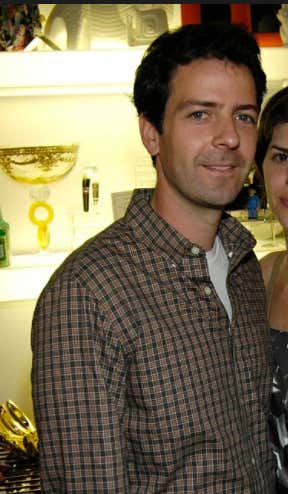 NY Post- An executive at a billion-dollar investment bank was busted at the Tribeca Whole Foods for shoplifting $210 in goods — which he allegedly tried to sneak out in his children’s stroller, court records revealed.

Jordan Lupu, 42, was spotted by store security and busted by cops Feb. 5 as he was leaving the high-end supermarket on Greenwich Street, just a few blocks from his $3?million home.

Lupu, who was pushing his two kids at the time, tried to “remove three Whole Body products and 28 grocery items from displays and conceal the items underneath [his] baby stroller,” according to a criminal complaint that came to light this week.

“[Security] then stopped the defendant and recovered the items, property which belonged to the store and for which the defendant had no receipt, from underneath [his] baby stroller,” the complaint states.

Cops issued the banker a desk-appearance ticket and he was arraigned in April on one count each of petit larceny and possession of stolen property.

Lupu didn’t have to admit guilt in the alleged thefts and if he stays out of trouble for six months, the charges will be dropped and the case sealed.

Lupu’s lawyer staunchly denied the charges against his client — and brushed off the case as a misunderstanding.

Whole Foods? More like… whole paycheck! Unless you’re co-head of global prime brokerage at BMO Capital Markets, in which case it’s probably a very small fraction of your paycheck. On the one hand, I can understand stealing from Whole Foods. Place is expensive as hell and they have the most incredible products. The honey-roasted peanut butter that you grind YOURSELF? Holy fucking shit. Throw that on a banana/your testicles and you/your dog will have a snack to remember.

Having said that, I’m a Trader Joe’s guy. You walk in there and buy exactly the same grocery list as you would at a Whole Foods and it’s half the price. Not to mention everyone is cordial and the cashiers love their jobs almost as much as they love telling you how much they love their jobs.

I know I’m going to get painted as a rich kid for singing Trader Joe’s’ praises (THAT IS THE CORRECT MOTHERFUCKING APOSTROPHICATION OF THAT SENTENCE YOU MOTHERFUCKERS.) But that’s completely moronic. Do you know how much money I save by cooking the majority of my meals from groceries purchased at TJ’s? Tens of dollars a week. Everyone in New York seamlesses 100% of their dinners while I’m steaming up some veg, brown rice, and lean protein for 60% of the cost. And that’s not even getting into the nutritional benefits, which keep you lean for beach season.

Anyway, back to this banker-thief… love the lawyer’s defense:

“Jordan was pushing a double stroller with his young children and wanted to check the price of an item located behind the cashier, and the only way to reach the item without leaving his children unaccompanied was to walk around the cashier down the ramp toward the item he was looking at but happened to be near the exit,” the lawyer said.

“He checked the price and was turning the stroller to go back toward the cashier. He never left the store or had any intention of leaving the store without purchasing the items.”

LOL. I’ve been to this very Whole Foods. The moment you hit that ramp, you’re heading out the door. The only items they have after that point are Christmas trees and big bags of sand, both of which are out of season right now unless dude is building an in-house beach. Also, check the price of an item? Guy has 210 items in the stroller and he’s rich AF. He’s “checking prices” as much as I’m “taking a shower” at my girlfriend’s apartment after a Chipotle dinner. Fuck this guy.