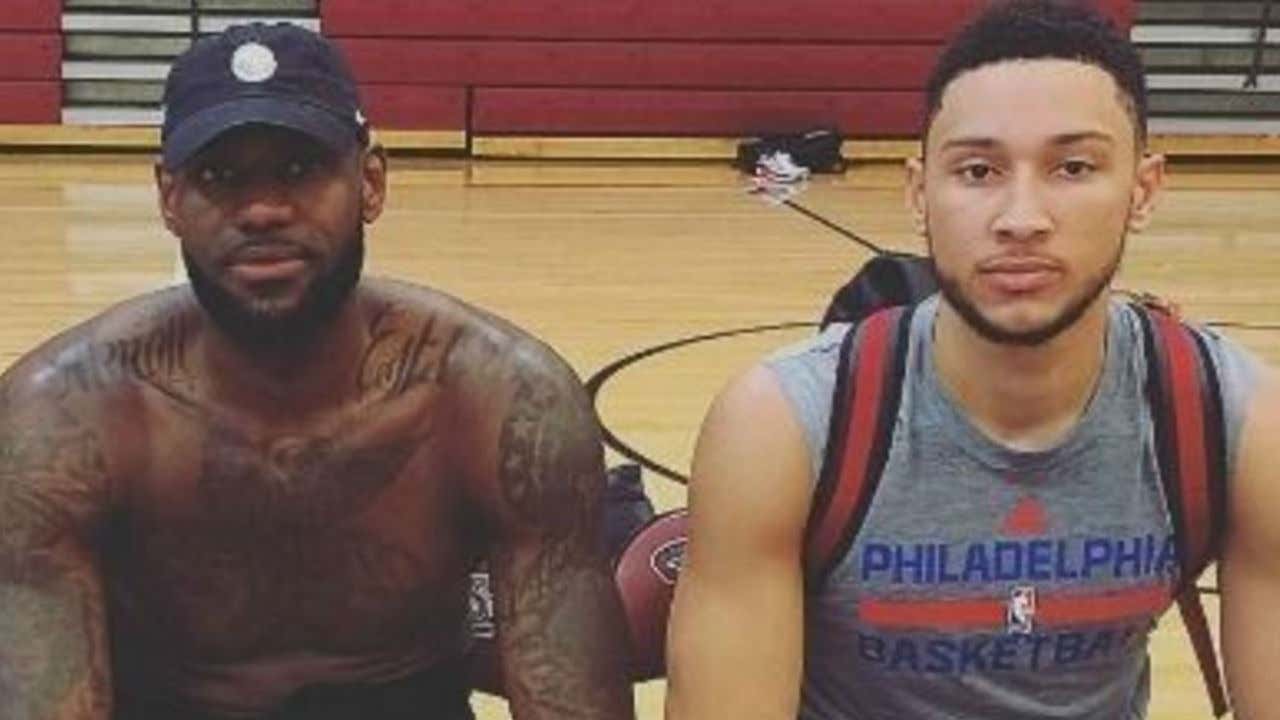 Not going to spend a lot of time leading into this blog. There is plenty going on in the world of basketball right now, across all levels. You have Summer League finishing up, you have the July live period going on, you have Peach Jam going on and you have people still talking about college basketball. Not too bad for the offseason. There were a ton of questions so let’s get into it right away as this will cover everything from recruiting to the NBA.

Right off the bat there are three first round names that stick out. Derrick White (Spurs), OG Anunoby (Raptors) and DJ Wilson (Bucks) as non-lottery guys who can make an impact this season for their respective teams. So why these guys? They all bring something different that each team needs. The Spurs need help scoring from others not named Kawhi Leonard. White can step in and play both on/off the ball as a backup and provide some scoring with that second unit. Throw in the fact that Tony Parker is out until December, it gives White time to get used to the NBA game. As for D.J. Wilson, the Bucks are in a similar spot. They don’t have a lot of guys who can go get their own buckets. Wilson came on late last year as a guy who Michigan would let attack in ISO sets and use his ability to put the ball on the floor, shoot it and his size to score. For OG, it’s strictly a guess that he looks the part of the prospect he was before the injury.

I think Maryland will be just fine this year. Yes, you lose a big time name and a guy who helped make Maryland basketball relevant again, but they return a group of now sophomores that should be successful. Out of that group, I actually like Kevin Huerter to make the biggest jump. He’s a knockdown shooter and can make a jump like we saw Luke Kennard have this past season. Huerter was able to play for the U-19 team and while he didn’t shoot the ball well, he made his mark with his playmaking ability and passing. Much like John here says, you’ll see a more fluid offense this year too. Last year, especially as these guys were freshmen, they wanted to let Melo just do his thing and the offense got stuck plenty of times. Expect to see them use Justin Jackson in more ball screens and play a little more uptempo.

I think this is another fairly easy question looking at the Big 12 this year. It has to be West Virginia as the clear No. 2 team and the one who could possibly end the Kansas winning streak. WVU will have a potential All-American in Jevon Carter and they’ve obviously been successful under Huggins. They’ll still be Press Virginia, even with the rule changes, and still return a good chunk of the group that got as high as No. 7 in the country last year. The league will take a little bit of a hit with guys like Monte Morris and Johnathan Motley no longer around, but it’s Kansas then West Virginia and then a couple of teams after that like TCU and Texas.

Whew, it’s tough to imagine Michigan State being threatened this year in the B1G as they are just head and shoulders the best team in the conference. Throw in the fact most of this group are now sophomores, we’ve seen how players develop under Tom Izzo. If I had to pick I’m not as high on Minnesota as others are. They’ll be a top-20 team but the loss of Akeem Springs is pretty significant. The other thing to note in the B1G vs the Big 12 is the unbalanced schedule. We’ve seen this be a reason why a team who isn’t as talented as another wins the regular season. Michigan State could get screwed in theory by the schedule makers to leave the door open. The team I’d actually pick though to be the biggest threat to Michigan State would be Michigan. Sure they lose Derrick Walton Jr., Zak Irvin and DJ. Wilson, but they return Mo Wagner, Muhammad-Ali Abdur-Rahkman, Xavier Simpson and bring in a guy like Charles Matthews and Jordan Poole. I also have a ton of faith in John Beilein as a head coach that I’ll give Michigan the edge over Northwestern and Minnesota as the second best team heading into the season.

Another threat question. I don’t think this will be a LSU/Simmons situation, though it does have that feel. I don’t think Cuonzo Martin is a great coach, but he’s better than Johnny Jones. Also, this Missouri team will have some success with the roster they have. Along with Porter they are bringing in Jeremiah Tilmon and return guys like Terrance Phillips and Kevin Puryear. Now there’s the report that Jontay Porter (Michael’s younger brother, who is a five-star player) will reclassify and join this team. Throw in the fact that Missouri brought on Cornell Mann as an assistant coach – that’s the right recipe to be like a No. 6 seed in the NCAA Tournament (which would be my guess on them). Porter is an absolute stud though. Talking to Rick Carter, a former assistant coach, who spent plenty of time watching this incoming class said it’s not close who the most talented player is and that’s Porter.

I’m going to go ahead and say no with this one. I’m still not 100% sold on the fact LeBron is going to leave Cleveland after this year. It’s all going to depend what happens during the season. If the Cavs make the Finals again and win or push GSW to a 7 game series, would he be inclined to leave? If he does leave, it will be to play with his friends. He’s not going to go to Philly, I’d expect him to head to a Western conference team anyways. Again, I don’t think it’s as much of a lock that he’s out of Cleveland this year regardless. He’ll continue to sign these one year or two year deals and pick and choose his spot. I still think it’ll be a move to LA or Houston (assuming they get Melo and can figure out cap space stuff in the offseason).

There’s the answer right there in the question. Caleb Swanigan was so damn important to that team. They became a great 3-point shooting team because of all the attention Swanigan drew in the post. Throw in the fact he became a better passer in the post, it just opened up the floor for them entirely. They don’t have that this year. They’ll have to decide if they want to go small and play around Isaac Haas (who can’t stay out of foul trouble) or if they go with two bigs like they did last year. The problem there again is Swanigan was an improved shooter and solid at the entry pass from the hi spot in the hi-lo. I do like Carsen Edwards a ton. I think you see him make the jump due to the opportunity he had this summer playing in both the U-19s and the University World Games (the whole Purdue team is playing in these). They’ll be a NCAA Tournament team, but they are a fringe top-25 team and right now I find 25 teams better than them.

I’d guess UK is his leader right now, with Duke and I’ll go USC over UCLA as his third option. As for RJ Barrett reclassifying, I think Bagley is too good to care about that. I’m not sure what sort of relationship the two have, they are both on the Nike EYBL Circuit, but on different teams, so there is at least that connection there if you are grasping at straws. Both guys are going to get recruited by every big name in the book, so I’m sure coaches like K and Cal and Self are selling them on how they can play together. If Barrett reclassifies and commits to Kentucky early, you’ll probably see Duke take the lead in recruiting for Bagley. I have a sneaky suspicion though it’ll come down to UK and USC for Bagley.

I think Cincinnati will be Cincinnati. They will be a top-20 team pretty much the entire season, but I don’t see them as title contenders, which is fine. That’s not a slight at them, I just don’t see this team winning 6 in a row in March, but 350 other teams will be in the same boat. Can they give Wichita State a challenge? Sure. We don’t know how the AAC teams will improve either. Cincinnati could avoid some of the top teams twice, where Wichita gets them, which could give UC the tiebreaker. What I do know, is UC will guard their ass off and they have a couple of dudes in Jacob Evans and Jarron Cumberland who give them a different look than in years past. Throw in having a scoring point guard in Sacred Heart transfer Cane Broome and Kyle Washington/Gary Clark in the post, they should be even more efficient offensively. I still give WSU the edge because Landry Shamet is the best player on either team plus Gregg Marshall is a really good coach, but UC will be ranked all season.