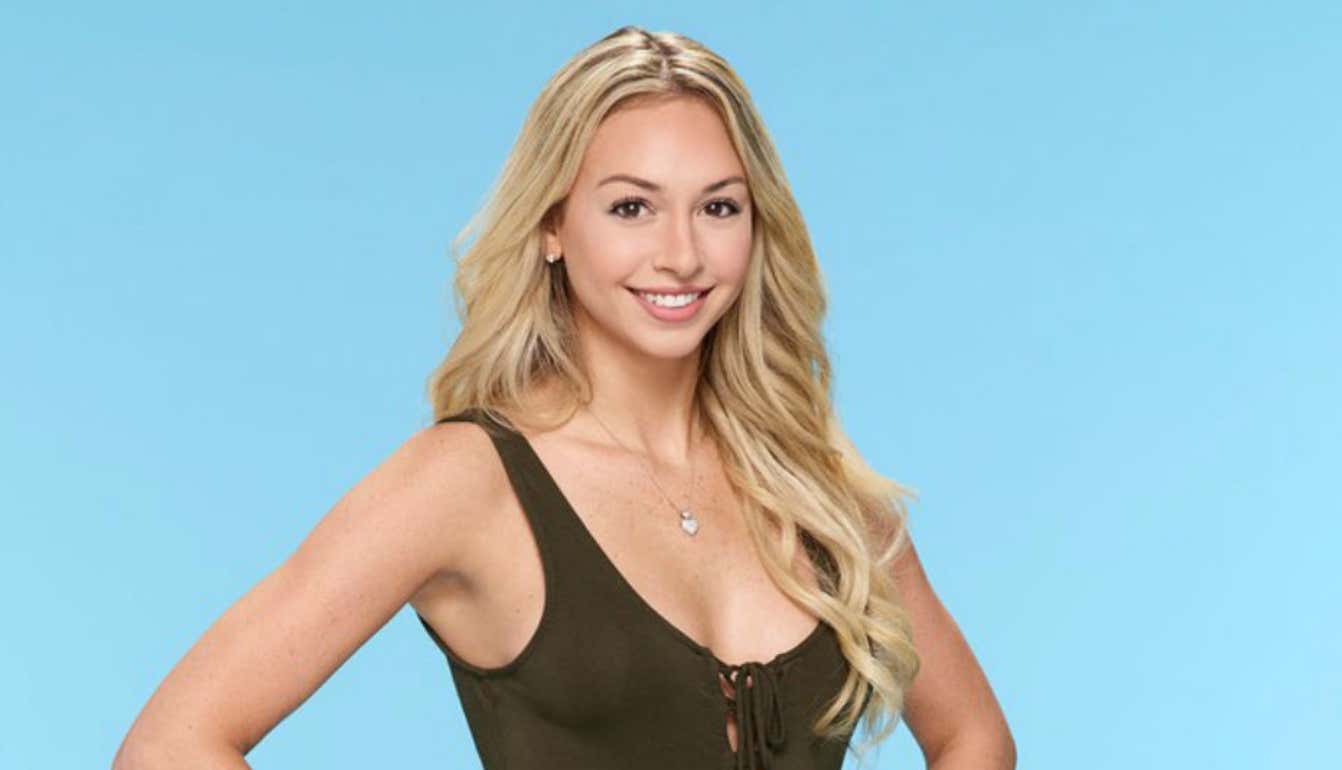 Daily Mail- Corinne Olympios will return to ABC’s Bachelor In Paradise after all. The former contestant, who was caught up in a sex scandal with fellow ‘ousted competitor DeMario Jackson, has confirmed she does plan to take part in a reunion show this summer. ‘I am very happy to be appearing on the Bachelor In Paradise Special,’ she said in a statement Wednesday. On June 29, she had stated she would not return to the show even though she’d been invited to.  Filming was halted in early June after sexual contact between Olympios and Jackson while in a pool together. Olympios, 24, maintained she was blackout drunk and could not have given her consent to Jackson. A subsequent sexual misconduct investigation by Warner Bros. ultimately found there was no wrongdoing by either Olympios or Jackson in the incident that sparked a scandal.

Nope. Fuck that. Sorry but you’re not welcome here anymore, Corinne. Either come back and be on the whole show or get to fucking steppin’. That’s the deal. I don’t want her to comeback for some half hour bullshit special where she cries about her experience and how it affected her life. No. No no no. Come back and be the Corinne we fell in love with or we never want you on our TV screens again. That’s what I wish ABC had told her. The only person I want on that reunion special is DeMario so he can talk mad shit about Corinne and how she ruined his life for no reason. I just want him to come on and shit all over Corinne and not give her the opportunity to defend herself cause everything she did after the story broke was indefensible. She got BLACK OUT drunk, did some crazy shit, had no idea what actually happened and then just started pointing fingers at people once she heard there might be a pot of gold at the end. Either come back for the whole show so we get entertainment out of it or get out forever.