Forbes – Blaze Pizza was founded five years ago with two pizza places in Southern California (Irvine and Pasadena). The concept: fast, affordable, high-quality pizza that opened up the pizza category to the lunch crowd long after burgers, salads and burritos became lunchtime staples. The idea of build-your-own pizza ready in three minutes clicked with pizza-loving Americans and franchises popped up the following year.Blaze opens its 200th restaurant today in Mentor, Ohio. Going from two to 200 franchises in four years is the fastest start in the history of the U.S. food service business, the industry consultancy Technomic confirms. One of the world’s most famous and marketable athletes has been along for the ride from almost Day 1. Today, LeBron James is all-in on Blaze as an investor, franchisee and paid endorser of the company. “We want to set up ourselves up so we can go public with a billion-dollar valuation,” says Mizes with a target date of the next three to five years. It would be a nice score for four-time NBA MVP James, who has talked about becoming a billionaire. He owns an estimated 10% of the company.

Fuck this noise. Listen I’m not the biggest Lebron James fan. I’ll admit that. I may be slightly biased in how I view everything he does and everything he stands for. But when it comes to pizza I am a man of integrity and honor. I can put my differences aside. I can be as fair and balanced as Straight Arrow Genaro. Everybody knows that. And having said that I tried Blaze Pizza and it stinks. It’s a national embarrassment that this is the fasted growing restaurant chain of all time. Just making kids fatter and grosser on subpar pizza. I hope Lebron is happy with himself. He always talks about how he cares about the kids? About being a dad. Well what about eating healthy and not serving fast food pizza? What about that Lebron? Sounds like you care more about your wallet than nutrition and exercise. I see right through you Bron Bron. And like I said that’s not because I hate him. That’s because I care about pizza and the kids. 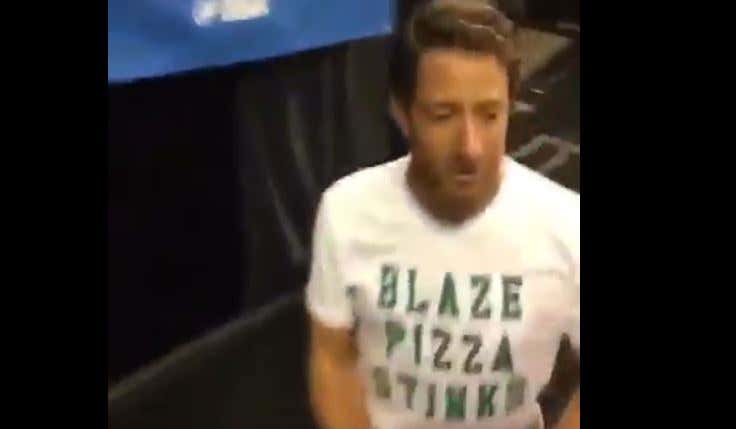