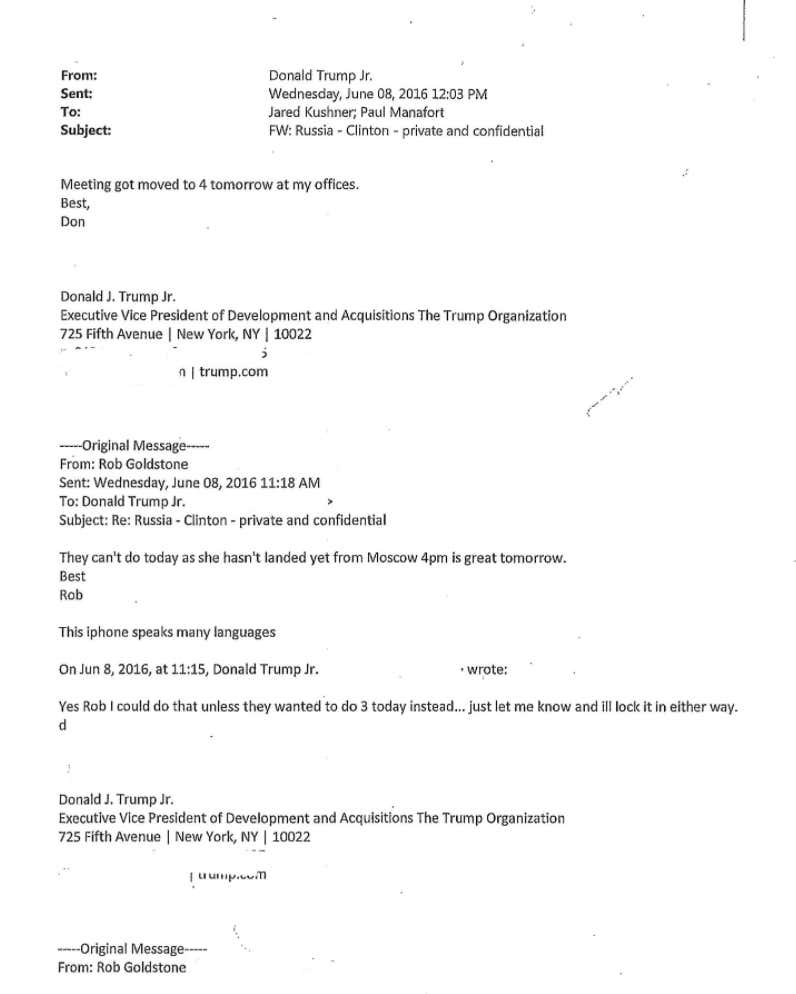 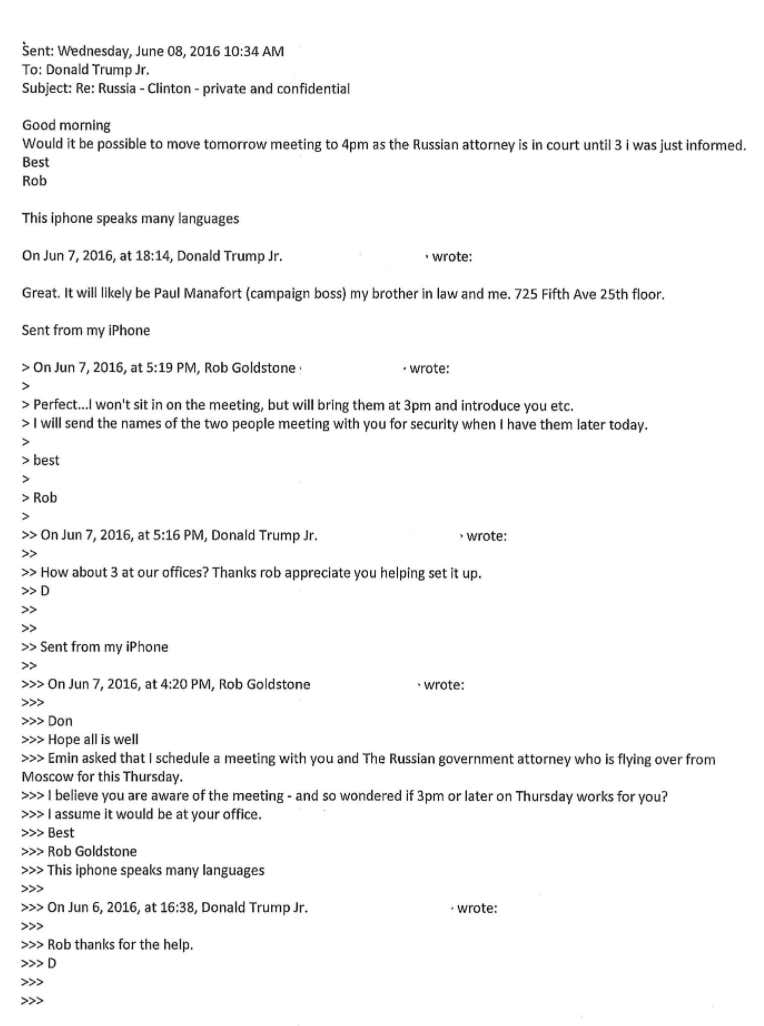 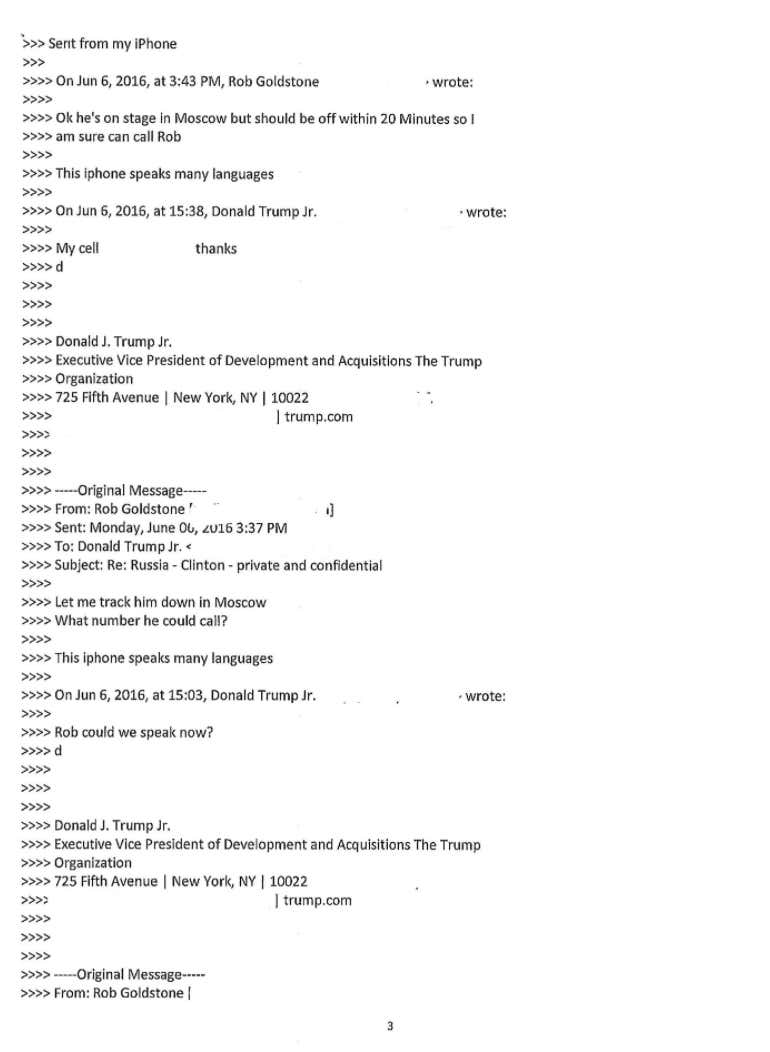 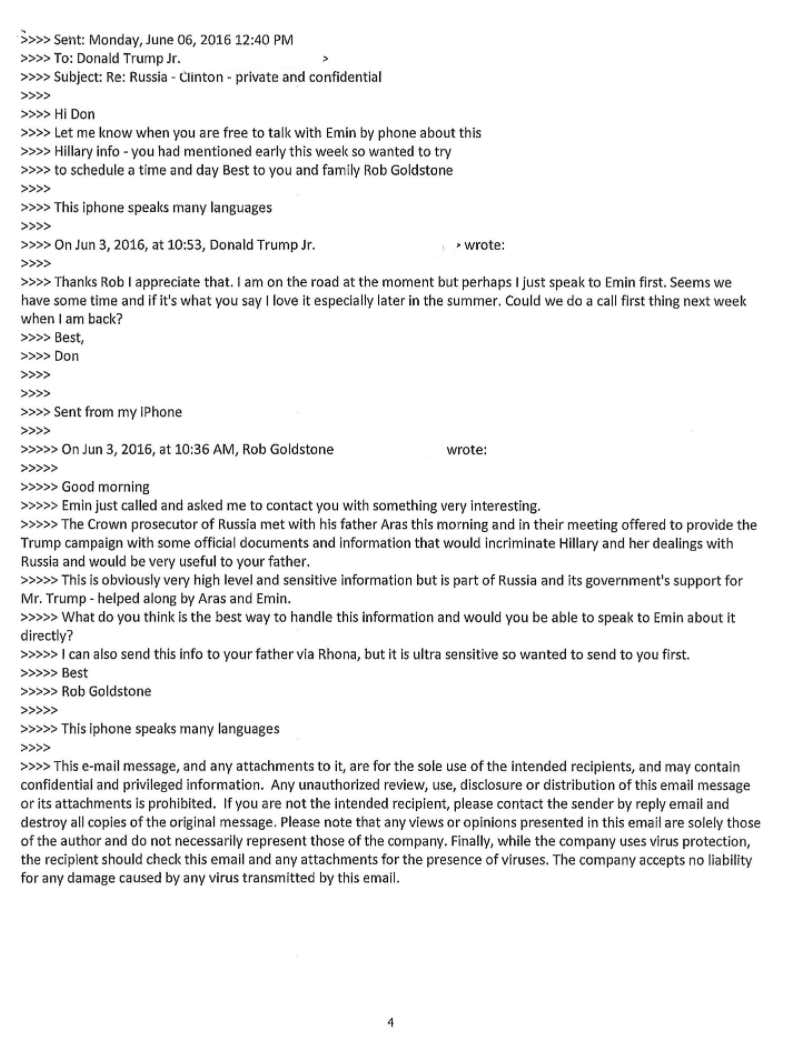 This story kicked off in the New York Times on Saturday and just hasn’t died. The exact opposite actually; it’s picked up steam. Today it really hit its climax when Donnie Jr. tweeted out the above emails. How do I feel about it? What’s my take? Is this good, bad, or a non-story? Well look. Here are the facts. Let’s lay out exactly what happened and then figure out how we feel about it.

Last summer, mid-campaign, Donnie Jr. was approached about a meeting with a Russian-linked lawyer. He was approached by an absolute legend, Rob Goldstone. 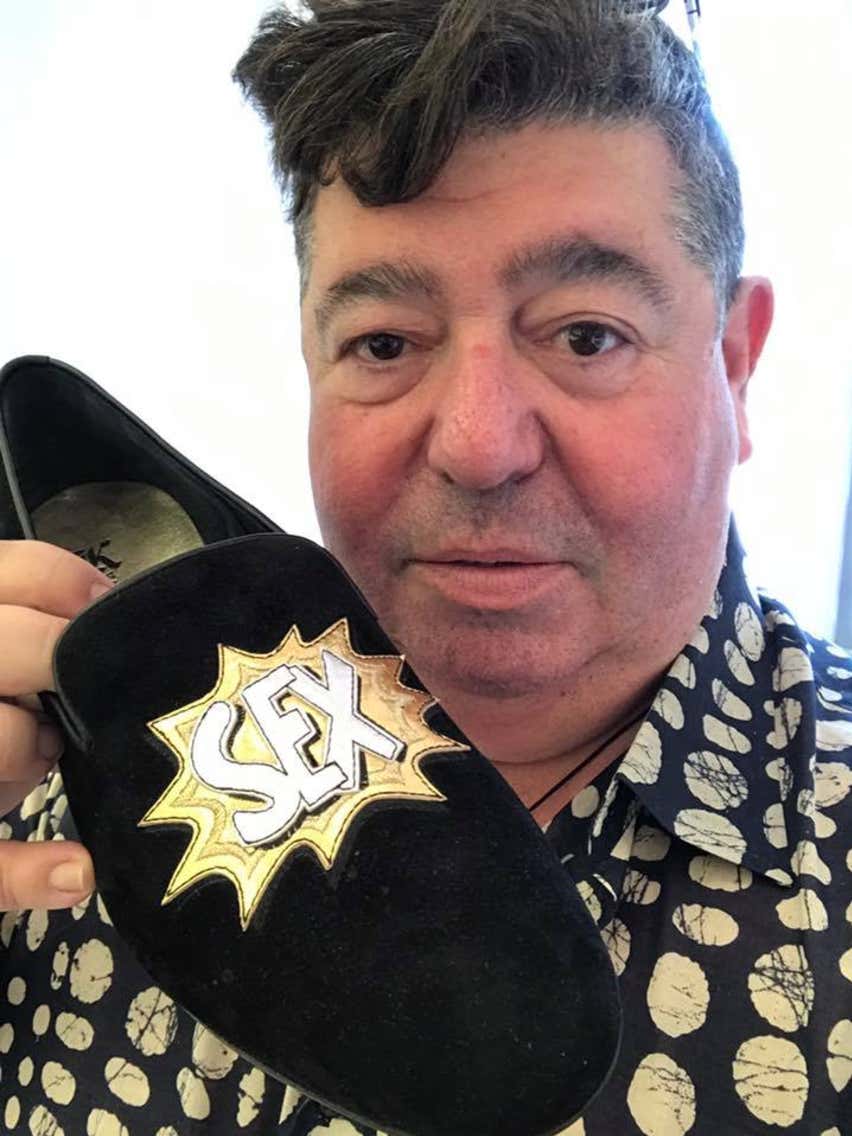 Goldstone is a publicist who reps pop stars and shit. He also linked President Trump up in this FIRE music video in 2013 (Trump enters 3:32 mark).

And he had this to say about the meeting. 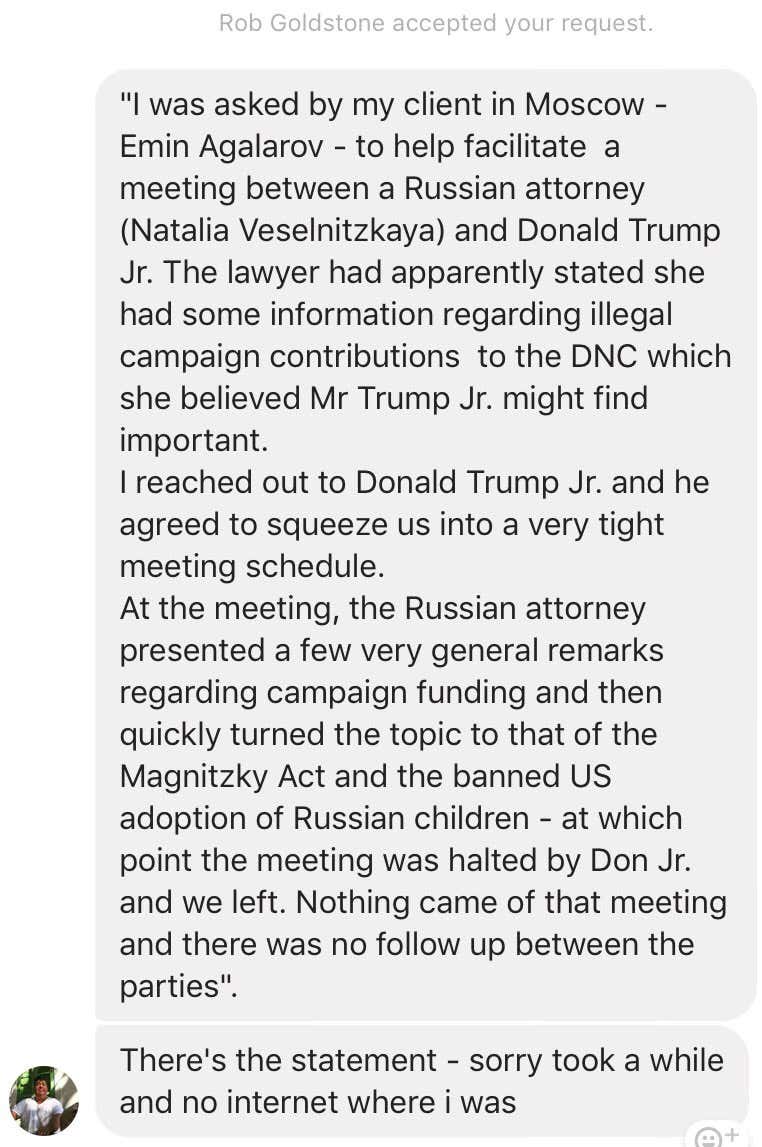 Anyway, this dude facilitated the meeting between Donnie Jr., Paul Manafort (campaign boss), Jared Kushner, and the Russian attorney. And he knew what he was getting into, as it was all laid out here:

So they took the meeting and claim nothing came of it.

He’s being condemned from one side, and praised by the other for transparency.

Look, is it ideal that a presidential campaign is taking meetings with foreign agents about how said foreign agents can help or hurt the election? No. Of course it isn’t. But if you’re surprised by this, if you didn’t expect this, if you’re scarred or perplexed or offended or disgusted by this… you’re a fucking idiot. Of course this goes on. Of course you take the meeting if the meeting is with someone you believe to have credible dirt on your opponent. OF COURSE you do. Who the fuck wouldn’t?

Maybe you don’t send your own son, and your son in law, and your campaign boss. Maybe you send people that never, ever, under any circumstances get traced back to you — that’s what the Clinton Machine would do — but you obviously take the meeting. Every successful political campaign in the history of the world takes this meeting. Takes all of these meetings.

Wake up people. Everybody does this, the Trumps were just a little more cavalier about it (by cavalier I mean emailing and sending direct relatives and then tweeting those emails).

But of course you take it.

It’s not ideal. It’s not perfect. Russia wants the worst for us and they were meddling in our election. It’s terrifying. We should probably do something about it. But in regards to this specific incident — everyone takes this meeting one way or another, and anyone who claims they wouldn’t is a damn liar (or an idiot who loses presidential campaigns).