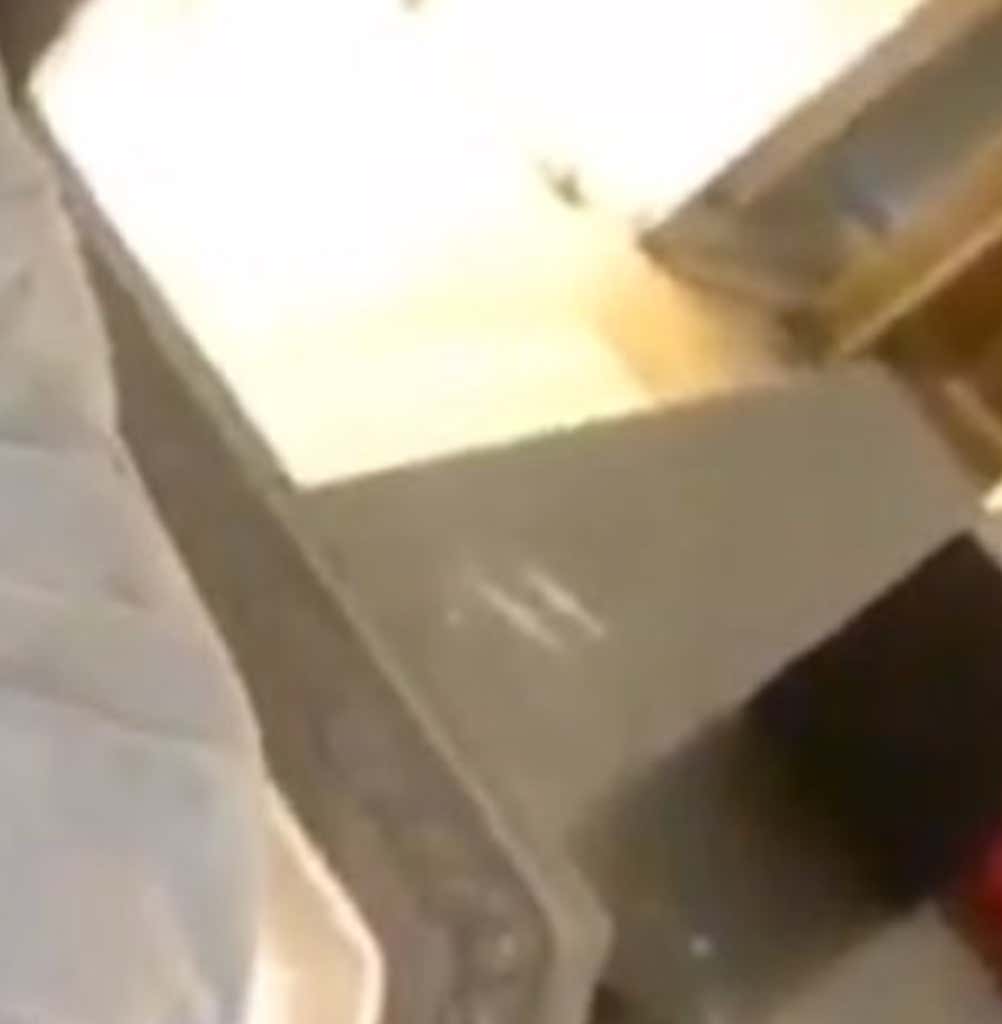 But… candy mess? Sugar? That’s what we’re trying to play this off as, Kim? Listen here, little lady, I’m not the coolest guy in the whole world but I’ve got a little experience here. First of all, I was a child and ate candy and made sugar messes. I never, in all my days, organized that spilled sugar into perfect lines that looked like they were cut up with a razor blade. That would be a foolish thing to do as all children know you dumb the candy from the bag into your mouth then rip the bag open and get some numbies from the sugar residue. That’s how a kid eats his candy. A smart one, at least.

Secondly, I’m not the hippest guy in the whole world but I’ve been invited to a few parties in my day. Yeah, I was shocked too. I’ve perhaps seen some drugs out on tables and you know what? They looked an awful lot like that, Kim. Strikingly like that. Don’t hit me with outrageous excuses like it’s candy sugar because there’s a less than zero percent chance I’m believing the cocaine looking substance on the rich girl, with a strict diet, from LA’s table is candy. That’s not how this works. Bad excuses are always worse than just ignoring the problem.