Yesterday, the news cycle was shaken up by a shocking development in a story that has been followed by this country for over a year. It’s been theorized across office water coolers day in and day out since the fall, but nobody saw what was coming today.

I’m, of course, talking about Mike Gundy’s decision to end his year-long journey of growing out his mullet:

Brutal. Only a week after we saw the mullet’s peak, which had the college football world imagining “how far is this man willing to go?” the Oklahoma State coach went back to square one:

There are two questions that need to be asked now. Let’s start with the obvious: what does this mean for the 2017 Oklahoma State Cowboys? Could the universal “sleeper” for the CFP (which no longer makes them a sleeper) feel the effects of not having the swagger from their coaches glorious mullet? It’s possible. If you look at their 2016 season, their two worse games (CMU and Baylor) happened when Gundy’s mullet was still in its infant stage. From October (which is when I considered his mullet came into true form) on, Oklahoma State was 8-1, beat 3 top 25 teams, won the Alamo Bowl and outscored their opponents by an average of 11.11 points.

The second question centers around Gundy’s future. No, not whether or not he’ll eventually leave OSU, but instead whether or not this haircut was putting the mullet stage of his life to death OR was this just a recharge? The tweet above clearly states that this was only a “trimming” and we can visually see that Gundy still has a bit of “party” in the back.

Only time will tell on both these questions, but there is one thing for sure: we’ll always have the past 358 days of Gundy murdering the mullet game: 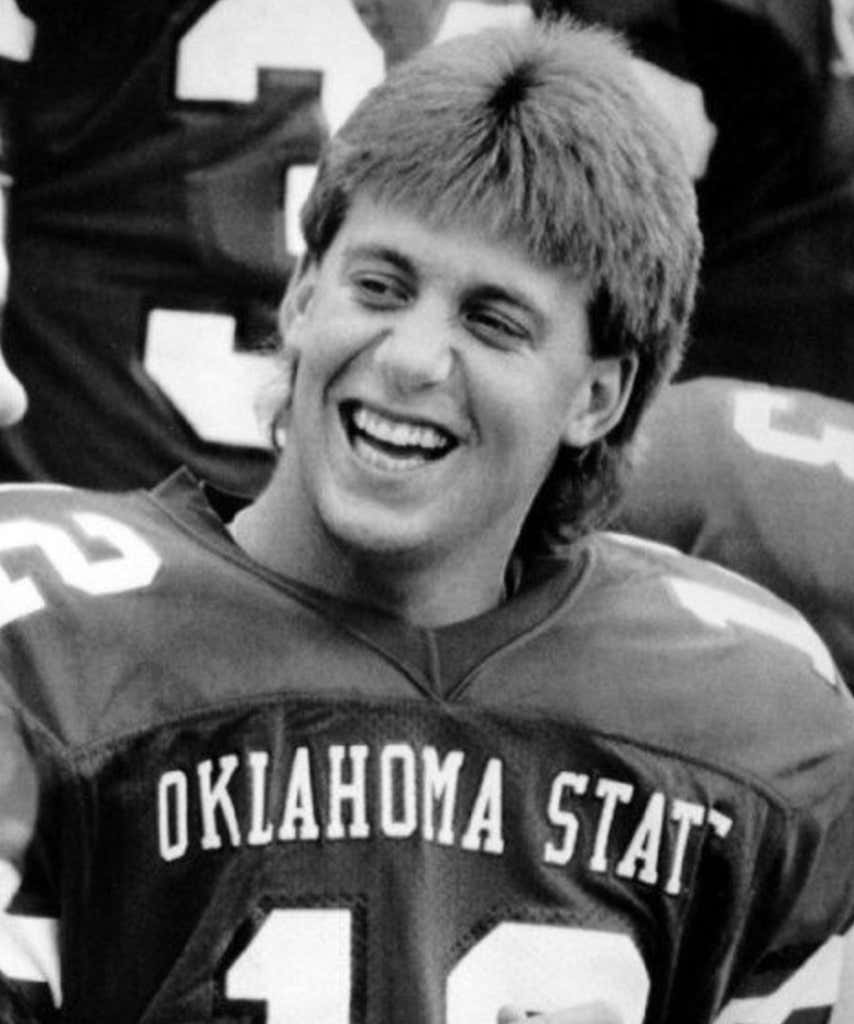 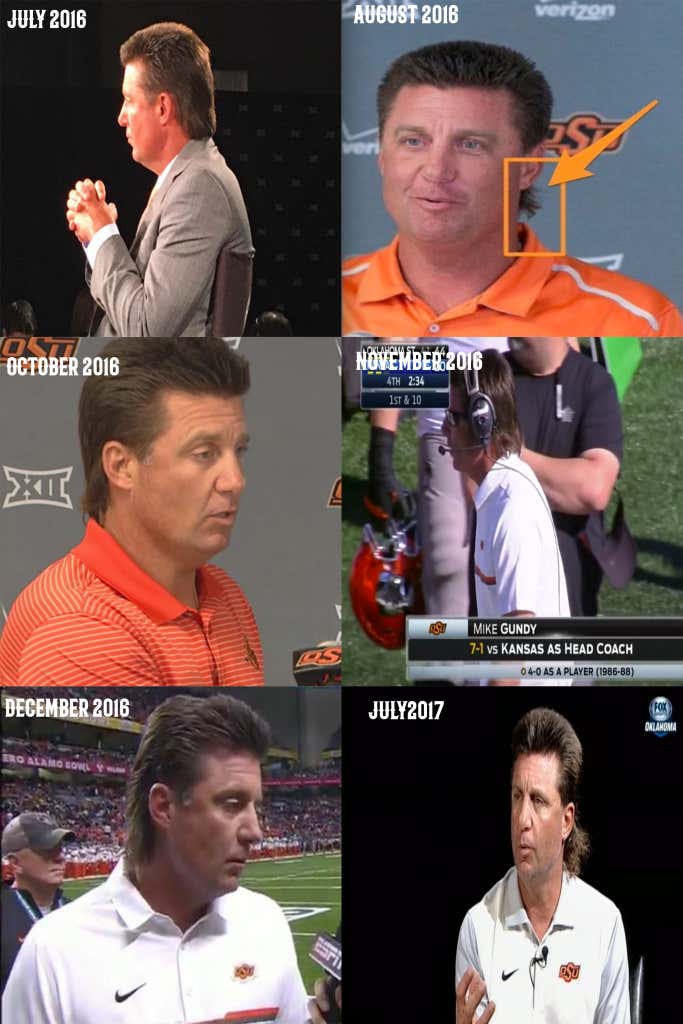