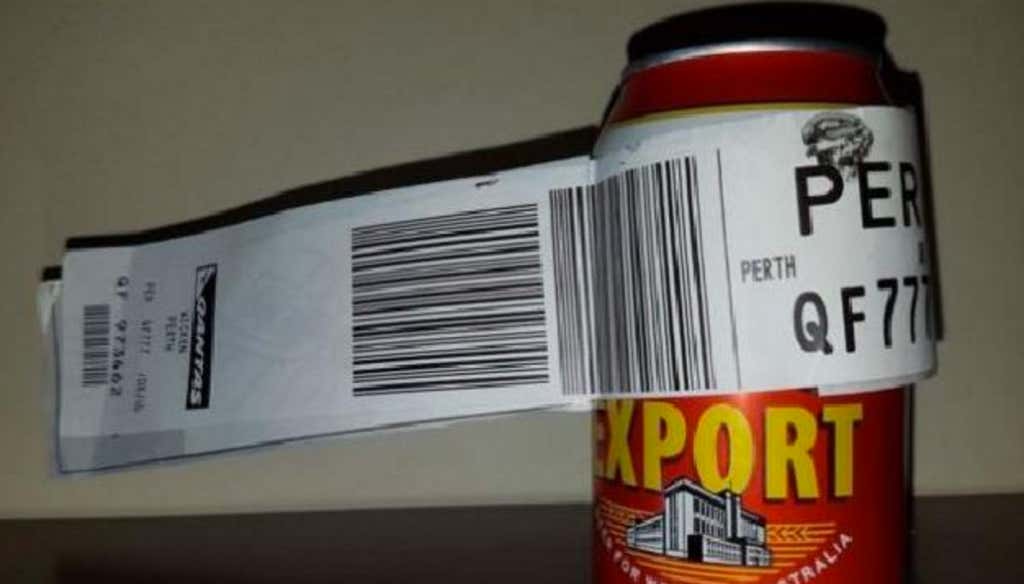 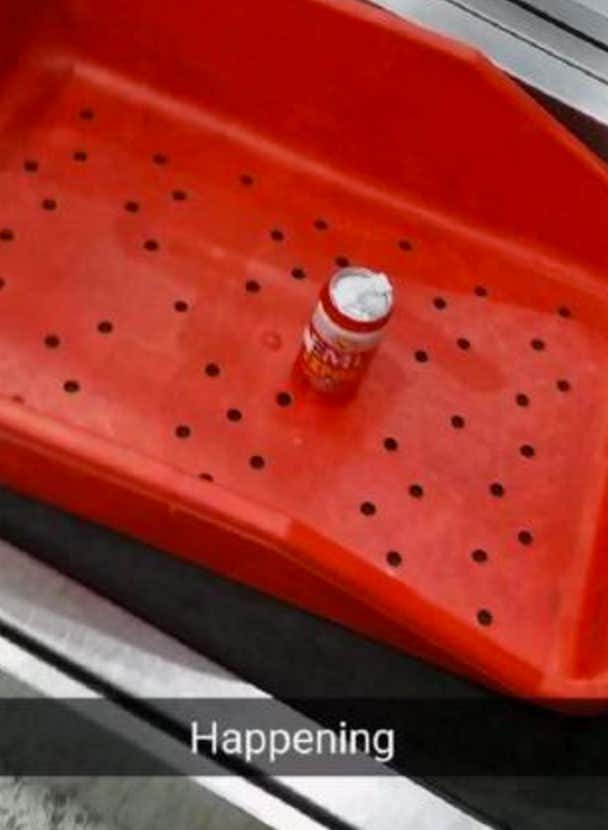 NEWS AU – AN Australian man has taken the advice ‘only pack the essentials’ to a new level after checking in his luggage at Melbourne airport on Saturday, which consisted of a single can of beer.

The passenger was travelling to Perth on Qantas flight QF777 and was determined that his Emu Export lager would be coming with him.

The single can was transported with the rest of the luggage bound for Perth.

The beer was tagged and sent off to be loaded onto the plane with the rest of the baggage, which the Melbourne ground staff happily did — but not until they had snapped a few pictures of the unusual check-in item.

Dean, the man behind this ingenious idea, was thrilled to see his lone tinny arrive on the conveyor belt at baggage claim and told the Daily Mail he was unsure if his luggage would make it.

“My mate works at the airport and we hatched the plan as a laugh — I half didn’t expect it to come out the other end,” he said.

“But when it did it was sent out well in front of all the other luggage, so the baggage handlers obviously appreciated it.”

He was prepared to file a lost luggage report if his precious cargo didn’t turn up, but there was no need as it arrived in pristine condition.

Here we find ourselves once again, an internet story toeing the line between “cool move” and “hardoooooo.”  I mean the fact of the matter is checking your can of beer and documenting it for the internet is the “I drink, bro” move of the millennium, can’t really argue that.  But if it stemmed from an argument with security?  If Dean here had his backpack taken off the conveyor belt while a TSA agent confiscated a cold one from the front pocket as his partner roughly caressed his entire body searching for other contraband?   That’s how I choose to envision it.  Dean being told he’ll have to check his beer by some douchebag with a smug look on his face and Dean saying ok motherfucker.  Tag it up.  The ultimate spite move, and everybody knows, I’m a HUGE spite guy.   Also a huge principle guy.   Yeah I could buy a beer on the plane.  Yeah I could buy a beer when I get off the plane, one that’s not shaken to shit and was just exposed to temperature changes from 90 degrees to negative 60 then back to 90.

That’s not the point.  I want THIS fucking beer.

Shout out to Qantas for getting it there.