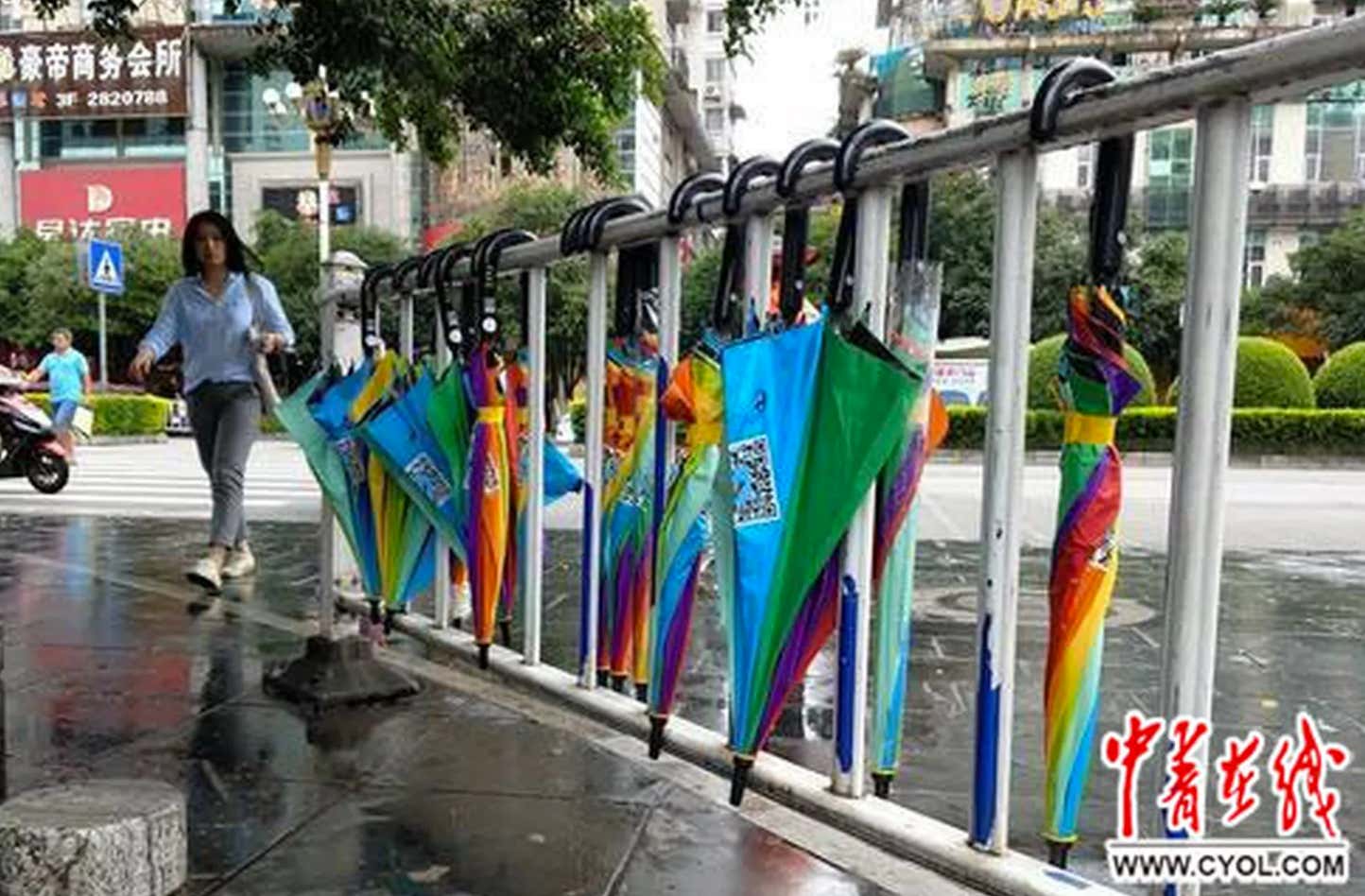 Shanghaiist- With bike-sharing companies like Mobike becoming incredibly successful in Chinese cities, a few startups have decided to mimic the concept with shareable umbrellas. The only problem: most of the umbrellas have gone missing.

Only a few weeks after starting up operations in 11 cities across China, Sharing E Umbrella announced that it had lost almost all of its 300,000 umbrellas.

The Shenzhen-based company was launched with a 10 million yuan investment. The concept was similar to those that bike-sharing startups have used to (mostly) great success. Customers use an app on their smartphone to pay a 19 yuan deposit fee for an umbrella, which costs just 50 jiao for every half hour of use.

While Sharing E Umbrella gave out their umbrellas at train and bus stops, they soon realized that getting users to return the umbrellas would be a problem. “Umbrellas are different from bicycles,” Zhao said. “Bikes can be parked anywhere, but with an umbrella you need railings or a fence to hang it on.”

The SCMP reports that Zhao concluded that the safest place for an umbrella would be at the customer’s home, where it would be safe and undamaged. But, apparently, customers have skipped the final step of then returning the umbrellas, simply keeping them for themselves.

Each lost umbrella costs the company 60 yuan to replace, but Zhao has not yet given up hope. He reportedly plans to release another 30 million umbrellas by the end of the year.

An umbrella service charges a $2.80 deposit for each umbrella rental. The umbrellas themselves cost $8.80. If the company buys 300,000 umbrellas to start, how many of the umbrellas will be stolen?

Answer: 100%. Every mother-fuckin’ one. You’re basically selling the umbrellas at a 70% discount and hoping people will return them out of the goodness of their heart. LOL. It’s China! Maybe that would happen in Sweden or Canada or some summer camp in Maine where everyone shares toothpaste. But China currently has the second largest economy in the world and they’re gunning for us. What an outrageously naïve idea.

The main problem, according to the company’s founder, was that you can’t store umbrellas on the street as easily as you can store a bike. The best place he could think of for people to stow their umbrellas was inside their homes. In other words… take this completely discounted tool into your house, where you most certainly don’t have a calculator which can easily show you that it costs less money to keep it than to continue renting.

I’ve been to China. I don’t know if you guys remember because it was a while ago (May). Behind their smiling faces lurks a sinister, subversive capitalistic greed; the kind of poisonous ideology that will steal a $2.80 umbrella before you can say Mao.