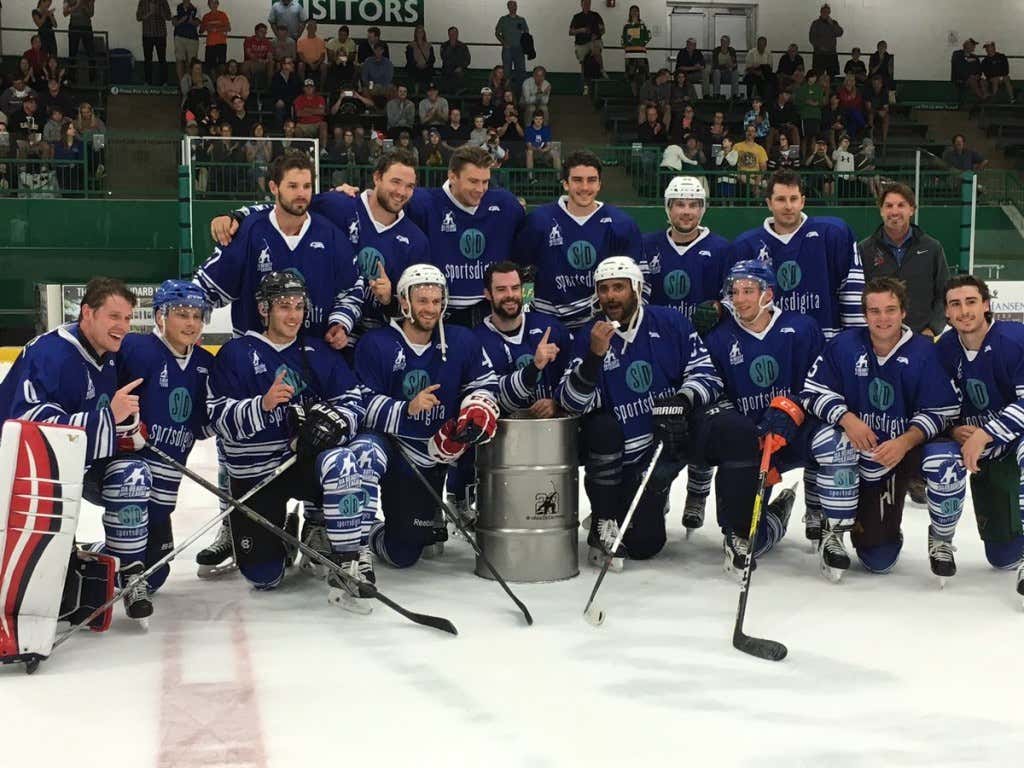 Minnesota didn’t get the title as the “State of Hockey” by accident. You had Gordon Bombay and the Mighty Ducks. You have the Minnesota State High School Hockey Tournament. And then you have Da Beauty League. In case you missed out on the inaugural season last year, here’s a quick recap for ya. Essentially all it is, is taking the best hockey talent with ties to Minnesota and have them sauce around all summer competing for the John Scott Cup. Which, to an untrained eye, is merely just a keg. But to those of us who live the beauty life? It’s so much more.

The 2nd season gets underway this week and when the rosters were finally announced, I’ll admit that I feel a bit slighted for not getting the invite this year.

(Initial reaction is Team Walser, which I guess was SportsDigita last year, wins the JSC again this summer)

As someone who is a true ambassador for the beer league game, you’d think I could have at least landed a spot as a coach on one of these teams. But looks like we’ll have to wait another year for that.

But I digress. You take a look at those rosters and you know you’re in for some good ol’ fashion barn burners. The boys are just gonna be pinging pipes and crushing corners all summer long. Genuinely feel horrible for the tendies who have to play in this league. Nothing like spending your summers getting sniped by Big Daddy Byfuglien 5 times a night.

Best news of all? I’m pretty sure the games will be streamed online this summer. Which means it is officially hockey season again. The DBL season brings us right into NHL training camp. So you’ve got games online from now until the middle of August, NHL preseason in September and then we’re right back into the NHL regular season. Hockey back, y’all.