CNET – Many of the reviews were excitable.

“Best airline ever; the fact that you shared this is just fabulous!!!” said Sáoirse C. Dagg.

“The fact that virgin shared it cracks me up,” beamed Melissa Raw White Hill.

They had just enjoyed a video shared on Friday by Virgin Atlantic on its Facebook page. It showed a woman emerging from an airplane restroom, shortly followed by a man.

The woman was somewhat grim-faced. The man emitted a satisfied smile.

The action had apparently been filmed by a fellow passenger.

The video had first been posted to Facebook by media company LADbible, with the caption: “Mile high club members thought they’d hid it so well.” It was originally shot by Florida resident David Eve, who says on Facebook that he works for engineering company Bouygues Travaux Publics. It has enjoyed more than 7.5 million views.

Not everyone, though, was entertained.

“How creepy of this guy to video the scene, send it to the airline, who then post it as a ‘badge of honor.’ On so many levels, this is NOT what passengers need to see, especially with overpriced limited seat room,” offered Den Osborne.

Funny clip, but hope everybody is woke to the guerilla advertising here. 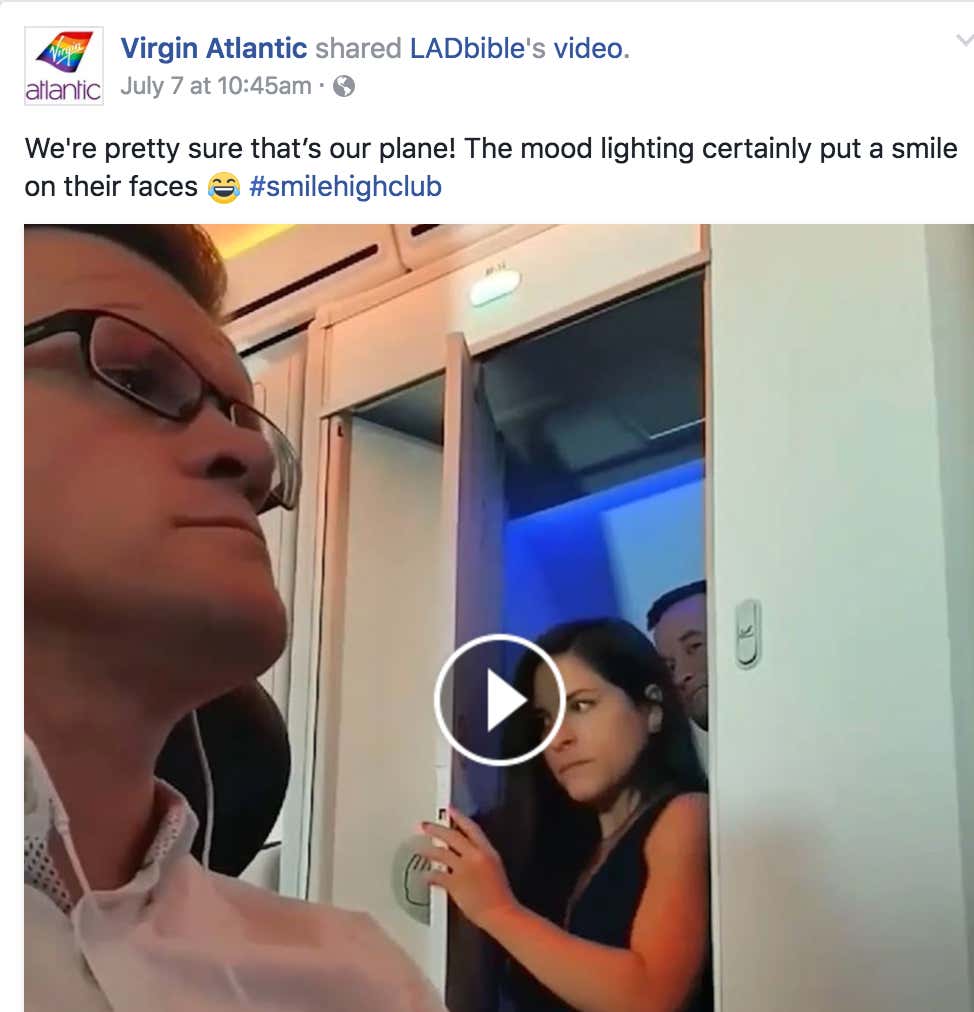 Virgin Atlantic sharing a Lad Bible video.  I mean I don’t mean to be the jaded old guy yelling at the internet clouds here but if there’s one thing I’ve learned in 8 years of working on the internet, it’s that nobody does anything just to be funny.  Especially brands.  ESPECIALLY brands.   There’s no pure love of comedy or joy in making people laugh.  There’s no random guy randomly catching a random couple sneaking out of a random airplane bathroom after fucking.    There’s always a bottom line of going viral and becoming a celebrity and getting social media followers and…in this case…getting some great advertising.  Fly Virgin, where good looking couples fuck in the bathroom, and we don’t even care, we actually find it funny and we share it on our Facebook pages, everyone has a good laugh about it ha ha.

Plus, no way a major company posts a video of people without their faces blurred.  That’s liability through the roof. Actorrrrsssssss.*

*On the off chance these two aren’t Virgin paid actors and they’re actually a real couple, congrats to this dude. 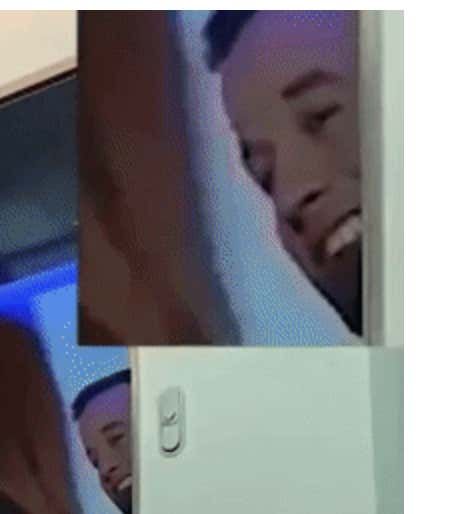