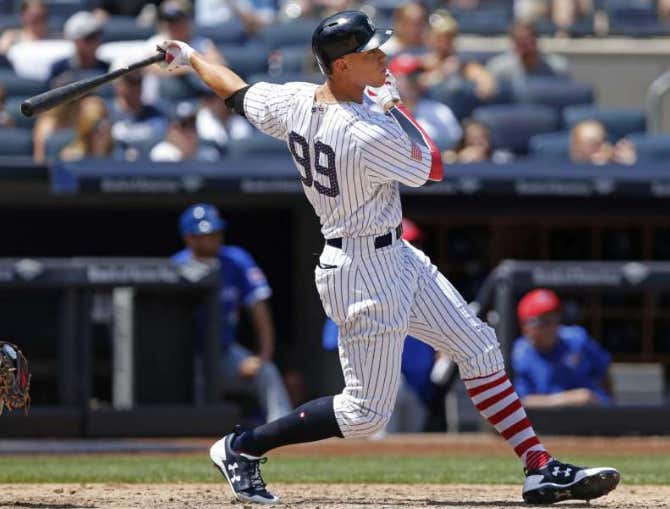 Tonight is going to be incredible. There’s simply no other way to put it, we’re 100% in for a show. It’s basically like if LeBron ever manned up and entered a dunk contest in the beginning years of his career.

Now I’m not dubbing Aaron Judge the LeBron James of baseball in just the first half of his first full season in pinstripes. But that’s where we’re headed hype-wise. He’s one of the greatest human specimens I’ve seen step on a baseball diamond in some time, and this two hour show tonight is all about him and the baseballs he’s going to launch into outer orbit. Judge currently owns five of the six hardest hit baseballs this year and continues to defy human limits.

With some luck maybe he’ll destroy that monstrosity that sits in center field at Marlins Park. 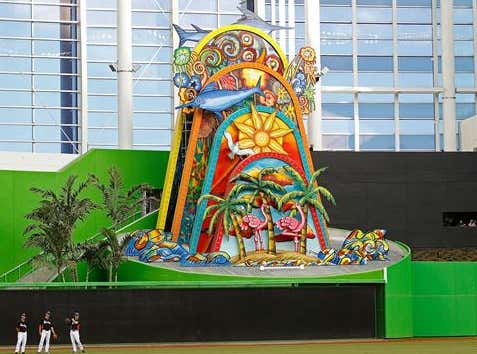 Judge is no stranger to home run derbys. In 2012 he won the College Home Run Derby and actually had to pull one out of his ass to do it. Judge was down to his final out in the finals, and trailed by one homer. Of course, he went on to hit four consecutive bombs to win the competition. 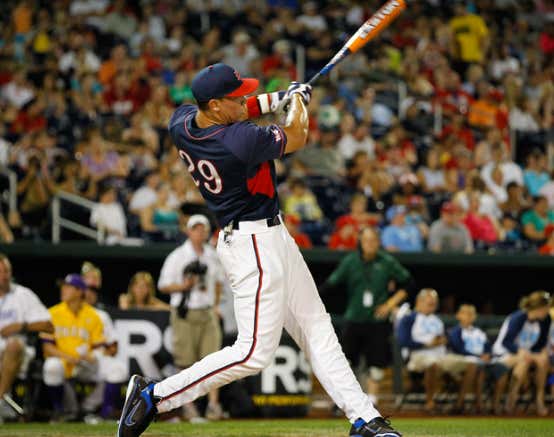 For some reason there’s no video of the derby to post in here. I’m going to assume that’s because Judge likely killed a few people by hitting missiles with a METAL BAT during the contest. Sitting in the outfield watching Judge hit baseballs with a metal bat is a death sentence. You get in the way of one of those rockets and you can say good night.

Want a little preview? Been hiding under a rock for three months and don’t know what’s going on? How about this?

I was in the stands for his bomb against the O’s and I can say without a doubt I’ve never seen anything like that.

Danilo Valiente, the Yankees batting practice pitcher and coaching assistant, will be the man throwing to Judge at the derby which is the way it should be. He’s the man who delivered this 500 foot moonshot in Toronto earlier this season.

I sorta wish Chris Tillman could pitch to Judge, but I’m content with Valiente if it makes Judge happy.

Also don’t count out Gary Sanchez to make some noise. He’s got a tough first round matchup against the defending champ Giancarlo Stanton, but El Gary fears no one. I heard rumors David Price is going to be his pitcher which is cool. 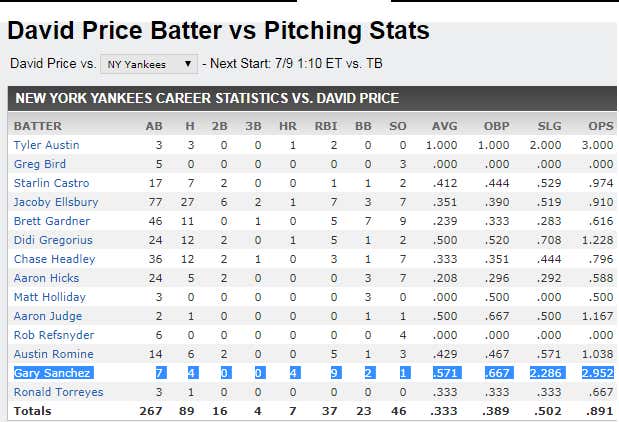 Is a career 2.286 slugging percentage good? Some might say yes.

Buy a shirt and enjoy the show. Let’s have some fun