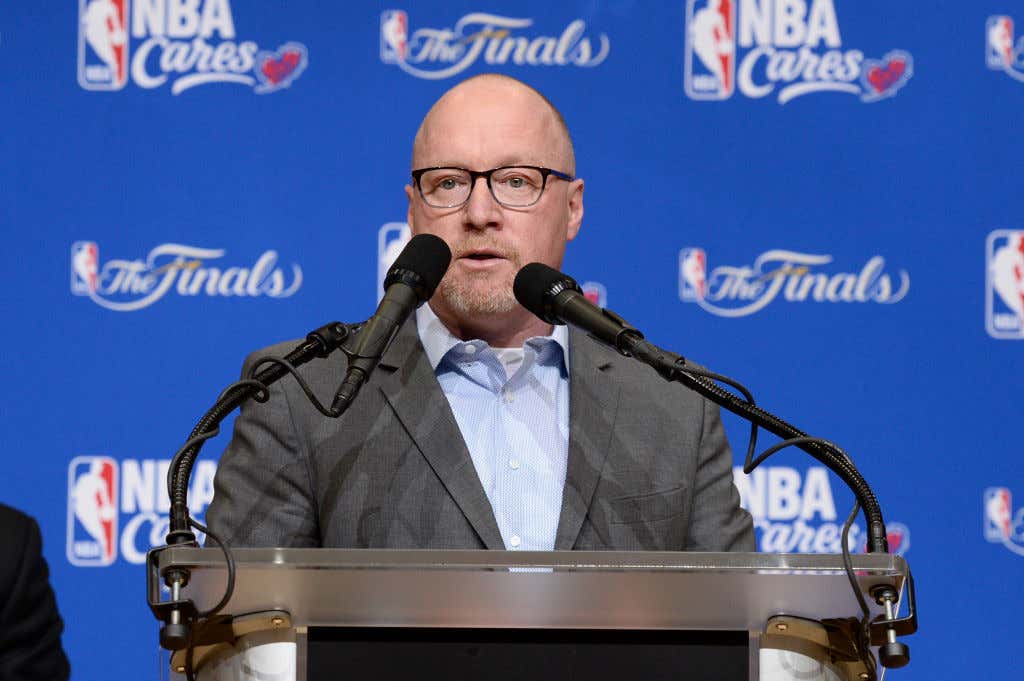 Griffin turned down the opportunity because he and the Knicks couldn’t agree on a role, a source said. He and the Knicks “just couldn’t make it work,” a source with knowledge of the talks told ESPN’s Dave McMenamin. The issue came down to finding a proper role for Griffin while front-office executive Steve Mills continues to work for the team. Sources told ESPN’s Adrian Wojnarowski that the Knicks and Griffin were at odds over Griffin not having full authority on basketball decisions and over Griffin’s preference to bring in his own staff. No formal contract offer was made.

Griffin has a trusted inner circle of front-office and scouting personnel who played a part in building the Cavaliers’ roster into one that went to three consecutive NBA Finals and won the 2016 championship.

Well I guess there goes our chance to land LeBron next summer. I’m kidding, I’m kidding. There is no way LeBron would dream of coming to this smoldering tire fire of a franchise because his former GM was here. But I just had to say something like that to remember what it was like in the good ol’ days when we would dream of big time free agents coming here and then ignoring us.

I can’t blame David Griffin one bit for passing this job up if the reasons Woj mentioned were true. Griffin should want full authority on basketball decisions and have the option to bring in his own staff. If he doesn’t get that, why the fuck are you hiring him? Again, I bet this all comes back to Steve Mills being Jqmes Dolan’s right-hand man, while Isiah probably chips in with his left hand when needed (take that to mean anything you want it to). Again, do you want the guy that was working at MSG for the highlighted seasons to have final say on basketball moves? 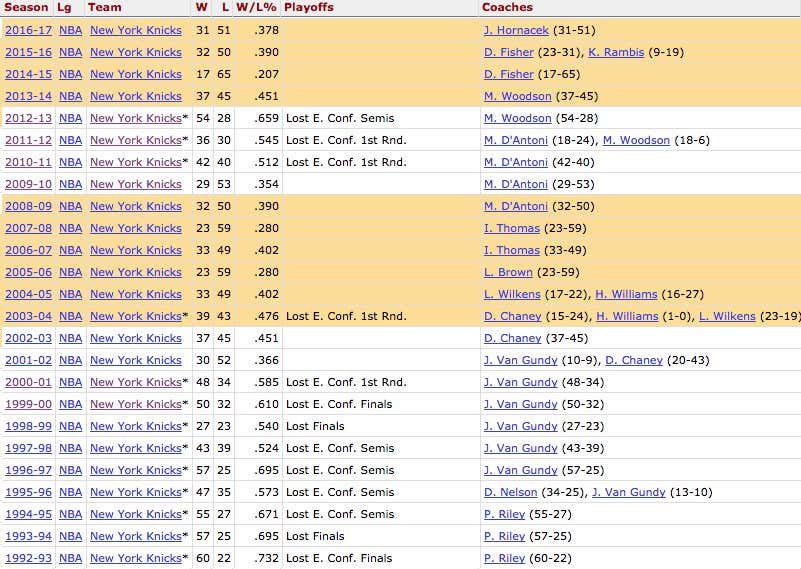 Or the guy that helped build a team that made 3 Finals in a row and beat the 73 win Warriors last season (admittedly with a roster that had a shit ton of assets and signed a basketball robot in free agency). I bet Griffin saw Mills sign Tim Hardaway Jr. to a 4-year/$71 million contract and said it was either him or Mills. And Dolan chose Mills because he’s a fucking stooge.

Griffin already had to deal with Dan Gilbert the last few years. I’m sure working for Dolan would only be tolerable with a check the size of Neptune and being able to have full control of the franchise in writing. And even then, it probably would have ended like Donnie Walsh’s tenure ended after he actually made this organization into a real NBA team instead of a fucking joke. I’m actually happy for Griffin. Instead of getting attached to this shitbomb of a team like us hopeless Knicks fans are, he gets to sit back and wait for a job with a real team with a real owner to open up.

Again, as long as James Dolan runs this franchise and allows people like Steve Mills and Isiah Thomas to reside at Madison Square Garden in a basketball role, the franchise is fucked. This all played out perfectly for Mills. If Dolan doesn’t pick up Phil’s option in February, the Knicks actually have time to hire a GM before the draft let alone free agency. Instead Mills appears to be the only man for the job at the time being and his tenures with the Knicks just happen to coincide with the team being the biggest joke in all of sports. Which is why I believe that this should be the logo of the Knicks until Dolan sells the team or dies. 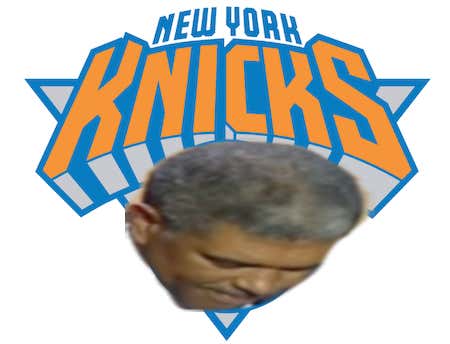 As always, the shirts are on sale.