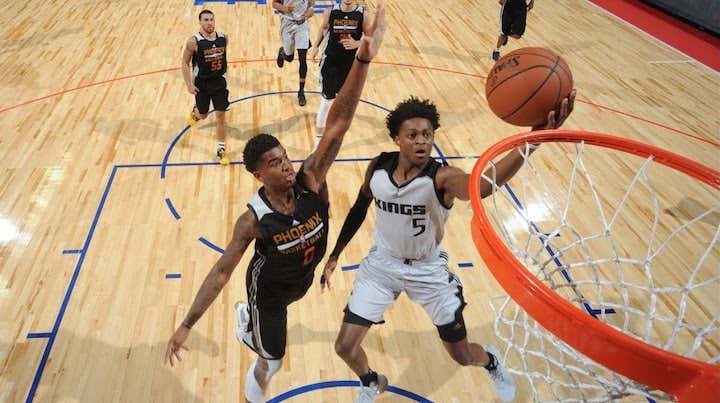 Look, there was plenty of talk about Lonzo Ball and what he can and can’t do heading into the game last night. Nothing changes. For those who are college fans you may remember him struggling during UCLA’s tour in Australia last year before being a consensus first team All-American. Questioning his ability to shoot is just dumb, as he’s fine from the 3-point line despite going 1-for-11 yesterday. The biggest question will be him pulling up going to his right. That’s where he struggles the most, especially in the midrange game. Again, let’s hold off judgement about a player until the regular season.

In the late game last night we had the No. 4 pick Josh Jackson vs No. 5 De’Aaron Fox and both showed why plenty of people think highly of them. Jackson did a little bit of everything, putting up 18/8/2/1 while Fox went 18 points/5 steals/4 assists/3 rebounds and that beauty move in the highlight above. The question for both these guys are their ability to shoot and while Fox struggled from deep, he found his midrange game.

Sindarius Thornwell (Clippers) – I got asked plenty about Thornwell as he’s one of the more intriguing second round picks, especially after blowing up this past season. Many are comparing him to Malcolm Brogdon as the guy who fell too far for being old yet has the all around game. I think he’ll be a rotational player, but I don’t see him being Rookie of the Year plus I really, really love Brogdon’s game. That said, Thronwell was aggressive last night finishing with 26 points. With the lack of depth on the wing for the Clippers, he’ll have a chance to make the roster despite Doc hating rookies.

Cheick Diallo (Pelicans) – Yeah, that name might sound familiar as the second-year player from Kansas had a big night for the Summer Pelicans. He put up a double-double with 27/10 and went 11-for-18 from the floor. Despite having Davis and Cousins on the roster, the Pelicans could use him as a rotational guy to play alongside either one of them as the second unit comes in.

Plenty of juicy games on the schedule – highlighted by Celtics/Lakers for obvious reasons. I haven’t seen anything yet but keep notice of the Mavericks and if Dennis Smith is going to play. He missed all of the Orlando Summer League with an injury and was questionable for Vegas. 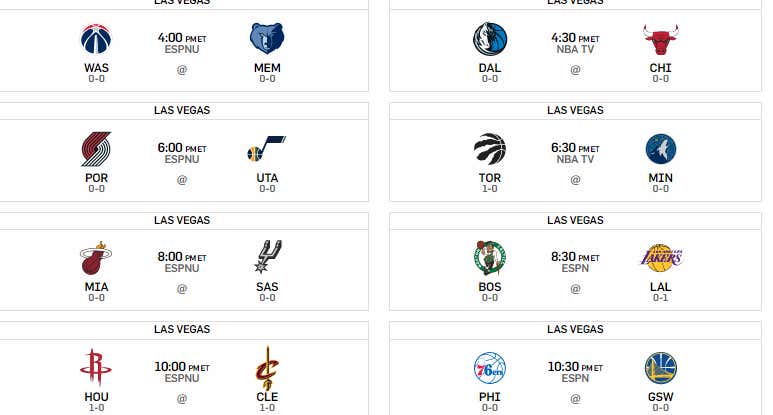 Bojan Bogdanovic Signs With the Pacers:

This was a questionable move from the Pacers. I’m not sure why they signed Bogdanovic while they are trying to rebuild and honestly tank. Bogdanovic should have went to a contender as this deal is partially guaranteed for the second year. From the Wizards side it means they are going to match the Nets offer sheet on Otto Porter. That’s the first domino that will fall, leaving the Nets back open to make a push for Kentavious Caldwell-Pope now. I don’t like this from any side as the Wizards gave up a first round pick for Bogdanovic (turned into Jarrett Allen) and now are sitting ducks with the contracts they have out there to some guy. Porter is a good player and only 24, but to lock him up to a not cap-friendly deal just isn’t ideal.

Being a Magic fan must suck. Mack should have went to the Celtics and truly recreated Butler magic. Hell, go get Roosevelt Jones, Matt Howard and Ronald Norad while we’re at it. Just make it the Butler Celtics.

Sterling Brown Gets a Guaranteed Contract:

Again, this is a really nice deal for a guy picked No. 46. It’s rare to see so many guaranteed years for guys outside the top-40, but this was a deep draft with rotational type players. Brown fits the Bucks mold of tall, long guys as he’s a 6’6″  guard who can defend. On top of that he’s a good shooter from deep, something the Bucks need.

Jeff Green, a former top-5 pick, is now joining the Cavs on a one-year deal for $2.3 million. It makes sense for the Cavs to go get someone like this as he can provide some scoring off the bench, while not being 100 years old like the rest of the dudes they have in the second unit. He provides some depth on the wing too thanks to being 6’9″ and able to play either the 3 or 4 spot depending what the Cavs need him to do. Again, this isn’t a move that will make you say the Cavs are the favorites now, but it’s something that helps.

Again, a move that makes sense. The Warriors are the perfect mix of stars and dudes that just go do their own thing that blend together. Zaza isn’t a name that makes you jump out of your seat. He doesn’t go out and win the Warriors games, but he’s a key part in what they do. He provides some frontcourt depth, he can mentor Jordan Bell and just gives them a different look when they don’t go with the death lineup.

Well, hopefully Russell Westbrook doesn’t remember 2012 when Felton called out Westbrook saying his mentality is to ‘win the battle but lose the war.’ That was in reference to Westbrook seemingly having a battle with every point guard and caring about winning that matchup not necessarily the Thunder beating the Blazers (Felton’s team at the time). Assuming Westbrook doesn’t remember that and/or murders Felton, this is a nice signing for the Thunder as Presti is doing a great job at providing depth for the team. The Thunder didn’t have a backup point guard, this allows them a veteran to come in and at least provide that.