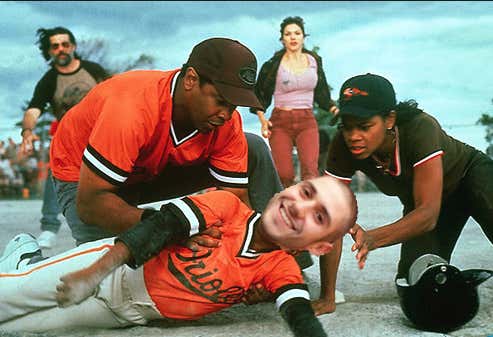 Since the end of May the Orioles have only won 3 games in a row ONE TIME. They were just swept by the Brewers in a series where they never held the lead, and they scored just 3 runs. 3 god damn runs in 3 games. Do you know what that averages out to? Let me do the math real quick and oh yes, that would be 1 RUN A GAME. Not great, Bob!

Orioles starters had a combined ERA of over 11 that series, meanwhile Brewers starters threw up goose eggs across the board for their ERA. I don’t think the team has quit, because I can’t see a Buck team quitting, especially with 70 some games left, but this is bad baseball right now. 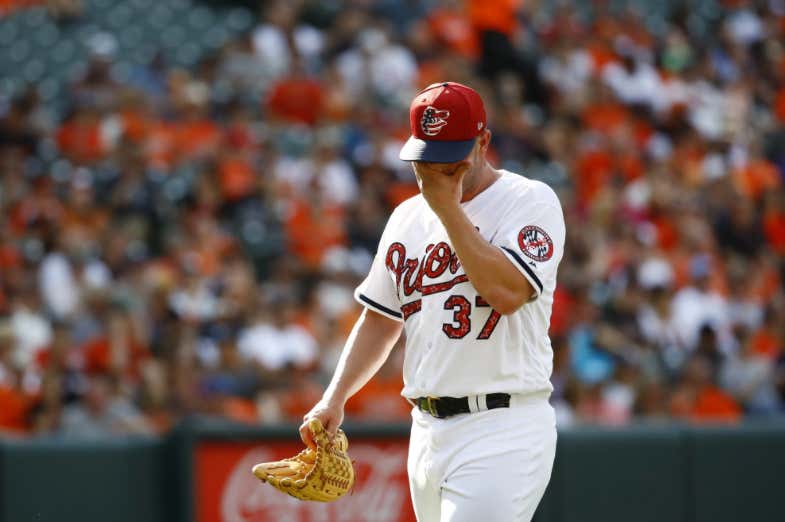 You know about the pitching, and how bad it is. How 4 of their 5 starters have an ERA over 5.20, and how they have been shuffling AAA guys up to Baltimore only to have them shelled. Good news is that Zach Britton is finally back off the DL, but it’s not much help if you have the best closer in the game but can’t hold a lead into the 9th. If I’ve said it once, I’ve said it a million times. Shoot Ubaldo Jimenez to the god damn moon, and take that hippie Wade Miley with him. Even Dylan Bundy is beginning to get the Ubaldo stink on him. His ERA is up over 4.00 now, and he’s 2 IP short of hitting his career high. My guess is we won’t see Bundy at his sharpest after the break, even with the O’s pushing his next start to the end of the rotation to give him extra rest. Can’t expect a guy to pitch consistent when he is going to surpass his career high in innings by 70.

To continue on my angry rant, I think it’s time to stop talking about Manny Machado being in a slump, and say that he’s going to have a bad year. We all said Bryce Harper had a bad year in 2016, and he ended up hitting .243/24/86 and an OBP of .373. Manny isn’t even at .220, but his power numbers are still there. We see a flash from Manny where we think he’ll turn a corner, and then he’ll go in a 5-55 slump. Has happened way too much this season. He ended May with his average at .205, and followed that up by hitting .242 in June with 5 homers, and an OBP of .297. Going into last night’s game, he was batting .200 in June with only 1 homer. Since Manny went 4-4 with 2 homers on June 20th against Cleveland he has gone 9-55, not including last night’s game, that is good for a .163 average. He just seems so lost at the plate, and can’t find any rhythm. All of Baltimore is out of ideas to try and see what can get Manny back on track. A few weeks ago I thought he would still find a way to finish the season with his average anywhere from .250-.260, but now that looks like a long shot.

Now I’m not fully on the “SELL SELL SELL” train, or “FIRE DAN DUQEUTTE” train like fanboy Jason La Confora, but it’s getting painfully close. A few more weeks of this team pissing down their legs, time to gauge teams interests in some of the guys on the team.

O’s have 3 more against Minnesota before the All-Star break, where only 1 Oriole will be headed, Jonathan Schoop. Good for Schoop, he’s become a really, really good player, even with his defensive struggles this season. His bat has been great, and he’s been the Orioles best player. He deserves this All-Star nod. The rest of the team needs the break so they can clear their heads and figure out how to hit/pitch. 1 terrible half of baseball down, maybe 1 more left!