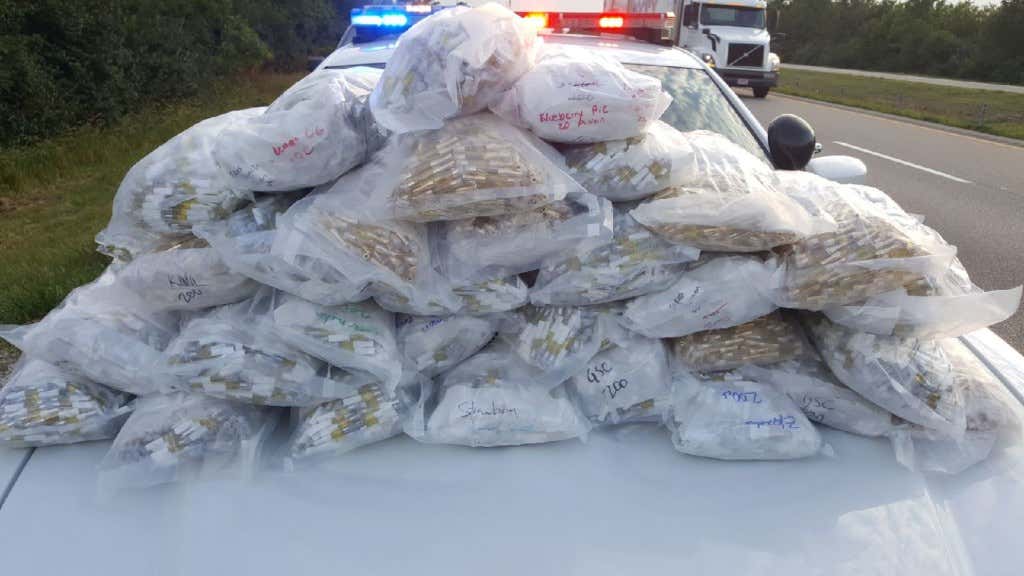 Officers from the Morgan County P.A.C.E. team pulled over a vehicle along Interstate 70 on Wednesday, and during the stop officers suspected criminal activity.

During a search of the car, police found an estimated 31,000 vape tubes containing THC, the active ingredient in marijuana. Police say the drugs have a street value of approximately $1.25 million.

Ryan Ferrand, 33, of New York, was arrested for possession with the intent to distribute a controlled substance. He is being held at the Morgan County Jail.”

Ouch. Tough break for this fella here. I’m not quite sure what the legal penalty for this is, but if I had to guess, 31,000 vape tubes loaded with THC means that he’s fucked. Hasn’t this George Jung wannabe ever seen a movie about running drugs? You pack that shit tight and put it in a wheel well, or inside teddy bear’s or something along those lines. What you don’t do is pack it in Walmart bags and clearly write on there what they contain. That’s Day 1 stuff. 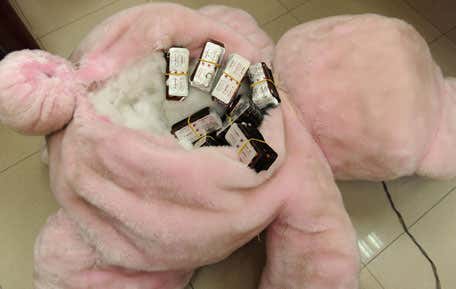 You’d think that if you were carrying $1.25 million worth of THC oil in your vehicle, you’d be driving with your butthole clenched extremely tight and obey all basic traffic laws. If you get stopped, you’re staring down the barrel at a long stretch in the clink; you can’t give the fuzz the slightest reason to pull you over.

Hopefully this isn’t a blow to the legitimacy of the vaping community. Guys like this dipshit give recreational vapers everywhere a bad name. Not everyone out there is trying to be Freeway Rick Ross. It’s too bad too, if he would have just waited until September, he could’ve peeped this new Tom Cruise movie and picked up a couple of pointers on how to efficiently run narcotics. Instead, he’s out a million bucks and is probably going to rot in some jail in bumfuck, Indiana.