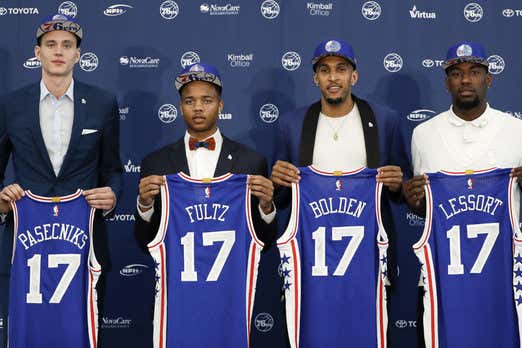 The second summer league tips off today out in Utah with one of the more anticipated summer league matchups between Boston and Philly or more importantly Fultz vs Tatum. The Utah Summer League is the smallest of the summer leagues with just four teams – Boston, Philly, Utah and San Antonio. It runs from today through July 6 with a round robin set up. Each team will play each other once and have off on Tuesday. You can catch each game at 7 and 9pm.

The rookies obviously headline this as each team has a handful of guys that we all know. There’s the Tatum/Fultz matchup, but there are guys drafted in the second round to keep an eye on like a Semi Ojeleye (who wouldn’t shock me if he looks like the best player this week) or a Jonah Bolden from Philly. Rosters are all below here and while there aren’t a ton of undrafted rookies in this summer league (mostly due to just four teams), there are players who are fighting for a roster spot. We’ll highlight one player from each team who could make the jump that we see happen every year.

Here’s the schedule for the next few days with the rosters below: 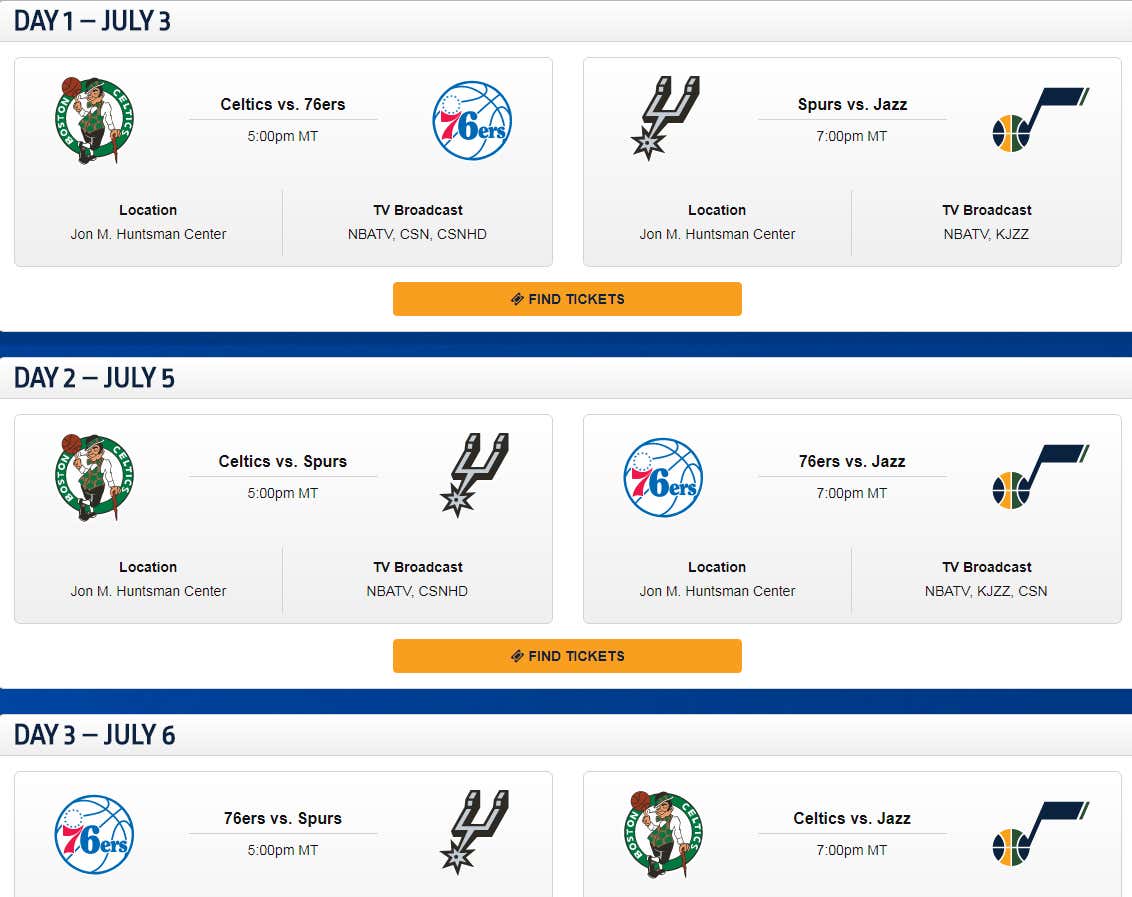 The biggest takeaway is we will get to see every first round pick the teams took plus some intriguing second year guys. The Sixers are sending Alex Poythress while the Spurs are sending Bryn Forbes (a summer league star last year) and Dejounte Murray. The Celtics are sending the No. 3 pick from last year Jaylen Brown, even the Jazz are still sending Dante Exum. So, I expect this to be a competitive but also pretty clean summer league. Sometimes during these games, it can get sloppy as guys are trying to show out for not only their head coach, but scouts across the league as we’ve seen guys get picked up from other teams due to summer league success. Here’s my guess for one player from each team (looking at undrafted guys or journeymen) who can do that this week:

Tokoto has all the tools to be an NBA player from an athletic standpoint. He’s 6’6″ with a 6’10” wingspan and still only 23 years old. He’s been in the D-League the last couple of seasons after being drafted 58th by the Sixers and failing to make their roster and the Knicks roster. He is limited offensively as he was never a great shooter, but that hasn’t stopped a guy like Andre Roberson from being an NBA starter. Tokoto should focus defensively and being one of the best wing defenders out there. If he can combine that with his athleticism in terms of getting to the rim and being anything but terrible offensively, there’s no reason he can’t crack a roster. He’s coming off a year where he started 33 games in the D-League and actually shot 33% from the 3-point line (considering he only shot 20 3’s his entire college career, this a huge step up.).

I don’t see anyone from summer league making the Celtics roster, so it’s all about showing off for other teams with this group – especially those who went undrafted. Scoochie Smith from Dayton is one of those guys. He has decent size for a ball handler at 6’2″ with a 6’4″-6’5″ wingspan. He’s gotten better each year at Dayton finishing his senior year scoring over 13 points a game (in a slower tempo offense) and shot 38% from the 3-point line. Smith did have a handful of workouts during the draft process and some thought he could possibly sneak into the second round. With how important the point guard spot is in the NBA, teams are more willing to load up there with depth than some other spots. He can shoot off the bounce and create his own shot while also being a decent defender – he can thank Archie for that.

This just feels like a Spurs player. Throw in the fact the Spurs do need some help in the frontcourt, a strong showing by Bentil could net him an NBA contract. He is a little undersized at 6’8″, but does have a 7’1″ wingspan and could play the four spot if the Spurs wanted to go that route. Bentil was the 51st pick by the Celtics last year, before playing in China and signed a 10-day contract with the Dallas Mavericks. He played in just three games for the Mavs and didn’t really register any stats. Ever since he was at Providence, he was strong in the high pick-and-roll game and has a jumper that extends to 15′-18′. He’ll have his shot with the Spurs in the summer league as he’s going to compete with the likes of Cory Jefferson and Jarron Blossomgame for the four spot, but if he can be consistent with his jumper, he’ll get a lot of looks. He does have that David West-esque face-up game and we saw West in the twilight of his career play in this system. Don’t be surprised to see Pop pull the trigger here.

The Sixers are in a similar spot to the Celtics in which it’s hard to imagine them taking anyone off the summer league roster due to the depth they already have. That said, Isaiah Briscoe is one of the more intriguing summer league prospects this year. Everyone knows his story as he was a five-star that went to Kentucky, played for two years and went undrafted. That said, he played out of position at Kentucky and still was wildly effective, registering one of the three triple doubles in Kentucky history. He does struggle with his shot, as it’s incredibly inconsistent, especially from the 3-point line, but all numbers went up from freshman to sophomore year. He’s listed at 6’2″ but has a 6’9″ wingspan, which helped him be one of the better defenders in the country, especially on the wing. The one benefit he does have is being used to playing off the ball despite being a point guard by trade in high school. If he shoots average-to-well in summer league, a team will likely sign him to a two-way contract.