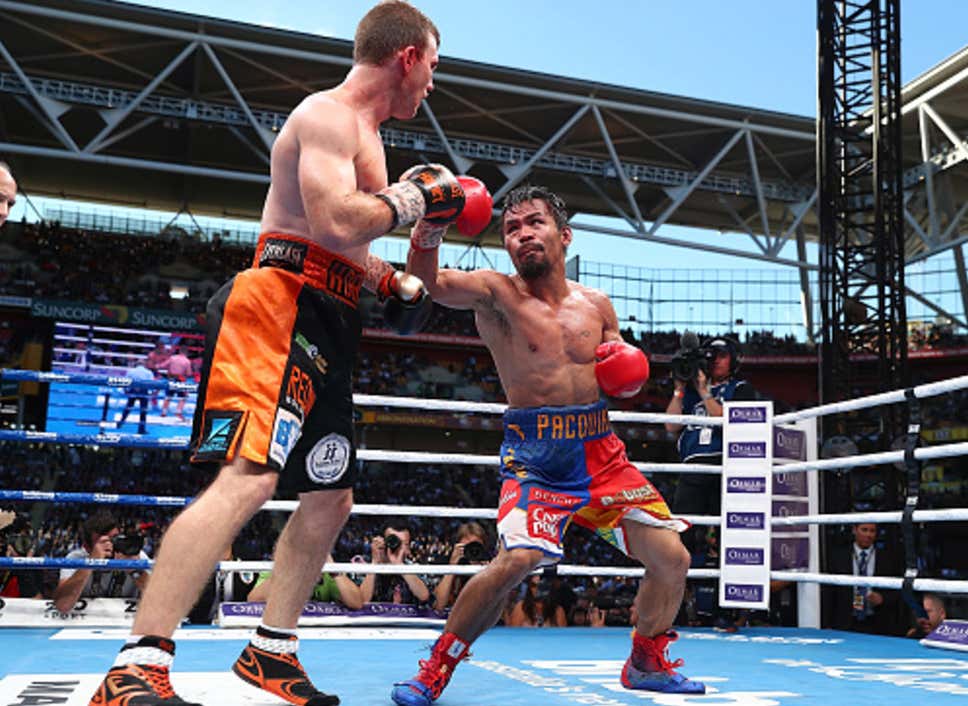 Manny Pacquiao vs Jeff Horn was the fight. Brisbane, Australia was the place. The story? Pacquiao, one of the biggest pay per view draws in sports history, returns to the ring on free television and goes to Australia to face the hometown boy, Jeff Horn. He was 16-0-1 going into this fight, but never really faced anyone worth talking about, so he closed at +425 and was totally overlooked. This fight was booked just to show the masses on ESPN that boxing was “back” with a big Manny win. It looked like it was working for a while, too! The entrances were electric, and the fight was amazing!

Horn pushed the pace early, rushed in rapidly and awkwardly, to the point where it was sloppy, but it WORKED! In the opening few rounds, at least. Manny figured him out around round 4 or 5, got used to the pace, and started lighting him up. Horn’s a tough motherfucker with a great chin, though, and weathered the storm. In the 9th round (video below), Pac almost knocked him out (on the verge of a 10-8), and the referee wanted to stop the fight, but it continued. Teddy Atlas was going BANANAS.

Teddy Atlas was going BANANAS during that round. #PacquiaoHorn pic.twitter.com/r8ZkLxayJj

Horn gassing in the 9th. Manny going for the kill. Ref tells Jeff Horn he's going to stop it if horn doesn't do anything next round #PacHorn pic.twitter.com/yGCf7QwgA6

…and after Manny CLEARLY won…he lost. Horn’s hometown judges gave him the decision, and everyone is PISSSSSSSSSSSSSED.

Stephen A is a national treasure pic.twitter.com/4Z2Tk80SN4

Manny’s reason for losing was a uh, a cold.

Fighters face life threatening injuries and prove integrity time and time again. Pac showed this when he fought through a cold. pic.twitter.com/Oj2wITOBKE

I know this will piss off all of the boxing purist hardos out there, but this is why the sport is dying. This huge, amazing brawl is on free television, watched by millions, and it’s got a bogus fixed decision. It’s not a movie troupe. Boxing fights are fixed. All the fucking time. I’m not saying MMA judges get it right all the time, I’m really not, but 117-111 is unacceptable in this fight. It’s an all time bad score. Teddy wasn’t happy either, as the resident #1 Manny cheerleader, but had this power move of the century:

Rubbing a guy's forehead because you agree with him is the ultimate alpha move pic.twitter.com/uDZBovNtNo

We could run this fight back, because Paquiao had a rematch clause in his contract, and it was fun, and it was a highway robbery, or we could call it quits after GGG/Canelo and tell everybody to throw on 4oz gloves and get into the fucking octagon.