Holy mackerel. I think I’m about to have one of my episodes. If I don’t blog for the rest of the day, it’s because I had to take some pills and get bed rest. Doctor’s orders.

I’ve been expecting this Edelman Body Issue cover for the better part of a week now, but I was not prepared for this. And it’s starting to seem to like the entire Patriots organization is spending the off-season in a high stakes game of Can You Top This. And when this bunch of One Uppers competes, it’s a game we all win. Brady opens with those pictures of him and Gisele at the Met Gala? Belichick sees him and raises him the Nantucket Magazine cover. It comes to Edelman and he pushes all of his chips in with the ass shot for the ages. I can’t wait to see who’s next as they go around the table. Amendola? McCourty? Gronk? Jimmy G? Dare I live the dream, Mr. Kraft? I just hope whoever it is doesn’t fold because I want to see this pot grow.

And on that note, I’ve given this a lot of thought, and I’ve come to the conclusion that I’m perfectly comfortable with the fact I can appreciate how good looking these guys are. I think it speaks to my growth, my maturity and emotional security. Maybe it’s because when I was a kid I couldn’t deny what a handsome cat Russ Francis was, or what. I just know that in my 20s and 30s I don’t think I was secure enough in my manhood to appreciate another man’s looks.

Or maybe I’m just attracted to championship rings. Whatever it is, I don’t care. Edelman is straight fire on this cover and I don’t care who knows it. If that Gronk cover didn’t make a Patriots fan out of Johnny Weir, this one is sure to. 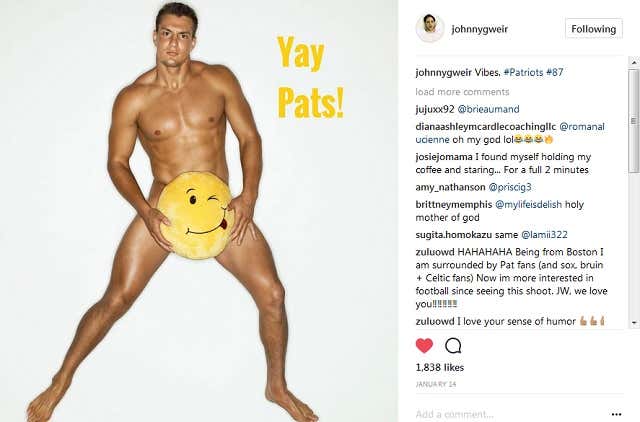 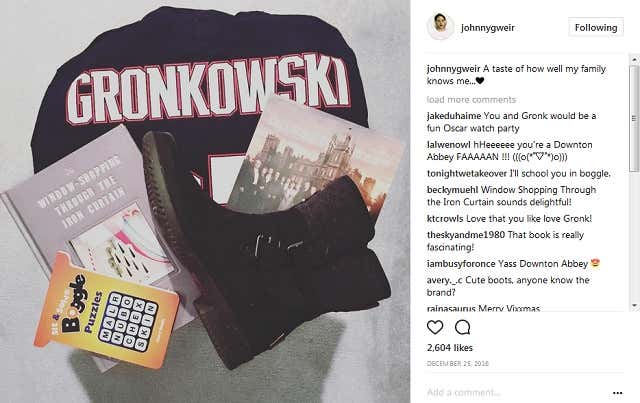