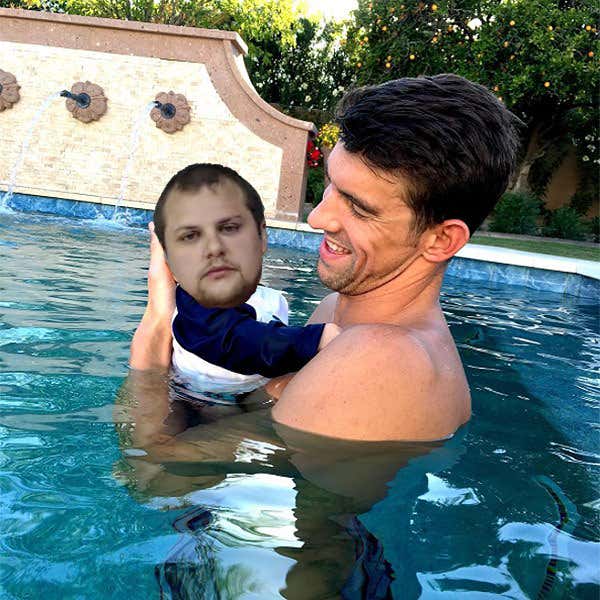 Calling your co-worker out on in blog form is probably not standard protocol for content proposals but it seems like the most direct route so I’m going with it. Let me preface this by saying Trent and I have only met once before and probably had less than a five minute conversation. Seems like a really nice guy and has always been a solid blogger. But this blog isn’t about whether Trent is a nice guy or not, it’s about his apparent hatred/fear of the Ocean and any other large body of water that isn’t a 3ft deep swimming pool.

“My advice has always been to stay as far away from oceans and large bodies of water as possible.” – Trent

“#TeamNukeTheOcean rolls on. Undefeated. Get on the right side of history before it’s too late. – Trent

“How long have I been telling you people that the ocean and other large bodies of water are nothing to fuck with?”- Trent

Back when I was just a lowly Stoolie and Trent was just a blue collar blogger in Iowa loading rolls of corn parchment into the typewriter, these Ocean hating blogs used to really grind my gears. Now I’m not a sociopath like a very small yet vocal minority of our readers so I was never triggered enough to login to the site and start posting “TRENT YOU AQUA FEARING FA***T!” in the comment section, but my blood pressure definitely increased a bit every time I saw one of these takes. I’m a HUGE water guy, preferably the Ocean but a nice lake, river, or pool will suffice if need be.  Nothing beats going #HippoMode and spending half the day submerged in a large body of water and the other half posted up on a boat/beach/dock deleting beverages. And listen, I get it, swimming where you can’t see the bottom can be a bit unnerving when you’re a kid. But as you get older you realize there are scarier things in life than sea creatures and the odds of getting killed by a Shark are literally ONE IN 3.7 MILLION. (Even less when you’re The Shark Knight and can speak telepathically with all Shark species and sports teams with Shark mascots but that’s a blog for another day) 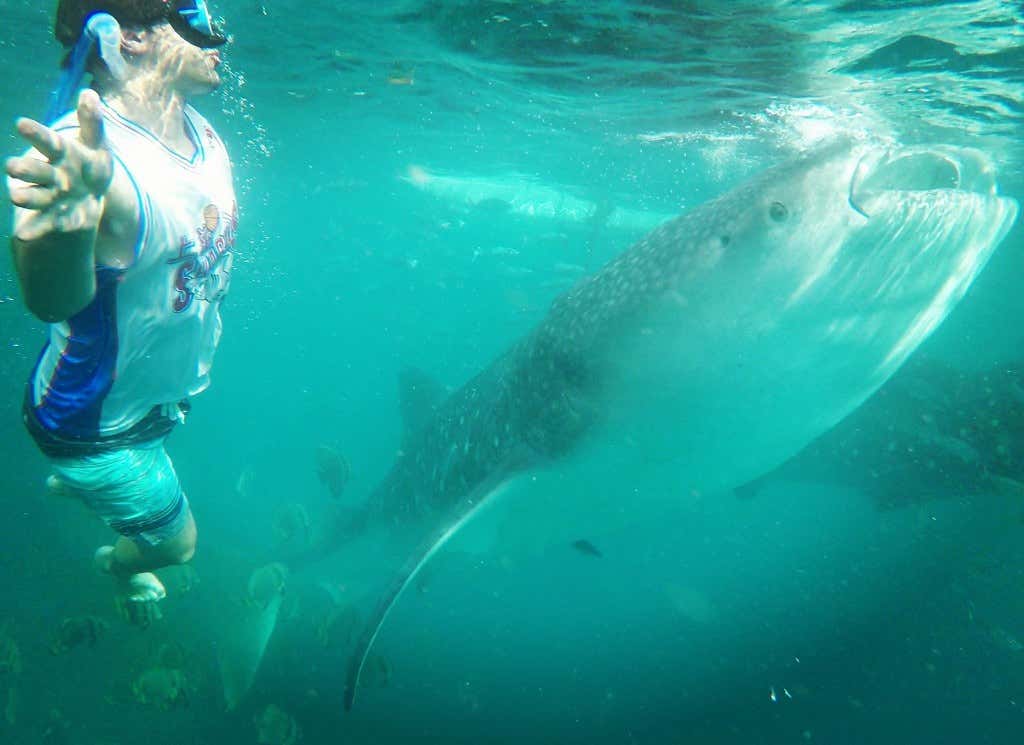 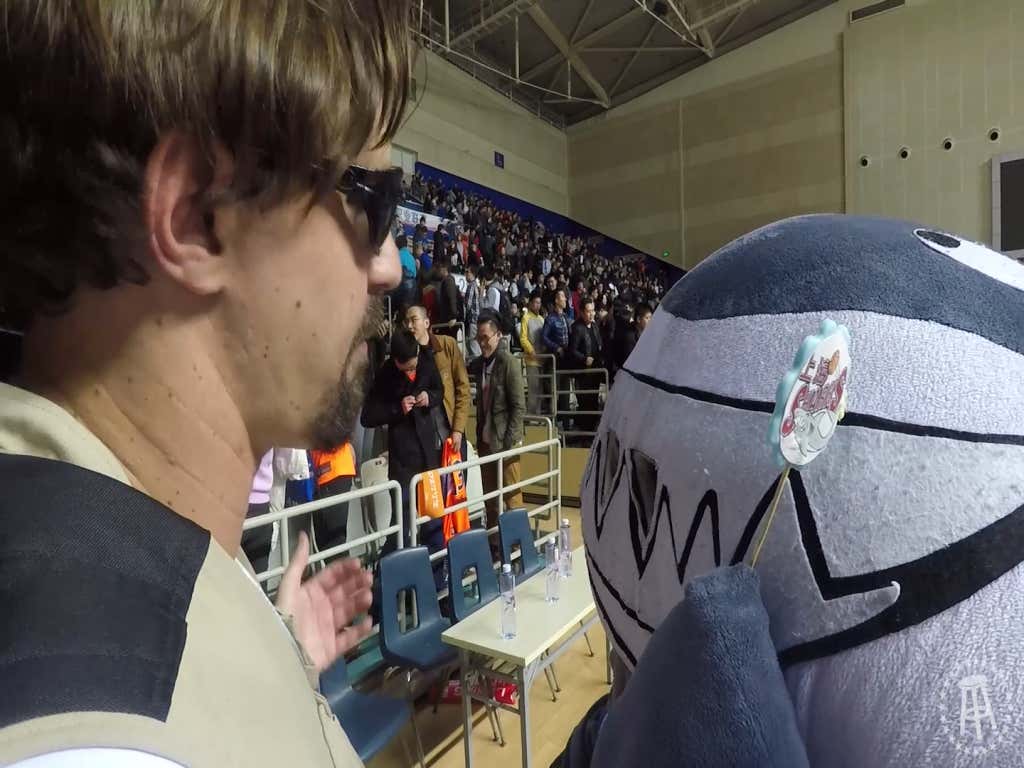 Now there is a good chance Trent’s hatred of the Ocean stems mainly from his upbringing. Growing up in Iowa, I’m sure it’s much easier to cope with your landlocked existence if you just decide that the Ocean sucks at a young age. However, now that he has relocated to the East Coast and it’s Summer, I think it’s time for him to face his fears. That’s where the series “TRENT GOES AQUATIC” comes in. I see it going one of two ways. Either we A.) find sponsorship and Trent goes cage-diving with Great Whites in South Africa or B.) I just take him a couple hundred meters out on my friend’s boat, toss him overboard, and wait to see how long he needs to tread water until he’s not scared anymore. I’ll be back in the US for the month of August and would want nothing more than to be the one to lead him down this path of enlightenment. To be fair I should probably check to see if he knows how to swim first but even if he doesn’t there is no shame in using floaties. If I can teach just one human that the ocean is thy friend, not thy enemy, I feel I will have given my life purpose. Break out the swim trunks Corn Boy, It’s time to get WET. 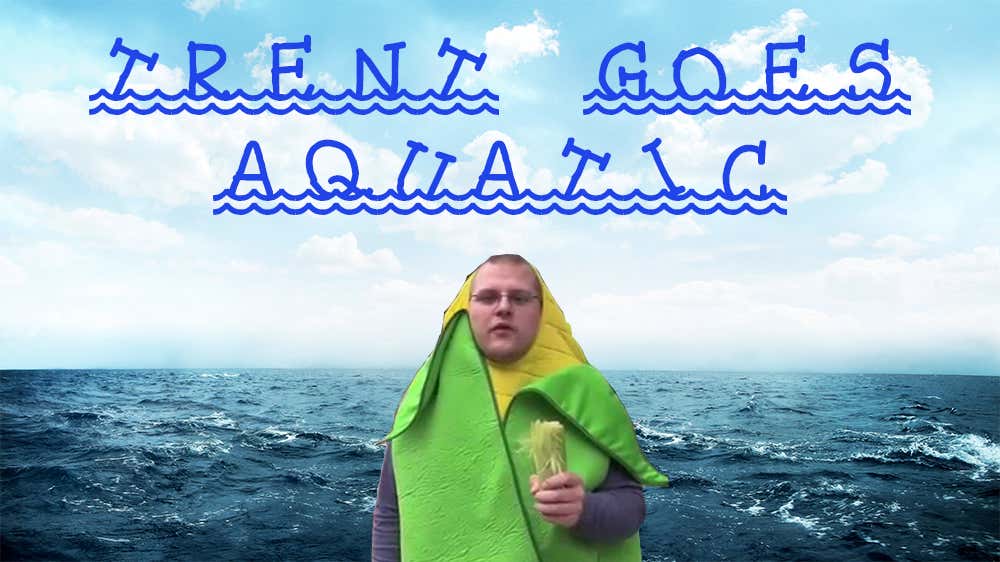