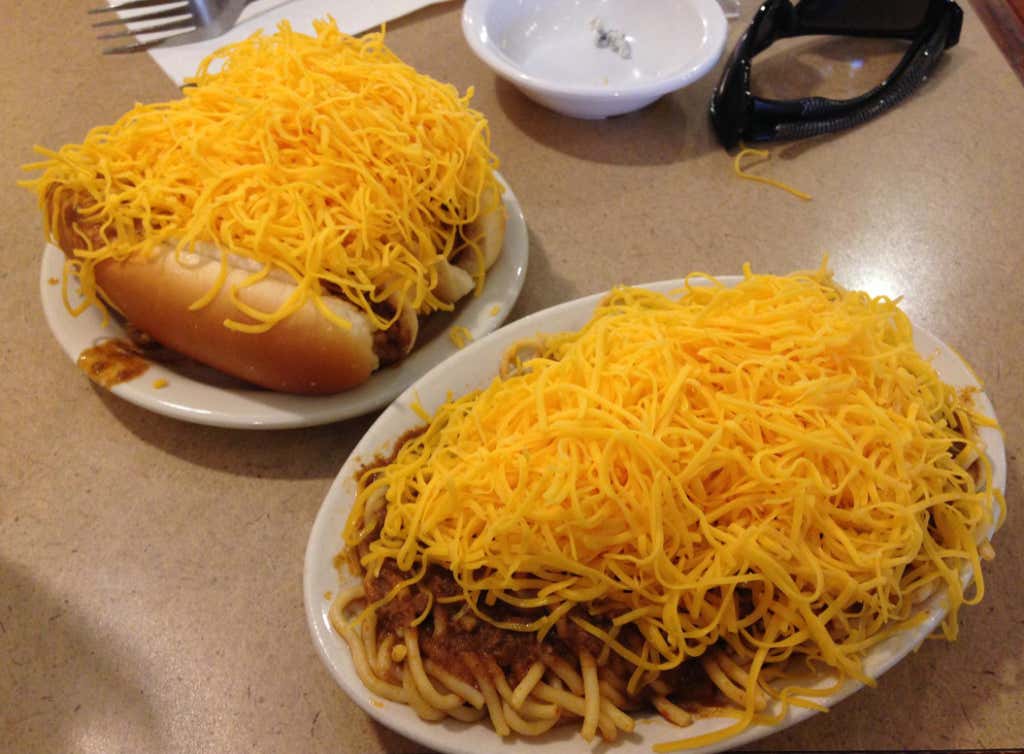 “At inMarket, we analyze location trends from over 50 million mobile devices per month. This firstparty data powers our suite of location-based ad products that segment, retarget and recover customers for our partners. It’s also very useful for predicting business performance based on location/store foot traffic over time — and for understanding customer retention. 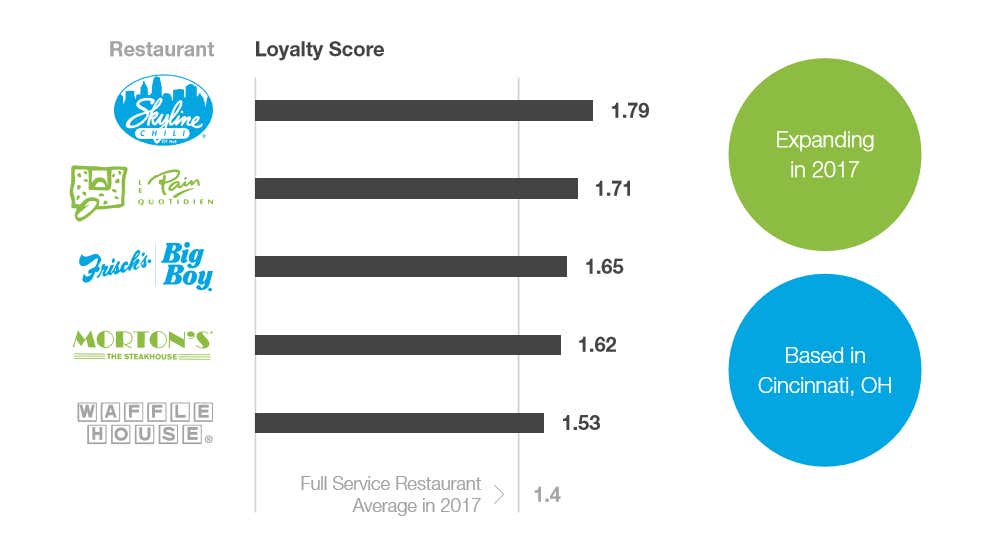 Skyline Chili has become somewhat of a hot button issue in the Barstool world. The PMT boys are on record as saying it sucks (even though deep down in the cold recesses of their heart I think they’re secretly fans) and a lot of folks have either never tried or just straight up don’t like Cincinnati style chili. Since their inception in 1949, Skyline has tried to branch out to other areas of the country, largely to no avail, but who cares about taking over the world when you have the most loyal customers there are right here in your back yard.

As a native Cincinnatian and a loyal customer myself, allow me to take a second to give you the skinny on all things Skyline Chili.

If you’re expecting some sort of thick stew type chili that Bill from accounting would slave over for three days to bring to the office chili cook off or a tailgate or something then you’re going to go home disappointed. Skyline is a much thinner chili, almost like a liquid or a dip because that’s basically what Cincinnati chili is. While Bill’s chili is meant to be consumed by itself, Skyline’s chili is meant to be served over spaghetti, hot dogs, fries, etc. The flavor comes from the entire meal, not just the chili.

No, I Do Not Have Stockholm Syndrome

As talented as I’m sure Skyline’s corporate higher ups are, I’d imagine it’d be quite challenging to build the most loyal fanbase in America by tricking customers into thinking that you have a quality product. While I’m sure there is a small contingent of folks who only eat Skyline because they feel like they need to for acceptance, I’d say the vast majority of loyal Skyline customers come back repeatedly because the product is strong to quite strong and we genuinely enjoy that. Believe it or not, I’ve found that most people here in the great City of Cincinnati are free thinkers capable of making choices based on our own individual pallets. No one is holding a gun to our heads.

Yes, Skyline Will Give You Diarrhea

This is obviously a major drawback, but coffee, burritos, tacos, buffalo wings, and basically any kind of incredibly tasty, incredibly unhealthy food will have you making multiple trips to the John in a day’s work. You’re not gonna not eat all your favorite foods just because of a little poop, are you?

Quick pro tip: Back when I was in the cubes I always used to do lunch with my boss at Skyline on Friday’s and over eat on purpose just so I could leave early. By the time 2pm rolled around I’d be sick as a dog and ask to go home. Having a unique knowledge of the kind of hell too much chili can do to a digestive system, my superiors would always oblige. Basically, just poison yourself a little bit and you too can slide in a quick nap before Friday happy hour.

Feel free to use this trick at your discretion.

For those who’ve never had the pleasure of tasting Cincinnati style chili, I recommend that you rectify that problem immediately. I think a lot of the hate stems from the fact that first timers often have a much different idea of what Skyline actually is before they try a meal. Go in with an open mind. If you’re expecting Bill from accounting’s “world famous” chili, then yea, you’ll probably be disappointed, but if you understand that Cincinnati chili is something entirely different and just let your taste buds be the judge, then let me be the first to welcome you to the most exclusive club of repeat, die hard customers on the face of the Earth.

See you coming out of a bathroom stall sometime in the near future.