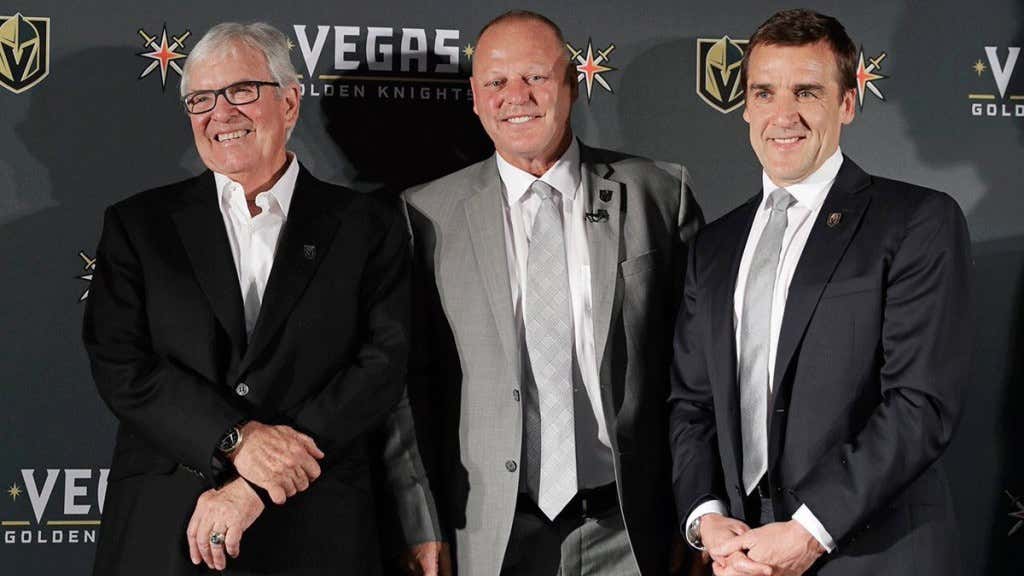 First of all, look at these mother fuckers. These bastards are doing nothing but living that Cuck Life for the next 72 hours. Just look at those smirks. They know exactly what they’re doing. Not only are they a bunch of cuckbois, but they’re making the entire hockey world watch while they do it. For shame.

Anyway, by now you’ve all seen the NHL’s protected/unprotected lists submitted by the other 30 teams in the league. If you didn’t, here’s the blog from yesterday with everything you need to know. Teams were given the option to either protect 7 forwards+3 defensemen+1 goalie, or they could protect 8 total skaters+1 goalie. One bizarre example of the latter option was the Islanders protecting 5 defensemen. Players who have played 2 or fewer professional seasons are not exposed to the Expansion Draft while also not counting against the team’s total number of protected players. Just adding some clarity out there for anybody who hasn’t kept up to speed with the whole Expansion Draft process.

Also, to add some more clarification–I’ve seen some people ask why upcoming UFA/RFA’s are included in teams’ “Available” lists. That’s because there are technically no Free Agents on NHL rosters as of today. All players who are 2017-18 UFA/RFA are still under contract until July 1. So let’s take TJ Oshie for example. Vegas has the advantage of being able to negotiate with Oshie over the next few days rather than wait until he hits the open market on July 1. If they were able to reach an agreement that he would sign with Vegas once his contract is up, then drafting him makes sense. Out of the 30 picks they get on Wednesday, only 20 of the players need to be under contract for the 2017-18 season. So that means they can pick up 10 upcoming free agents if they wanted.

So yeah, I know it’s confusing but hopefully that helps you understand a little more. Honestly, there’s still a ton that I don’t understand about this process and I’ve googled it at least 13 times already. That’s a lot of research for a blogger. But yeah. Vegas needs to select 1 player from every team, they need to take at least 14 forwards, at least 9 defensemen and at least 3 goalies. 20/30 need to be under contract for the 2017-18 season and they need to stay between the cap floor and the cap ceiling.

What’s going on between now and Wednesday is NHL GMs are working with Vegas to try to work out deals to protect some of the players that they had to leave exposed for the draft. Anaheim is the best example of this. Anaheim ran out of protection slots and had to leave Sami Vatanen exposed for Vegas to take. Obviously they don’t want to lose a player like Vatanen for nothing. So now they need to send either draft picks or prospects to Vegas in order to get them to lay off Vatanen on Wednesday. So depending on how desperate teams are to protect their guys, we could see Vegas end up with like five 1st round picks in the Entry Draft on Friday. I tried to take some of those players like Vatanen into consideration when coming up with a projected Expansion Draft roster. But again, I’m an idiot so there could be some moves made between now and then that I didn’t even see coming. With that being said, here are your 2017-18 Vegas Golden Knights.

The only pick on here that I think is super questionable would be for Vegas to take on Dustin Brown’s ~$5.9 million AAV contract for the next 5 seasons. But I do think this Vegas team is going to need some leadership right from the start and he can get another ‘C’ back on his jersey. Plus, the Kings could sweeten up the deal a little to persuade Vegas to take that contract on their books. Clearly he’s not the guy in Los Angeles anymore and it could be a good change for him.

Some other players I could see being selected by Vegas on Wednesday: Erik Haula over Chris Stewart in Minnesota. Calvin de Haan over Ryan Strome in New York. Marko Dano over Toby Enstrom in Winnipeg. Actually, Dano was my first selection out of Winnipeg but then I realized I was low on defense so switched up to Enstrom. That $5.75 million isn’t great but it’s only for one season.