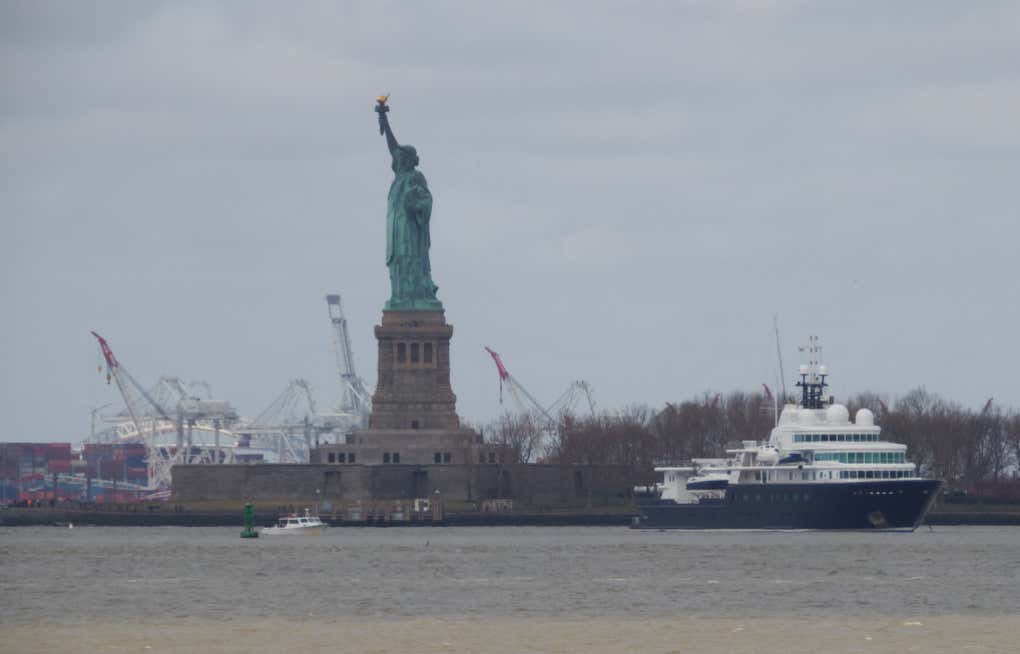 A Russian-born billionaire has been parking his mega-yacht in front of the Statue of Liberty for the past two months — and seafarers say it’s blocking cherished views of the symbol of freedom.

“It’s the people’s statue versus a person’s private boat,” said Roland Lewis, president of the Waterfront Alliance, a nonprofit that works to protect the area’s shores. “That boat is right there obstructing the parade of excursion boats that go out there to visit the statue.”

The yacht, Le Grand Bleu, is owned by Russian-American oil tycoon Eugene Shvidler, who got it as a gift from his friend Roman Abramovich, a Russian oligarch and pal of President Vladimir Putin. At 370 feet, it is one of the world’s largest private yachts. 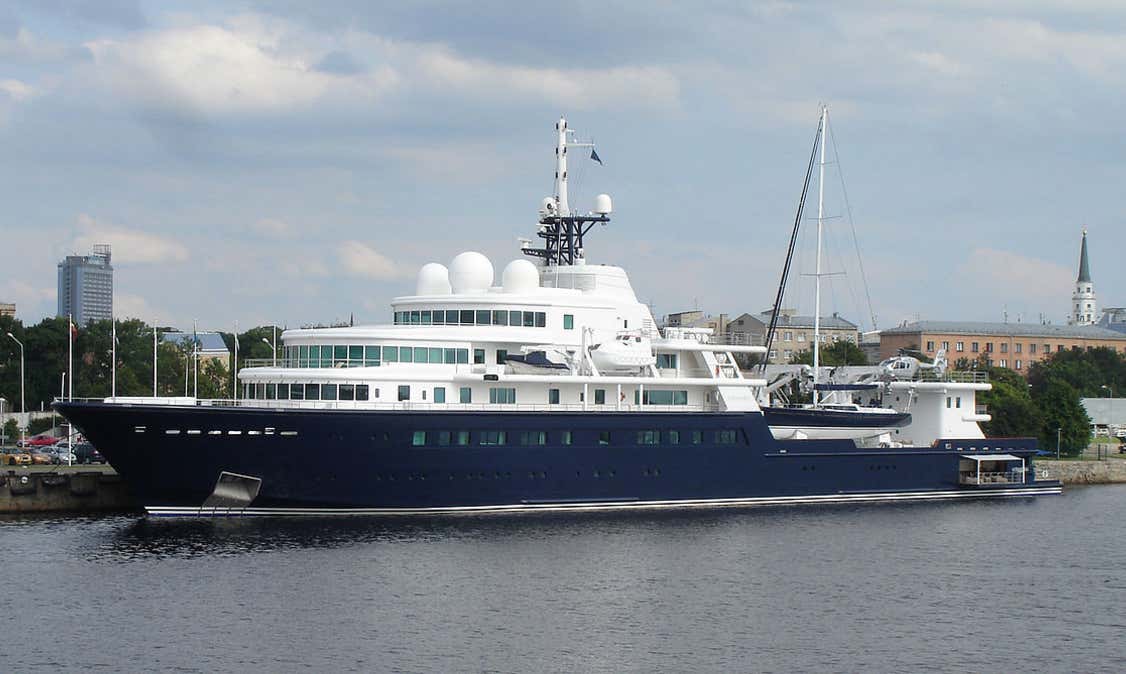 I saw this yacht last week on my way out for a round of golf with Riggs. It is huuuuuuuuuuuge. We actually talked about it and wondered if it was some kind of naval research vessel. I suggested that it was a boat the government built in case an asteroid came and we needed to recolonize on the sea or something. The thought of it being a private yacht never even crossed our minds. Too big.

The Post is calling this a dickhead move. Nope. Power move times a billion. Don’t hate this one bit. The only reason to have a yacht this large is so that people will see it and say holy shit, dude is rich. And what’s the most visible spot in New York harbor? Why, the feet of lady liberty, of course! I can’t even imagine what the cost is for that parking space. A million dollars a day? At least.

These tourists need to stop whining though. That’s a bad look. Want justice? How about we build a 350-foot John Deere tractor and park it in front of the Kremlin. Something tells me that would really grind their gears. Or maybe just snorkel on up to this monstrosity at night with a few drills and let it sink gently into the Hudson.