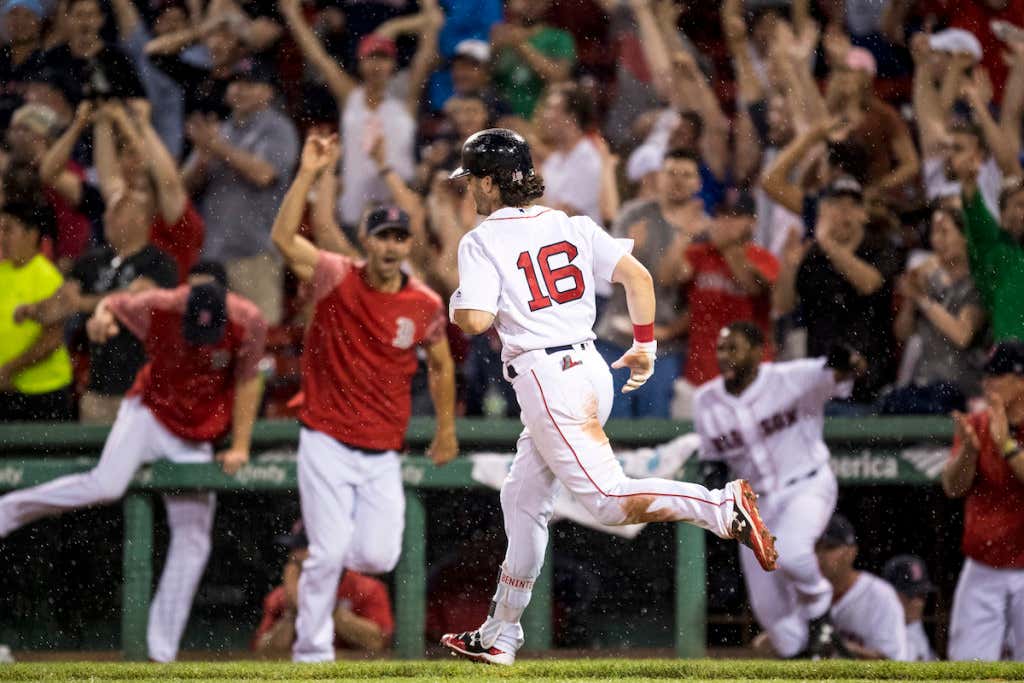 How about the balls on the Red Sox Twitter account to jack my nicknames but not even sauce me a follow? Almost gotta respect the move. They just steal my lunch money and tell me to deal with it. Sad!

Anyway, I just wanna start this off by saying that you’re a miserable prick if you’re a Red Sox fan who didn’t find joy in these two walk-off wins. I was baffled by how many fans were using the whole “it’s embarrassing that the Red Sox are celebrating needing extra innings on back-to-back nights to beat the worst team in baseball” line of thinking. It’s a fucking walk-off win, dude. They’re fun. I don’t care if they’re playing the Springfield Nuclear Plant Softball Team. Name one fucking team that won in walk-off fashion and then acted like it wasn’t more special than your standard victory. You can’t. So shut the fuck up and enjoy exciting baseball one time for me, you pessimistic fuck. God.

Once upon a time, this game was started by David Price. Now, mostly because of the attention that he brought upon himself, every Price start is going to be under a microscope and the fans who he rubbed the wrong way with his clubhouse tantrum are going to be waiting for the second that he fucks up so that they can pounce on him. Again, that’s on him. He hasn’t exactly endeared himself to the fan base over the last few months, so that’s probably how it’s gonna be until something changes in that regard.

Last night, Price threw six innings, allowed three earned runs, walked four and struck out six. If he had that exact line against the Yankees his last time out, that’d be a big step forward, but since the Phillies are barely a major league baseball team, I’m giving this start a B- or a C+. Locating was once again a big problem for Price, hence the four walks and the home run that landed in Maine.

But to his credit, he kept them in the game and still gave them six innings on 103 pitches. When guys like Drew Pomeranz don’t have their best stuff, they give you four and a third innings. When guys like Rick Porcello and Price don’t have their best stuff, they’ll at least still give you six and a chance to win. That’s what Price did last night, so I’ll take it, but we all expect much more from him.

Big shout out to the Red Sox bullpen the last couple of nights, too. Over the last two games, the entire Red Sox bullpen, comprised of seven relievers, has combined for a 0.00 ERA with 12 strikeouts over 11 innings of work. Believe it or not, Fernando Abad threw two scoreless innings in the 11th and 12th to record his second win of the season. I’ve made this point many times before, but we’re big on first impressions here in Boston. Abad’s was…bad. Well, he’s actually been pretty good this year. Over his last 13 appearances, he’s got a 1.93 ERA, and opponents are hitting .204 against him with a .545 OPS.

Monday night’s hero was Dustin Pedroia, and this time it was Andrew Benintendi’s turn. After all that talk about moving Benintendi down in the order (some morons even said demote him to Pawtucket), he’s now hitting .419 with a 1.280 OPS in his last eight games, which dates back to his two-homer game in Baltimore on June 4. Over that span, Benintendi has four homers and double, which should really be two doubles because his walk-off hit last night was actually a ground rule double that they ruled as a single.

It might not feel like it, because everyone is so goddamn negative in this town, but the Red Sox have actually won four out of their last five games and seven of their last ten. But I’m sure sports radio today is going to talk about how the Red Sox should’ve beaten the Phillies by ten runs in nine innings in both games. Your wins aren’t winny enough, Red Sox! What the fuck, guys! 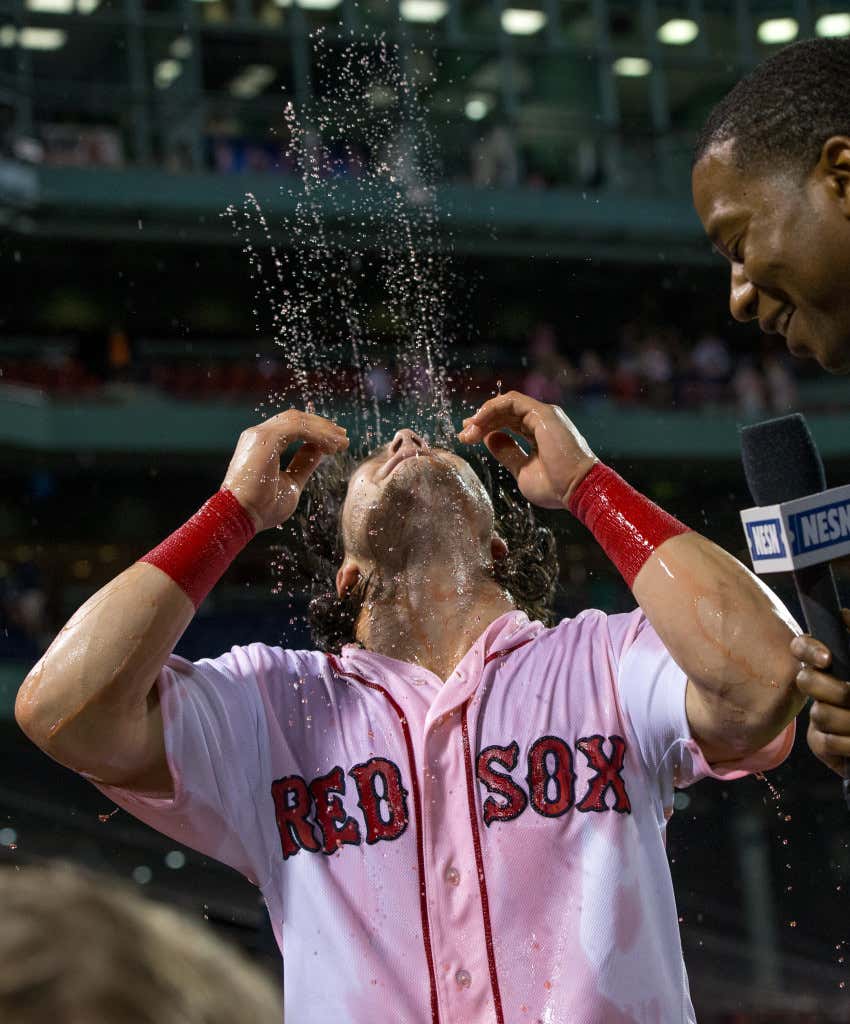