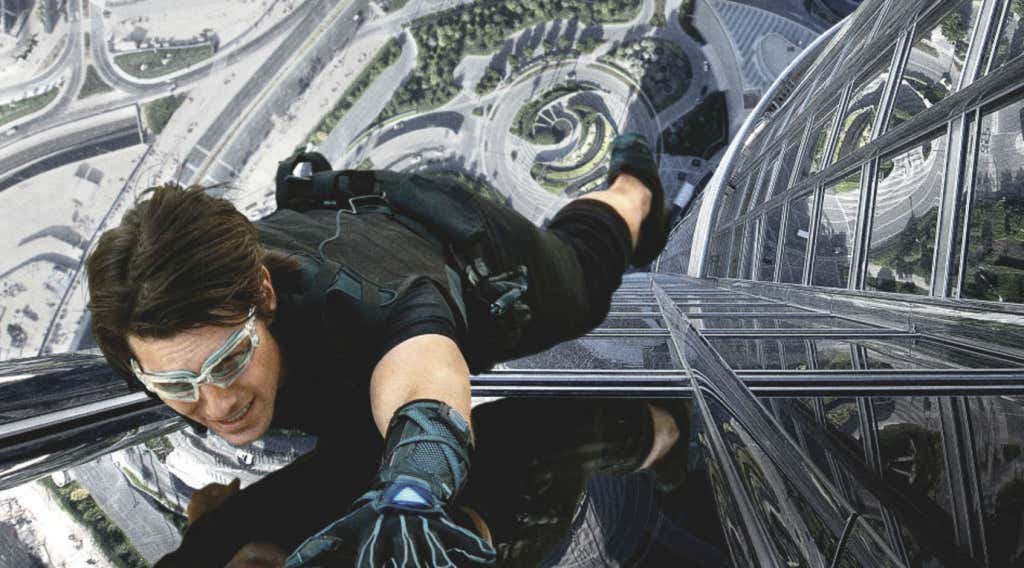 Inverse- Tom Cruise is still somehow scoring flurries of fawning headlines for telling the same basic story about doing his own stunts on set. Cruise and co-star Annabelle Wallis told British talk show host Graham Norton on Friday night that while making The Mummy, he insisted on performing a zero-gravity stunt in a plane 25,000 feet up in the air.

“I had to convince the studio to let me do it, and Annabelle and I had to do the scene 64 times!” Cruise exclaimed. “It took us two days, and the crew was flying around and vomiting in between takes. Normally stunts take months of prepping, but we just did it. It was wild, and I can’t believe the studio actually let me do it!”

I’m a Tom Cruise guy, I really am. Don’t get me wrong here. That being said, it’s time we address how his movies are becoming a serious of things happening around a stupidly dangerous stunt. I think he gets the idea for a new way to kill himself, calls movie studios, shops the stunt, and the winner gets to insert it into page 46 of their generic action movie. He takes way more pride in people going “You know Tom Cruise doesn’t use a stunt double?!” than he does anything else in life. Look at the list!

Mission Impossible 4: Climbing on the side of the world’s tallest building

Mission Impossible 5: Hanging onto the side of a fucking plane

…and now The Mummy, some crazy ass zero gravity thing that made everyone puke during the 64 takes it took him to do it. I’m not saying the stunts don’t make for awesome scenes in awesome movies, not at all. I’m a HUGE Mission Impossible guy. BUT, I’m saying All Biz Pete could put me on the side of that plane with a green screen and a fan in about two seconds, so chill out with the demands that you have to come within an inch every time. We have the technology.

I know I’ve had a ridiculous amount of P.S.-ing in my blogs recently but I gotta P.S. one more time to say that the new Mummy looks like they mashed up 859321 Tom Cruise movies into one trailer. So bad I’m intrigued.